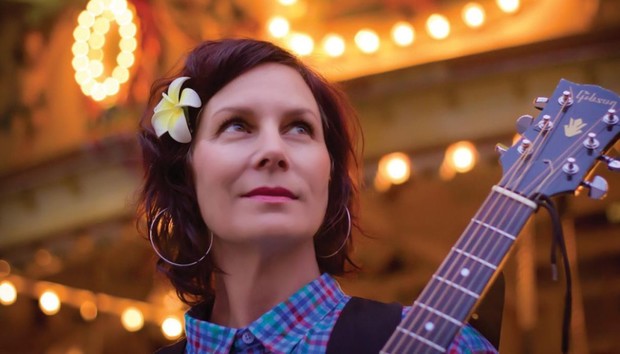 7:12 Donna Dean - The Sound of her Guitar Photo: Supplied

7:30 Spectrum
The Strombolani Connection. Just as most Maori retain knowledge and links with their tribal canoe and marae,  there are clusters of families from other cultures who proudly maintain connections with their region of origin - and the district where they first settled when they came to New Zealand.

8:30 Window on the World
Selling Shakespeare. Shakespeare's plays have been exported to almost every country there is. In Neuss, Germany, a replica of the Globe has stood since 1991. In Bollywood, Shakespeare's stories have been retold since the dawn of Indian cinema, and become major money-spinners courtesy of movies such as Omkara (Othello) and Haider (Hamlet). In corporate America, his plays have been seized upon by executive training teams. And in China, Shakespeare's works are being marketed to a new generation of domestic consumers, eager for a taste of historical culture. Author and critic Andrew Dickson goes on a globe-trotting journey to find out how the Bard is still very much in business - and discovers one of the most successful and flexible cultural brands there is.

9:07 The Drama Hour
A Short History of Contraception by Fiona Samuel.
An unborn child looks back on various occasions when it might have been born had circumstances not been different.

11:07 At the Eleventh Hour
Les Paul. This week in The New Jazz Archive it's the life and legend of the great Les Paul. We'll talk with Paul's godson and rock icon Steve Miller about his memories of his legendary godfather, and find out how Les Paul shaped Millers' own life as a man and musician. And we'll talk with Sue Baker of the Les Paul Foundation about Les's life and legacy, and how the many famous inventions of the Wizard of Waukesha transformed 20th-century music.