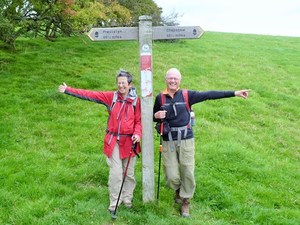 7:30 The Sampler
In this week's Sampler, Nick Bollinger kicks off New Zealand Music Month with reviews of recent local garage rock releases from The Situations, The Raw Nerves, The Conjurors and The Cavemen; the epic first album of Auckland's Mice On Stilts, and existential groove-pop of Wellington's Joe Blossom.

8:30 Window on the World
Forgetting Igbo - Nkem Ifejika can't speak the language of his forefathers. Nkem is British of Nigerian descent and comes from one of Nigeria's biggest ethnic groups the Igbo. He's one of the millions of Nigerians, who live in the diaspora - almost two hundred thousand of them live in Britain.  From Nkem's own London-based family - where his wife is teaching both him and their son to speak Igbo - to the ancestral villages of Anambra State, 'Forgetting Igbo' reveals shifting perspectives on Nigeria's colonial past, emerging new ambitions for its future - and deep fault lines at the heart of its society.

9:07 Tuesday Feature
A Century Apart - A discussion chaired by Jim Mora at the Auckland Museum about the significance of the First World War. Three speakers bring local and global views to this topic including the development of war reporting & media censorship with a WWI interest, centred on the Armenian genocide of 1915-17. The panel features Associate Professor Maartje Abbenhuis,  Dr Felicity Barnes,  and Dr Maria Armoudian all from the University of Auckland.

11:07 At the Eleventh Hour
This week in the Global Village we head to Norway for music from two magnificent saxophonists who combine traditional and jazz influences - the pioneering Jan Garbarek and inventive contemporary player Karl Seglem. Also music from the Sweet Sunny North set from David Lindley and Henry Kaiser with over 60 Norwegian musicians, and "Norwegian Wood" from Herbie Hancock. Plus Jamaican sounds from African saxophonist Manu Dibango and roots reggae group Arise Roots.