Australians have risked penalties by protesting during Covid-19 restrictions in support of Nauru and Manus Island refugees detained in Australia. 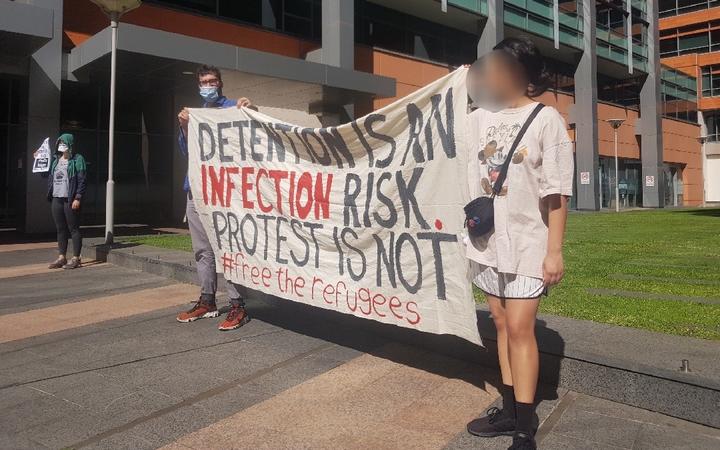 Protesters in Sydney outside the Department of Home Affairs. Photo: Refugee Action Coalition

The refugees, who are held in hotels and detention centres, have been demonstrating for weeks against their indefinite, arbitrary incarceration.

Their protests were sparked by fear of the Covid-19 pandemic.

They say they are unable to comply with Australia's social distancing rules, are exposed to infection by guards and should be released into the community.

A guard from a Brisbane hotel, where about 120 refugees are detained, has tested positive for the virus.

Activist Daniel Cotton said the coronavirus had made the hotels and detention centres "a ticking time-bomb". 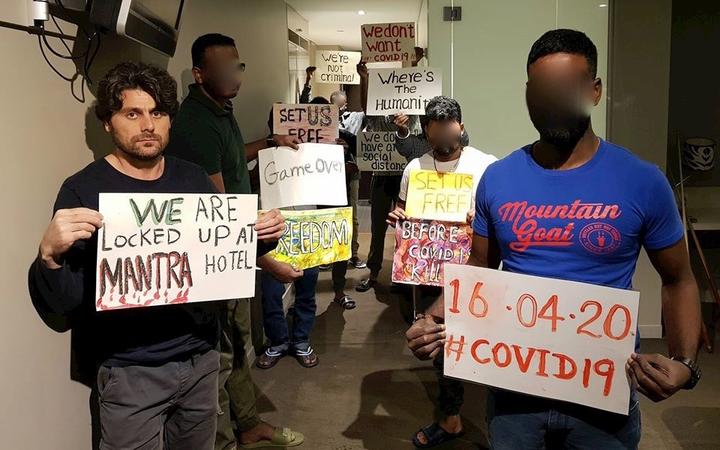 "Scott Morrison is putting everyone at risk by defying the advice of thousands of doctors, the World Health Organisation and the UN refugee agency," he said.

"Refugees have taken to hunger strikes and rooftop protests. We cannot afford to wait for the virus to engulf detention. Refugees and detainees must be released immediately."

Mr Cotton was among protesters outside the Department of Home Affairs in Sydney on Friday before another group demonstrated while exercising outside the Brisbane hotel. 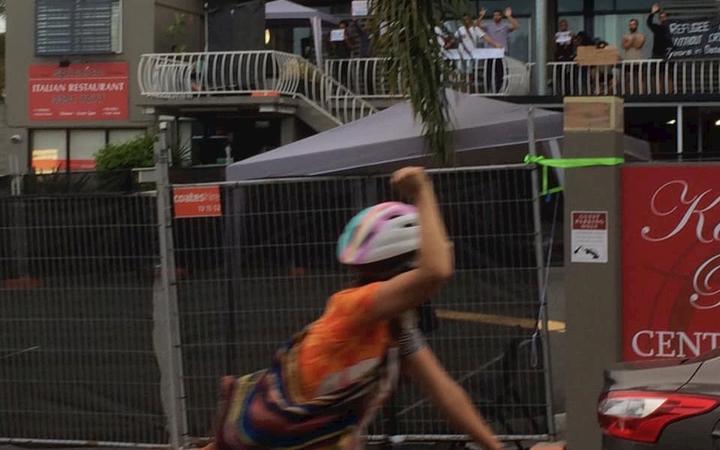 Refugees wave to a cyclist at the exercise protest in Brisbane. Photo: Refugee Action Collective Queensland

Last week, protesters in a Melbourne car cavalcade were fined about $US25,000 for allegedly breaching coronavirus restrictions.

Organiser Chris Breen was arrested and charged with incitement before undercover police tried to break up the protest at its rally point.

More police at the Mantra Hotel, where about 70 refugees are detained, met the protesters which Mr Breen called "overreach".

"It's the detention centres that are unsafe, not our protest… We had a maximum of two people per car from the same household. People stayed in their cars," Mr Breen said. 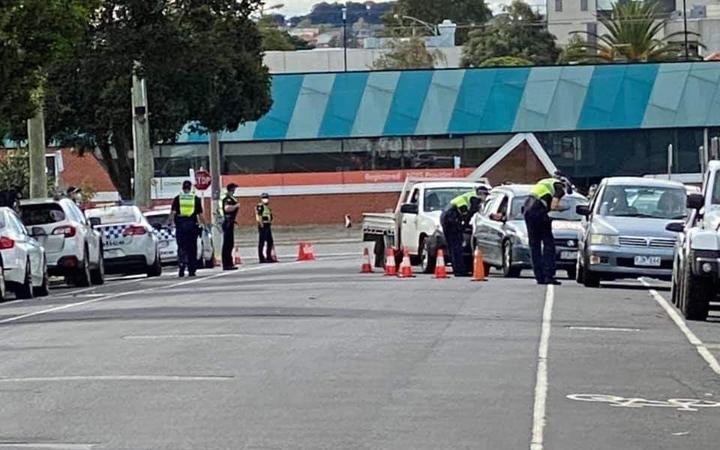 "I spent nine hours in a police cell, they seized all of my computers, my son's computer, my phone. I think it quite clearly was intended to intimidate and shut down protest."

The cavalcade was not the only protest disrupted by police. Detainees at Sydney's Villawood immigration detention centre took to the roof of one its buildings on Easter Saturday to demand protection from Covid-19.

Australia's Human Rights Commissioner Edward Santow has added his voice to calls for the refugees' release.

While warning against "creeping authoritarianism" being imposed through Australia's Covid-19 restrictions, Mr Santow noted the vulnerability of those in detention to the virus. 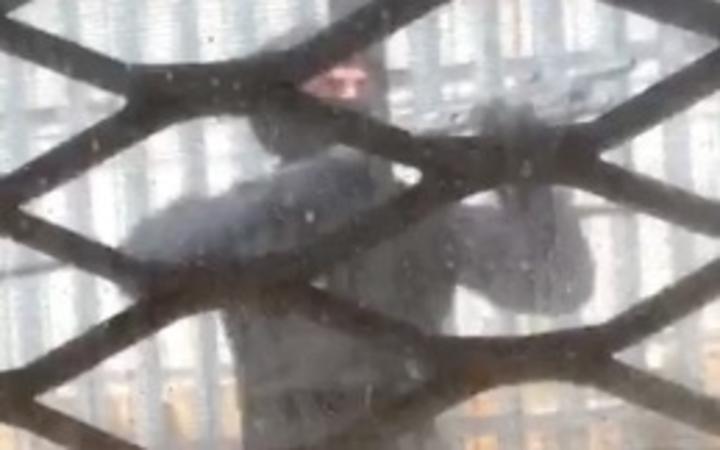 "Through our regular inspections of Australia's immigration detention facilities, we speak with many people seeking asylum from authoritarian conditions in their own countries. The often-crowded conditions in these facilities make physical distancing almost impossible and health experts have recognised the high risk of the virus spreading in such conditions," Mr Santow said.

"Last month, the Australasian Society for Infectious Diseases recommended that immigration detainees, who do not pose a significant security or health risk, should be released into housing in the community. I support this urgent call to action."

The Royal Australian and New Zealand College of Psychiatrists (RANZCP) has also urged the Australian government to release vulnerable refugees as part of its public health response.

RANZCP President Associate Professor John Allan said the poor health of the refugees made them even more susceptible to the coronavirus.

"This is an already traumatised population, many of whom have severe mental health problems and are at increased risk of further depression, anxiety and post-traumatic stress disorder," Dr Allan said. 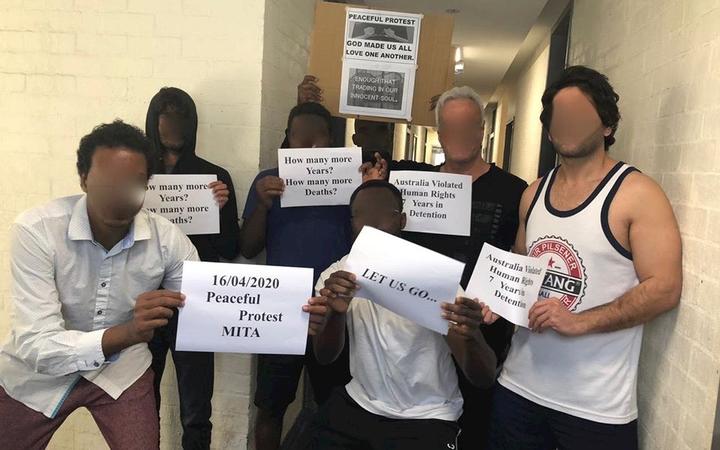 "Many also suffer from other complex and chronic physical conditions such as asthma, chronic obstructive pulmonary disease (COPD), respiratory illness and auto-immune diseases which put them in the high-risk category for Covid-19.

"The threat of an outbreak poses a significant risk to the lives and health of not only the people living in such conditions, but also to the staff working in these facilities and by extension the wider community.

"The planned release of people from detention into community-supported accommodation, accompanied by appropriate community-based services and safety net supports, will help to prevent infection and the spread of Covid-19."