More refugees detained on Manus Island and Nauru have been moved to an Australian hotel amid calls for their release to protect them from Covid-19. 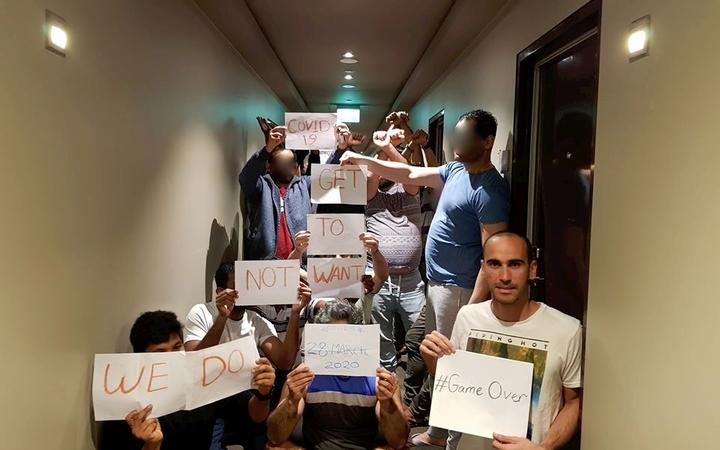 About 30 male refugees joined 80 others in Brisbane on the weekend, transferred from a nearby immigration detention centre.

The transfer came as about 65 refugees detained in a Melbourne hotel launched a daily protest against their incarceration during the pandemic.

Afghan refugee Hakeem Kakar is among the men in Brisbane brought to Australia for medical treatment after more than six years of indefinite, arbitrary detention in Papua New Guinea.

"We should be free, we should be released in the community for self-solation. This is not self-isolation," Mr Kakar said.

"They are closing the clubs, the bars, the pubs, the gyms, everything… but what about here? We are like some kind of animals?"

A guard who worked at the Brisbane hotel has tested positive for Covid-19.

"She was coughing here down at the reception area and then they sent her home," Mr Kakar said.

"So we don't know who was in contact with her and how many other officers got it from her. Some of our boys maybe had contact with those officers or with that lady.

"Everyone is so scared and we need to be tested."

Security firm Serco told SBS News the guard had not been in contact with any refugees for 11 days prior to diagnosis.

But Mr Kakar said some of the refugees had symptoms yet were told they could not be tested.

"I have some friends here, they're coughing and some of them have fever," he said. 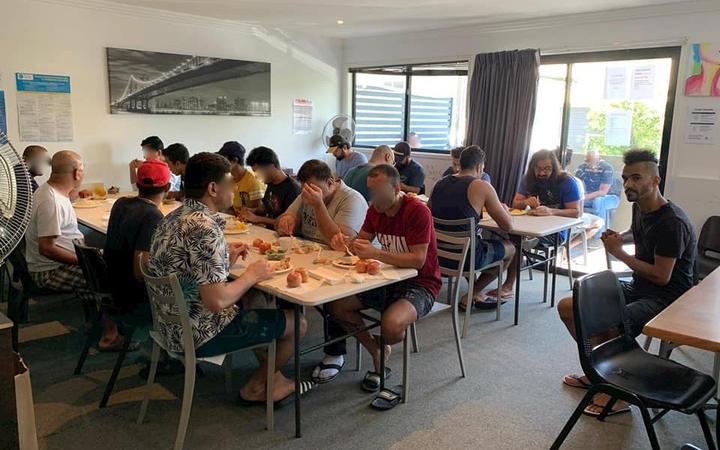 "One of the guys asked ABF 'please, we need to be tested' and their answer was 'there are not enough kits in the world to test you or everyone here'."

Australia's government advises social distancing of 1.5 metres but Mr Kakar said that was impossible for refugees in the overcrowded hotels.

"We don't have any distance from each other. We are very close to each other during lunchtime and during the line when we are grabbing the food," he said.

"In the smoking area… 80 people go to that small balcony to smoke which is very dangerous. We are not safe there. Everyone is standing close to each other and the security officers too."

The Australasian Society for Infectious Diseases and the Australian College of Infection Prevention and Control have backed the refugees' call for release.

In a joint statement, the peak professional bodies said the refugees should be placed in the community.

"We understand that around 1400 asylum seekers and other non-citizens are being held in detention in crowded conditions that would preclude adequate social distancing or self-isolation.

"This would potentially pose a risk to their health in the event of an outbreak of Covid-19, as outbreaks in other crowded settings, including detention facilities, have been well documented to date.

"We urge the Commonwealth government to consider the release of detainees into suitable housing in the community if they do not pose a significant security or health risk." 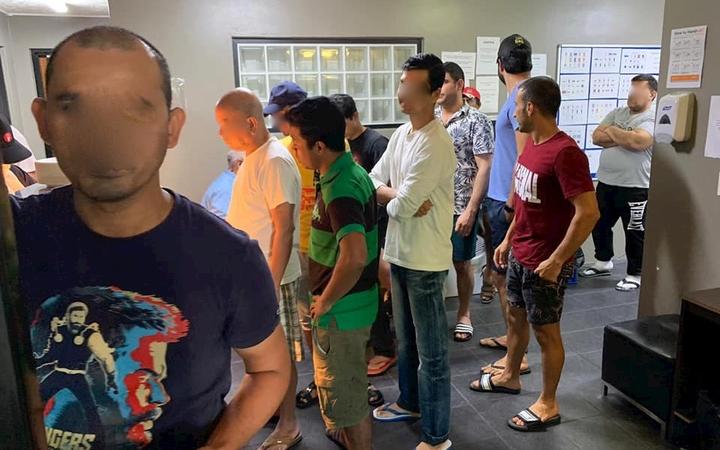 But the government told SBS News it would not release prisoners from immigration detention.

It said no detainees had tested positive for the virus but would not reveal if any had been tested.

"Infection control plans are in place and plans to manage suspected cases of Covid-19 have been developed and tested," it told SBS.

Pressure to protect people in detention from Covid-19 has also been applied by UN High Commissioner for Human Rights Michelle Bachelet.

"In many countries, detention facilities are overcrowded, in some cases dangerously so... Physical distancing and self-isolation in such conditions are practically impossible," Ms Bachelet said.

Last week, Britain released about 300 people from immigration detention to protect them from the virus.

While noting that several countries had taken positive action, the High Commissioner said to avoid "catastrophic consequences" governments should release those detained arbitrarily as well as those vulnerable to Covid-19, especially the sick.

"Now, more than ever, governments should release every person detained without sufficient legal basis, including political prisoners."