A Kurdish refugee and musician detained in an Australian hotel is being prevented from recording his new song.

Mostafa Azimitabar, or Moz, spent seven years locked up on Manus Island before being transferred to Melbourne four months ago for medical treatment he is yet to receive. 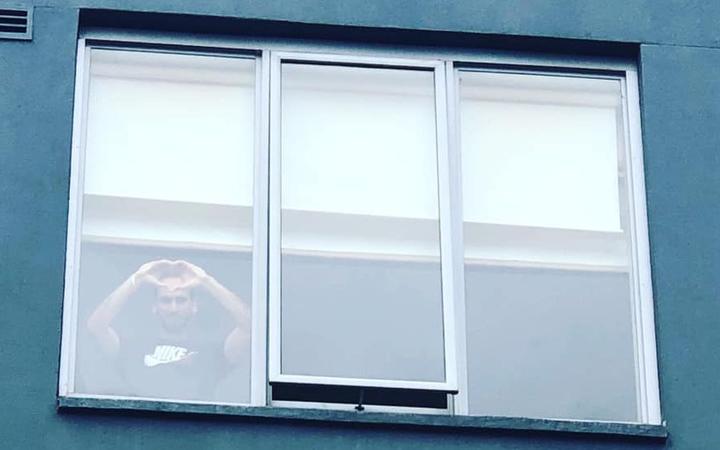 During his detention in Papua New Guinea, Moz collaborated with overseas musicians, including on his song The Birds recorded with New Zealand artist Ruth Mundy.

Now in the hotel with 55 other refugees transferred under the repealed Medevac law, Moz said he was being blocked from going to a nearby studio.

"The music is ready but the problem is I need to record my demo and send it to my musician friends. The studio is five minutes away from this place.

"I asked Serco, ABF [Australian Border Force], everyone who is working here to take me to the studio but they are ignoring me." 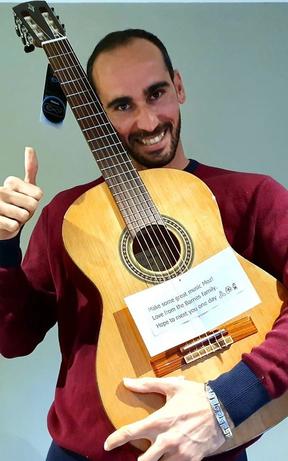 Despite being given a guitar by Australian artist Jimmy Barnes, Moz is not allowed recording equipment at the hotel.

"The legend Jimmy Barnes gifted me a beautiful guitar and it means a lot to me. It's a wonderful gift.

"But I don't know what to do. What is my crime? Why am I not allowed to use a studio. What is the problem?"

Forcibly transferred to PNG without trial, the refugees in Melbourne can only go outside during visits to a nearby detention centre.

"There is not any outdoor space for breathing here. Even we cannot walk in the parking lot," Moz said.

Back at the hotel, where rooms reportedly are costing the Australian government $AU160 per night, an army of guards is employed to police the sick refugees.

"Plenty of security guards are working here and they check the rooms several times a day. They start early morning like six o'clock. They wake us up.

"It's a kind of terrible torture. The Australian government is really expert at torturing us."

Protesters demonstrated outside the hotel on Saturday as they did in Brisbane, were more than 80 refugees are also locked up in a hotel, some for more than seven months.

In Melbourne, the first Aboriginal woman elected to Victoria's Parliament, Lidia Thorpe, told protesters the government's repression of refugees was like that that inflicted on Aboriginal people.

"We know what it's like my brothers. We stand with you in solidarity. We will survive this. we will support your freedom and when you are free we will look after you," Ms Thorpe said. 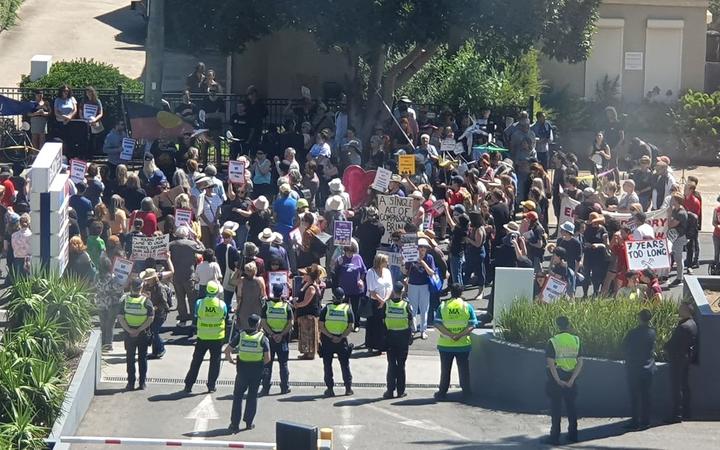 The refugees' view of the protest in Melbourne. Photo: Mostafa Azimitabar

Protest organiser Chris Breen said even though the refugees had been told they would be sent back to PNG and Nauru, that was unlikely.

"In the past lawyers have injuncted people from being returned once they have come to Australia. And the government hasn't been prepared to fight those cases because it thinks it will lose," Mr Breen said.

"So they're sort of stuck here. Papua New Guinea says it doesn't want to take people back so we are saying they should be released into the community."

Offshore, 228 refugees remain stranded in limbo in PNG and 211 in Nauru.

In Port Moresby, Sri Lankan refugee Shaminda Kanipathi said he was probably better off than those in Australian hotels, "because at least we can go outside".

While grateful to the protesters, Moz said the refugees needed more support.

"We really need help. We were tortured on Manus for seven years and now we are locked up in this place.

"For what crime have we been imprisoned for seven years? What is our crime?"