The Catholic Church in Papua New Guinea has called on the prime minister to discuss resettling Manus Island refugees in New Zealand. 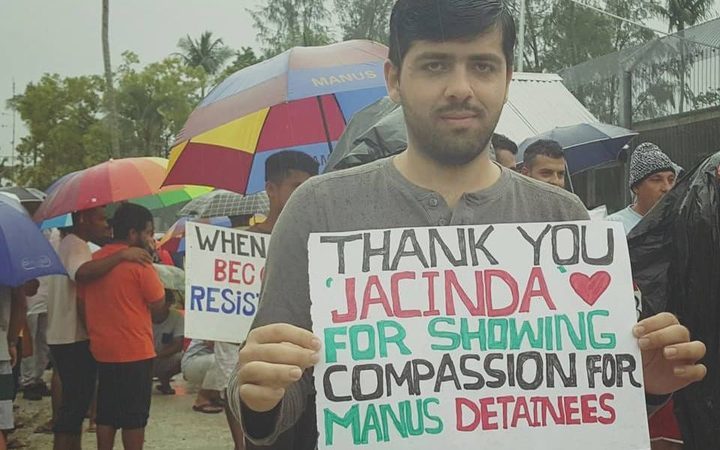 The general secretary of the Catholic Bishops Conference of PNG, Giorgio Licini, wrote to Mr Marape in January to remind him of New Zealand's long standing offer to resettle 150 refugees each year from Australian offshore detention in PNG and Nauru. 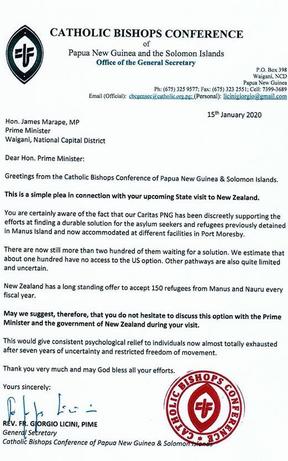 New Zealand's offer was first extended to Australia in 2013 by the then prime minister John Key and restated by the government of Jacinda Ardern.

The Australian government has refused to take up the offer arguing it would encourage more people smuggling by boat and that it would create a back door for the refugees to enter Australia.

Father Giorgio suggested Mr Marape should "not hesitate to discuss this option with the prime minister and the government of New Zealand" as it would give "psychological relief to individuals now almost totally exhausted after seven years of uncertainty and restricted freedom of movement".

There are about 200 refugees left in PNG, 100 of whom are unlikely to be accepted for resettlement in the United States, Father Giorgio said.

A similar number remains on Nauru.

On 19 July, 2013, the Australian government decreed no refugees detained offshore would be resettled in Australia. Since then, it locked up 3127 people without trial on Nauru and Manus Island.

The office of the prosecutor of the International Criminal Court last week described Australia's detention of refugees in PNG and Nauru as cruel, inhuman, degrading and illegal under international law.