A Manus Island refugee has a broken leg and several others are injured after being attacked by an angry mob in Port Moresby.

Sudanese refugee Yasir Omar said the attack in the suburb of Boroko started at about 11pm on Tuesday night, when refugees were accosted outside their accommodation by intoxicated locals. 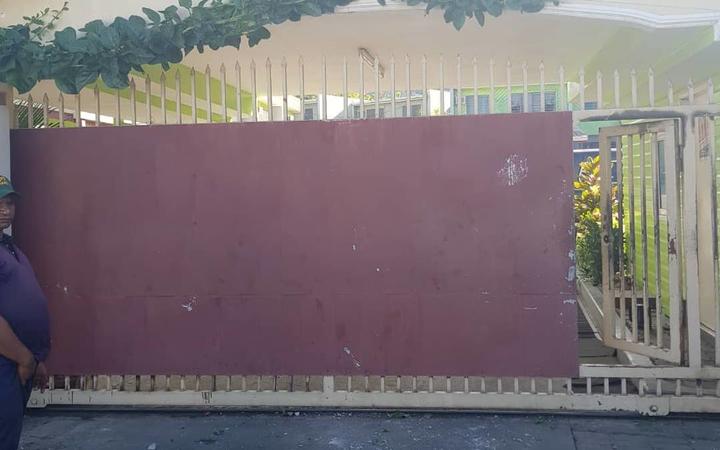 A guard outside the gate in Boroko. Photo: Refugee Action Coalition

"They are drunk so they come and attack the people. One of my friends, they start to fight with him," Mr Omar explained.

Other refugees tried to break up the fight, as did some of the security guards employed by the building owner, two of whom were injured, Mr Omar said.

"Then we go back inside. They tried to break the gate and come inside. Then they start to throw the stones inside."

The mob, which eventually grew to about 20 people, was reportedly yelling, "we will kill you; get out of our country".

"Some of my friends they get injuries, they get hit by stones. One of the guys in the head, another in the hand and another guy, the leg broken three times."

The refugees called the police but were told the local station could not send its squad car because it was out of fuel, Mr Omar said.

A police officer eventually came to the scene at about 1.30am on Wednesday morning, the refugee said.

"He fired the gun and the people run away."

Mr Omar said the police were due to return on Wednesday afternoon, however, PNG police could not be reached for comment.

This morning at 3am refugees were attacked by drunken locals at one of the accommodations in Port Moresby where they live. Four men have been injured. This is the daily life for refugees and asylum seekers. This travesty of injustice must end #auspol #UNHCR @NickMcKim #Refugees

Eighteen refugees live in the Boroko complex. About 180 others reside in hotels and rental accommodation across Port Moresby, where they were transferred last year. They are all that remain in PNG of the 1500 or so men who were detained without trial on Manus Island by Australia in 2013.

There is regular tension between refugees and locals in Boroko.

"Every time when we went outside they say: 'we don't want you here. Go back'," Mr Omar said.

"Some people they swear at us and they say: 'we kill you'."

"They're just lashing out. It's like what we've seen before. People, when they've got any kind of grievance, the refugees seem like an easy outlet."

Mr Rintoul said the refugees had not been been given adequate protection in Port Moresby.

"The only security that they've now got is the security that the hotels provide, which is effectively someone on the gate to check people in. As soon as it got serious last night they just took off." 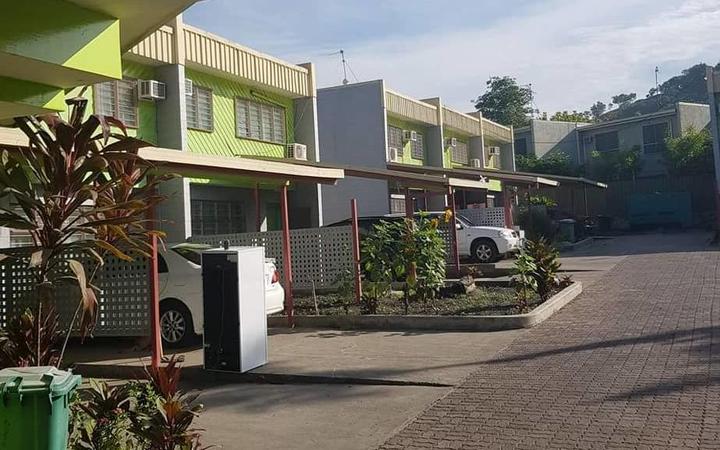 The view from inside the gate at the Boroko accommodation. Photo: Anthea Falkenberg

Security for the refugees was previously provided by the controversial company Paladin, whose contract was terminated in late 2019.

Mr Rintoul said responsibility for security had since fallen to company JDA, another refugee service provider recently mired in controversy.

"(JDA) announced last year that all security would be withdrawn. It would be very interesting to know whether there's any requirement for security written into the contract that JDA has with Australia but certainly none is being provided and they need that immediately," he said.

"No one is going to sleep tonight at Boroko. They'll be standing guard on that gate."

JDA's parent company Applus previously requested all media inquiries be sent to the Australian government, which was approached for comment.

Mr Omar agreed the refugees at Boroko were now on alert.

"From last night until right now, nobody sleep. All the people tension and they are scared about what is happening because really - no safety here," he said.

"They can attack us again."