The Covid-19 pandemic has prompted calls for the evacuation of refugees detained in Papua New Guinea and Nauru by Australia. 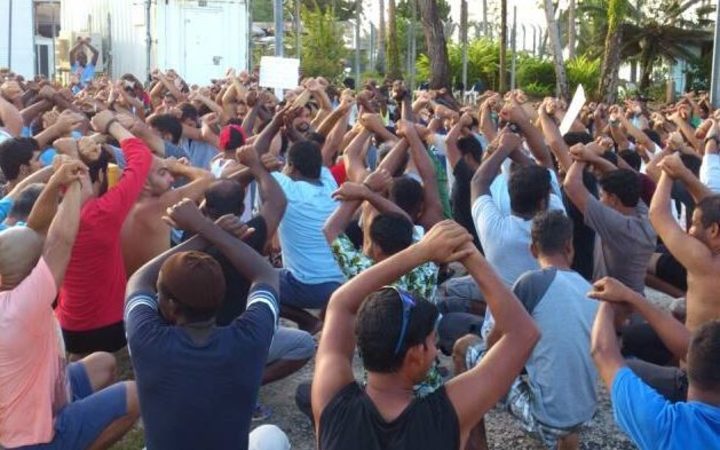 About 210 refugees remain in Nauru and 220 formerly held on Manus Island are now in Port Moresby.

In the PNG capital, Sri Lankan refugee Shaminda Kanapathi said the coronavirus had "dramatically increased anxiety among the refugees".

"Many people have health problems after seven years of medical neglect. They will be particularly vulnerable to the coronavirus," he said.

"The health system in Port Moresby will not cope with any outbreak."

The Refugee Council of Australia agreed that health systems in PNG and Nauru could not withstand full-blown outbreaks.

"There is ample and overwhelming evidence of the inadequacies in healthcare provision in those countries, even with financial support from Australia.

"Further pressure on those fragile health systems could result in their falling apart, with serious consequences for the refugees… many of whom already have chronic illnesses and are immunocompromised."

Our heartfelt thanks goes out to those Doctors,Nurses, medical professionals & all who work tirelessly day and night in order to protect the public by stopping the spread of the devestating #COVID19 Words are inadequate to express our appreciation for all you are doing #auspol

The council said refugees and asylum seekers should be moved from PNG and Nauru.

Both countries have declared states of emergency in response to the pandemic. As of Tuesday, only one case of Covid-19 had been confirmed in PNG.

Mr Kanapathi said refugee support staff in PNG, including caseworkers from company JDA, did not seem to be taking precautions.

"Local staff and security guards come and go but they do not use gloves or masks. They don't use sanitizer," he said.

"There are no public notices. JDA did send a message through a caseworker with general advice about washing our hands, not shaking hands and keeping 1.5 metres away from other people.

"Some guys got a message from JDA that they were in discussions with Home Affairs (Australia) 'to decide what is the best way to ensure your safety'." 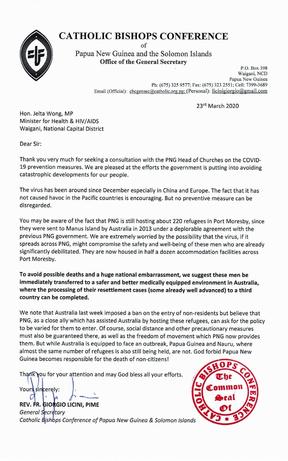 In a letter to Jelta Wong, the Catholic Bishops Conference of PNG reminded the minister about the refugees brought there "under a deplorable agreement with the previous PNG government".

"We are extremely worried by the possibility that the virus… might compromise the safety and well-being of these men who are already significantly debilitated.

"To avoid deaths and a huge national embarrassment we suggest these men be immediately transferred to a safer and better medically equipped environment in Australia.

"We note that Australia imposed a ban on the entry of non residents but believe that PNG, as a close ally which has assisted Australia by hosting these refugees, can ask for the policy to be varied for them to enter.