The centre of Tropical Cyclone Sarai is now passing over Tonga's main island.

The cyclone has weakened to a category one storm, with forecasters saying Tongatapu can expect winds rising to gale force of up to 90 km/hr, with isolated thunderstorms. 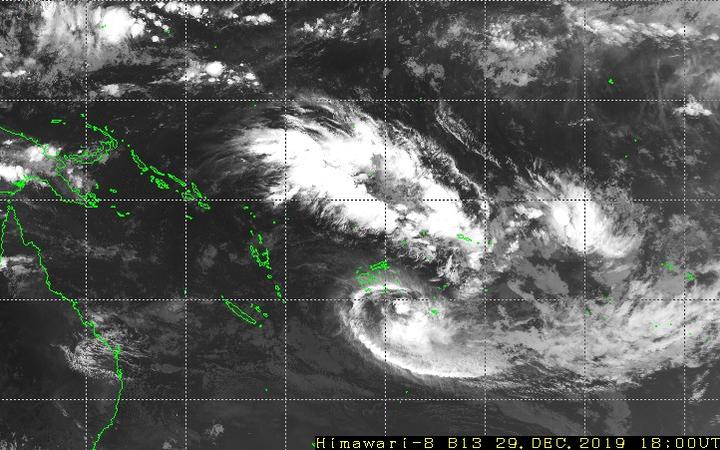 Similar conditions are expected in the northern island groups of Vava'u and Ha'apai.

The seas around the main island are rough to very rough.

Sarai is predicted to weaken further later today, becoming a tropical depression. It is continuing to move east and is likely to bring gales and rain to Niue tomorrow.

Earlier, authorities in Tonga urged all islands to be prepared as the cyclone's track could change and mariners were strongly advised not to venture out to sea especially in smaller fishing boats.

Meanwhile, flights to Tonga have been disrupted by the approaching cyclone in Nuku'alofa with many returning family members and visitors travelling from the United States and Australia via Fiji stranded in Nadi.

A direct flight from Australia that was supposed to have arrived on Sunday was also suspended with the airline saying it would not be considering rescheduling it for 48 hours.

Authorities estimate about 300 incoming and outgoing travellers have been affected by the cancellations.