Tropical Cyclone Sarai is slowly moving away from Fiji, leaving behind damage to homes, crops and some infrastructure across the Fiji group. 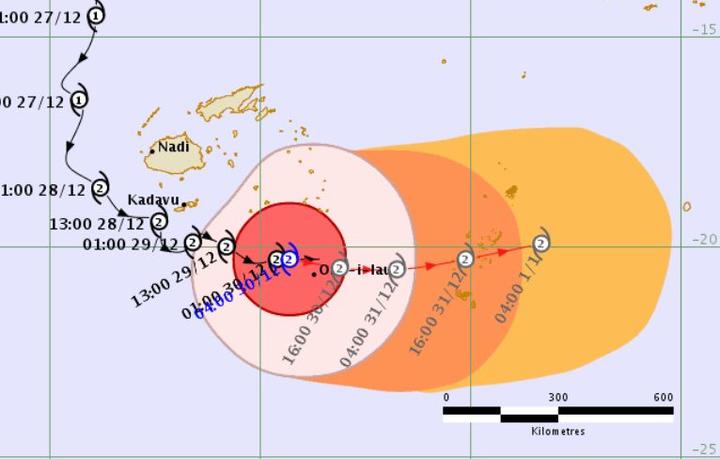 Two people have died during Sarai in Fiji, where the body of a man was found after he went missing in a river during the storm, and another drowned while swimming.

A third person has been hospitalised after being hit by a falling tree.

More than 2000 people remain in the 54 evacuation centres.

Many people across parts of the Central, Western and Northern Divisions have been without power supply since Friday night.

Energy Fiji chief executive Hasmukh Patel has said full restoration to all areas in Viti Levu, the main island, could take up to one week.

Inspectors needed to check over 10,500 kilometres of power network and over 102,000 concrete and wooden poles, which includes steel towers in Viti Levu in order to energise the entire power network in Viti Levu.

Fiji Village reports Energy Fiji said teams started inspections on Friday but it is was slowed down by the wind and rain.

Storm warnings remain in force for islands in Fiji's south as Cyclone Sarai continues on its easterly path - heading towards Tonga.

The storm remains a category two, but forecasters predict it will weaken later today as it enters Tongan waters.

It's still bringing momentary gusts of up to 130 km/hr.