Material salvaged from an Auckland City Rail Link construction site will be shipped to Tonga next month, where it will be used to help rebuild cyclone-battered communities. 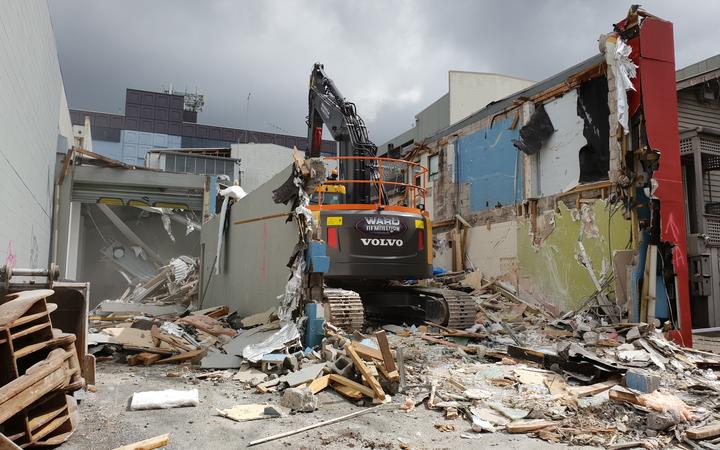 Thirty buildings were demolished in the Auckland suburb of Mt Eden to make way for the City Rail Link. Photo: RNZ / Liu Chen

The material was stripped from City Rail Link buildings being demolished near the Mt Eden station.

Health and safety manager of salvage company TROW, Joe Vagana, told RNZ's Morning Report that a lot of useful building materials would be sent over to Tonga.

"The country is still feeling the effects of Cyclone Gita from last year and there's a lot of rebuilding to do in our communities," he said.

Schools, houses and community buildings will all benefit from the donation.

In August, RNZ Pacific's Tonga correspondent Kalafi Moala said a number of schools were still running classes in tents, 17 months on from the cyclone.

The government had given householders small grants for repairs but Mr Moala said many of these were spent covering other outstanding expenses, such as utility charges.

City Rail Link is a 3.45km underground tunnel aiming to better connect the city's rail network and is due for completion in 2024.

City Rail Link said it bought the first Mt Eden building to be demolished in 2012 and the last four years ago.

The demolition will happen in three stages and the first phase is due to be completed in March next year.