New Zealand is looking to enhance its partnerships with the Pacific's militaries, in a new assessment released on Tuesday. 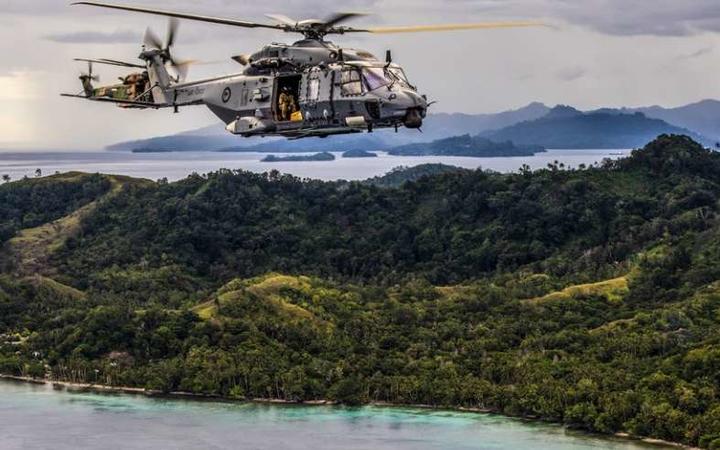 A NZDF helicopter in the Pacific. Photo: NZ Ministry of Defence

Defence minister Ron Mark said the 'Advancing Pacific Partnerships 2019' assessment outlined how New Zealand would be a trusted and reliable partner for the Pacific.

The assessment speaks of a new urgency, about how climate change, transnational crime and geopolitical competition means New Zealand has to act in new ways and at new levels.

The paper establishes that safeguarding New Zealand and Pacific security interests "to be a source of stability and a reliable, valued partner" is of the highest priority for the country's military.

It also weighs heavily on the Boe Declaration, signed by the region's leaders - including Jacinda Ardern - last year at the Pacific Islands Forum, which declared climate change the region's single-greatest security threat.

The assessment said the military would need to collaborate more, be prepared to deploy more, including for disaster response, and be present in an increasingly competitive region.

It also speaks of bolstering people-to-people links to combat geo-strategic competition in the region. Relationships would be New Zealand's competitive edge in that environment, with plans to invest in leadership training, cultural awareness, and other people-to-people measures.

The government's investment in new equipment and a Pacific Leadership Development Programme already went some way to doing that, Mr Mark said.

He aligned the military focus with the government's efforts to catch up with developments in the Pacific after past neglect.

"New Zealand in the past could be guilty of a little paternalistic behaviour, condescending behaviour. And I think that has changed. The engagement is respectful now, it's meaningful now." 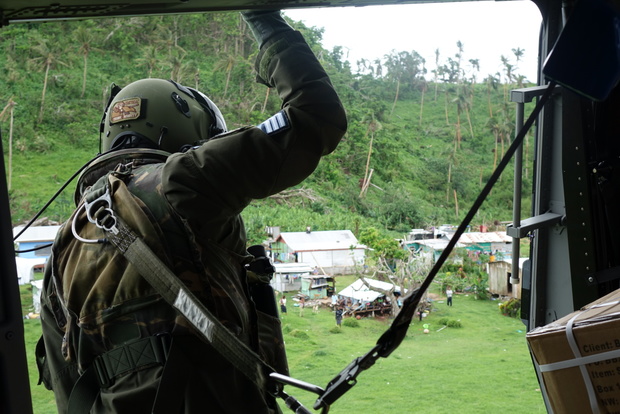 NZDF reaches cyclone-hit communities in Fiji - an NH90 hovering over a remote village, ready to land and deliver aid Photo: RNZI Sally Round

According to the director of Massey University's Centre for Defence and Security Studies, Rouben Azizian, the new assessment is instructive in that it fleshes out the much-touted Pacific Reset.

He said that was helpful because, to date, the Reset had been presented as a rather vague concept.

"There were a number of speeches, and they were not all necessarily all integrated in one particular document," Professor Azizian said.

"There was a lack of understanding, perhaps. And I have to say that given there was ambiguity, and vacuums are never good, the immediate conclusion is, it must be about China."

The assessment said New Zealand would work with "likeminded" regional partners to enhance security, stability and resilience in the Pacific. 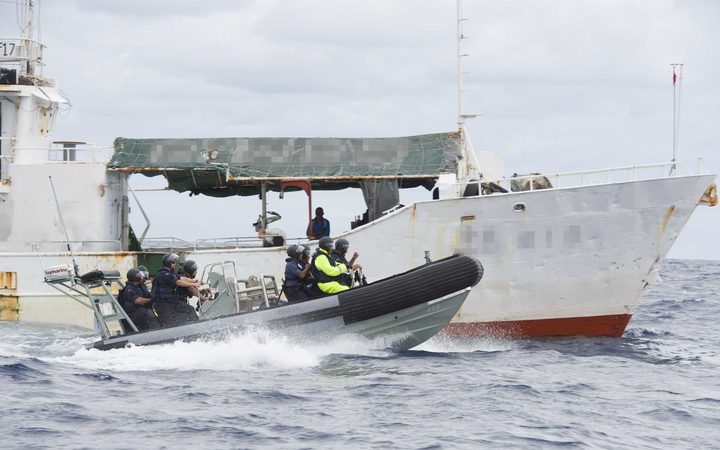