A Fijian soldier in the British Army received the Gallantry Medal for bravery from Queen Elizabeth II at Windsor Castle last Saturday. 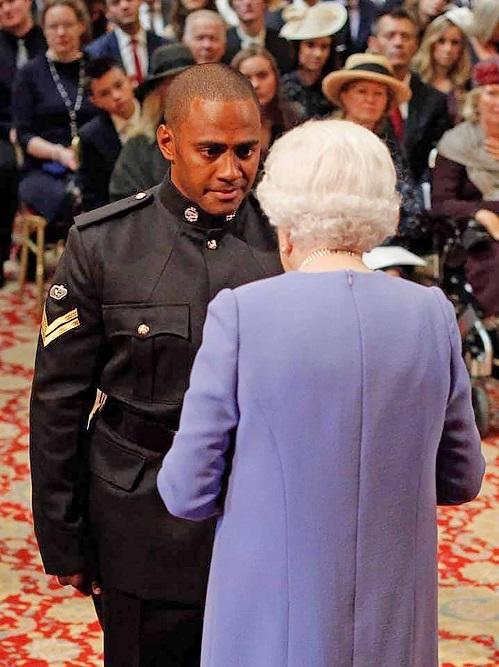 Corporal Saimone Qasenivalu from the Royal Tank Regiment is reported to have jumped into a burning tank to save soldiers trapped inside.

In April, he was on the UK's Special Honours list after he and another officer rescued comrades after a training accident in Wales in mid-2017.

FBC News reports the two soldiers battled smoke and flames to pull two people from the vehicle after an explosion killed two other soldiers.

The Queen's Gallantry Medal is awarded for acts of bravery by civilians and members of the British Armed Forces.