The controversial Ramu nickel mine in Papua New Guinea's Madang province is back in operation after being closed following a slurry spill.

Two hundred thousand litres of toxic slurry spilled into the ocean in August from the mine's Basamuk refinery, turning the sea red.

The Post Courier reported the Mineral Resources Authority had granted permission for the miner to resume operations last Friday less than a week after being shut down by the government.

The authority said its inspectors found the miner had rectified defects and put in place measures to ensure any water from the processing plant was captured and pumped into its tailings treatment facility.

A fishing ban remains in place on the Rai Coast where locals said large marine mammals and fish had washed up dead following the spill.

A community health worker from the Saidor health centre, Lynette Dawo, said those included a dolphin, a turtle, a dugong and a school of tuna.

"We encountered a very big dolphin. It just washed up on the shore to our own beach. A very big one. They buried it and reported it to the marine people. They came and told them to dig it up and when they dug it up they just cut off the intestines and took it away. But after all they didn't even report to us and tell us what will happen," Ms Dawo said. 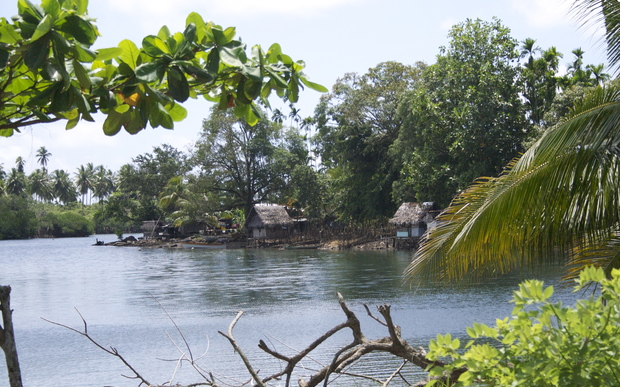 Rai Coast locals were struggling without sustenance from the ocean, Ms Dawo said.

"Now people are suffering, no fish to eat. Our main source of protein we getting from the sea but they stopped it. People are all suffering especially those ones who live on the coast who mainly live on fish," she said.

Also from Saidor, Norman Nayak said without the ability to catch fish, Rai Coast fishermen were out of pocket.

"People along the coast depend heavily on fish. They sell to the markets, they harvest fish for daily meals," Mr Nayak said.

"People are scared. They feel that to visit the sea or get something out of the sea is very dangerous, very risky."

The area has been declared safe for swimming but Ms Dawo said fear of the sea persisted after children developed skin irritations while bathing during the spill.

"Kids went down to the sea to have their washing. They were touched by this acid or poison from the sea and they developed a skin itchiness. Now we told all the kids not to go and wash in the sea," she said.

Other swimmers had been more severely affected, Ms Dawo claimed.

"Three young girls went diving in the sea and when they came out they were screaming for their skin itchiness all over. People rushed over and told them to go the river and wash with fresh water. Later on blisters formed on their skin." 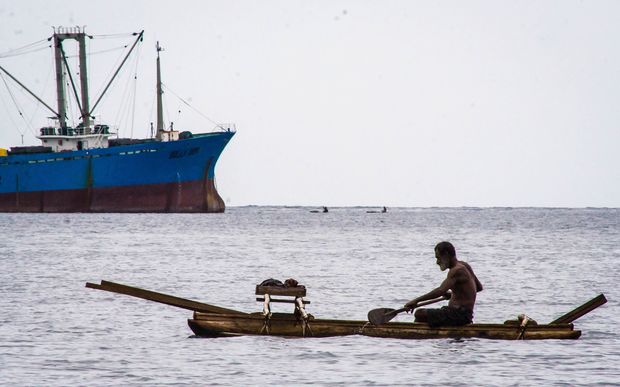 The mine is operated by MCC (Metallurgical Corporation of China) and majority owned by MCC Ramu NiCo Ltd, which told the Post Courier it was grateful to the mining authority for its guidance to rectify faults and for allowing it to resume operations at the processing plant.

"For the mines inspectorate to give us permission to operate after a week of temporary shutdown demonstrates the trust they have in us that we have built over the last 10 years," the miner said.

"We want to tell the people of Madang and PNG that Ramu NiCo is a reputable investor in PNG and remains committed to share the benefits from the project with every stakeholder, including the national government."

But according to Ms Dawo and Mr Nayak, benefits had not been shared with people living around the mine.

"We were all excited thinking it would be a change to bring development into the area. We were thinking that they would help constructing bridges and making improvement in the infrastructure there but nothing has happened so far," Mr Nayak said.

"Recently with the spill, seeing the ocean getting red, people were so scared and shouting 'government has to put a stop to this mining'. It has brought nothing, no development to the locals," he said.

Ms Dawo said people had become so frustrated they could retaliate against the miner.

"This company is one of the greediest companies, doesn't provide anything good for the people. There's no roads. Nothing good is done. There's primary schools, we have two secondary high schools here but they don't even support anything. Our health centre is run down, they are doing nothing.

"That's one of the greediest companies working here in Papua New Guinea."