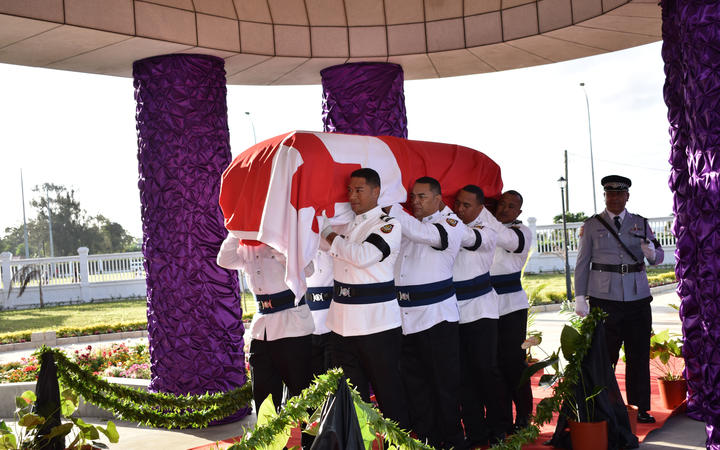 Mr Pohiva died in Auckland last Thursday and was brought back to Tonga yesterday afternoon.

'Akilisi Pohiva and a number of his cabinet and foreign dignitaries were welcomed at Fua'amotu airport by a large crowd of family, government officials and members of the public as well as Her Royal Highness Princess Angelika Latufuipeka Tuku'aho.

Mr Pohiva's cortege made its way to Nuku'alofa with school children and others lining the street for the more than 20-kilometre distance from the airport as a mark of respect.

Last night began the first of two nights of vigil with church and community groups visiting the St George building to pay tribute to Mr Pohiva.

He will remain there until Thursday, when his state funeral and national day of mourning will take place. 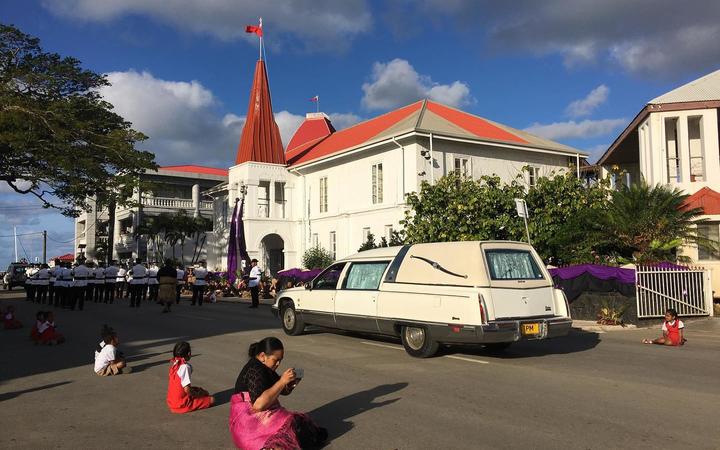