The body of Tongan Prime Minister 'Akilisi Pohiva is on its way back to Tonga, onboard a New Zealand defence force flight. 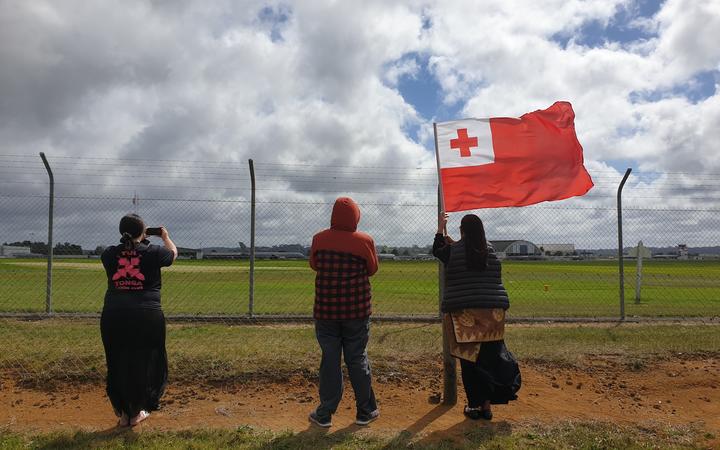 About 10 people gathered outside the base to watch as the plane took off. Photo: Sarah Robson

Mr Pohiva's body was taken to the Whenuapai Air Force base in Auckland this morning in a hearse, with a police escort.

About 10 people gathered along the perimeter of the base to watch as the plane took off just before midday.

Sela Tuionetoa was born in Tonga and came to New Zealand when she was eight years old.

She was holding a Tongan flag as she watched the coffin loaded on to the plane and waited for it to take off.

"I always try to keep my culture and keep up with what's happening back home and it's a sad loss that the Prime Minister of Tonga has passed away. 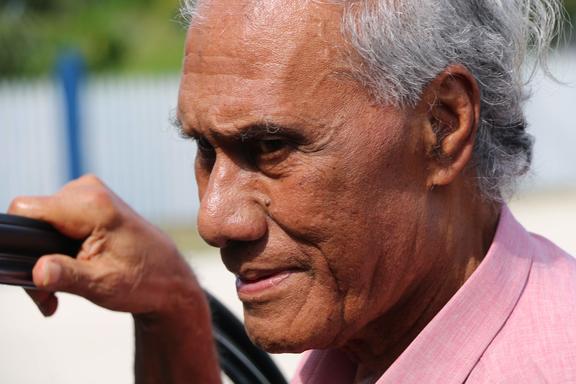 "I am here with my daughter to show some respect, to show that I'm a proud Tongan," she said.

Seini Folau said Mr Pohiva would be missed by Tongans all around the world.

Even though she had work today, she said it was important to farewell him as he was returned home.

"We decided to leave work, we'll go to work tomorrow, and decided to bring our kids here to say their last goodbye to our prime minister," she said.