Vanuatu's government still does not know how the coconut rhinoceros beetle got into the country, Biosecurity Minister Matai Seremaiah says.

It is suspected the beetle was introduced with aggregate or construction equipment shipped to North East Efate from Papua New Guinea.

The minister told a press conference that standard procedures were observed by biosecurity officials in PNG before the ship departed for Vanuatu.

But the team investigating the pests' incursion wants to known who authorised the offloading of the cargo in North East Efate without first landing in Port Vila for a quarantine inspection, Mr Seremaiah said.

Meanwhile, there are reports the pest has already spread to coconut plantations in other communities on Efate and as far as Emae Island.

The government is trying to eradicate the pest to avoid the sort of devastation the beetle has inflicted on coconut and oil palm plantations in Solomon Isands. 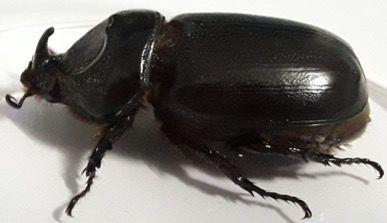