A Fijian family may yet have their day in a European court in what's being seen as a landmark case in the fight against climate change. 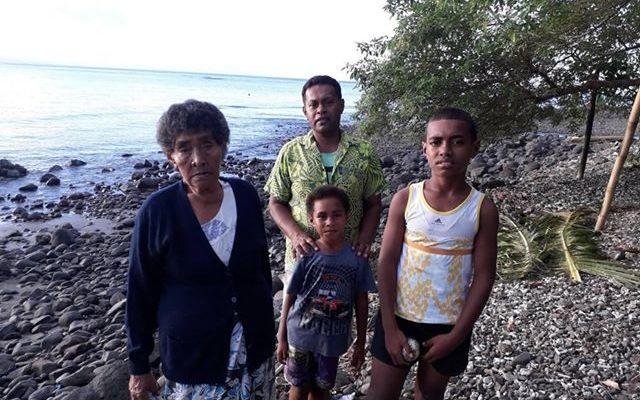 The Qaloibau family from Fiji are among ten families worldwide taking the EU to court over climate change Photo: Supplied

They are the remotest family among ten, mostly from Europe, who are suing the European Union over its climate targets.

Sáminuorra, a group representing indigenous Swedish youth, is also among the plaintiffs.

Petero Qaloibau, his three children and 80-year-old mother, decided to become part of the action in order to shine a light on how the climate crisis had affected their livelihood in Fiji.

They are located the furthest from the court which sits in Luxembourg and grow crops and fruit trees while running a small eco-tourism business for extra cash.

"If it can happen to me here in the Oceania region, I believe it would happen anywhere else in the world," Mr Qaloibau told RNZ Pacific by phone from his village on the coast of Fiji's second largest island of Vanua Levu.

"That is why I quickly grabbed the opportunity."

The other families include cattle-herders in Kenya, a lavender farmer in France and forest owners in Portugal.

They are backed by a range of charities and scientists including the German charity Protect the Planet.

The group claims the EU's target to reduce greenhouse gas emissions by 40 percent by 2030 is inadequate and breaches their fundamental rights.

They're not seeking damages but are aiming to have three European laws which deal with greenhouse gas emissions annulled.

The case puts together families who are all suffering in some respect from climate change, according to retired German law professor Gerd Winter who is representing the group, pro bono.

"All of them are directly affected."

Mr Qaloibau said his earnings from copra, kava and nature tours have become more important since his small shop was swept away during a cyclone in early a decade ago.

"There was raining and raining and a bit of strong wind and we have a big wave coming in.

"We have to move to higher ground, so we have to run for our lives."

The increasingly extreme weather and other effects of climate change also appeared to be affecting the family's crops and Mr Qaloibau estimated the family's income was half what it used to be. 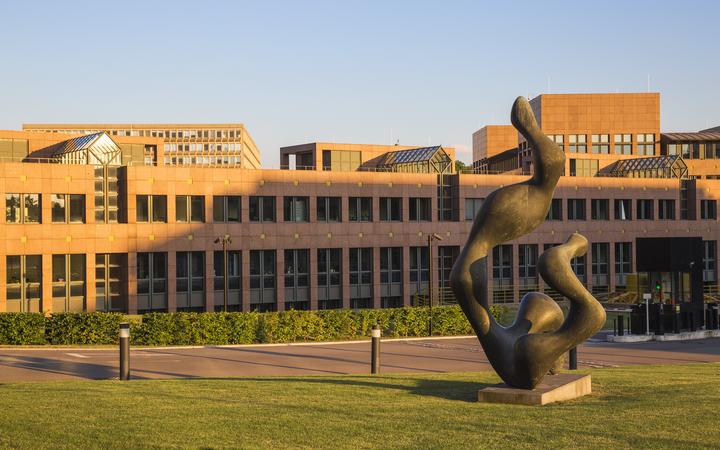 It reasoned that every individual is likely to be affected one way or another by climate change and the plaintiffs had not shown they were "sufficiently and directly" affected by the European policies.

Professor Winter described it as "absurd" that the more serious the damage and the more people are affected, the less access there is to the court.

A "narrow interpretation" of the law cannot hold in times of climate change where everybody is at risk, he said and people like the Qaloibaus should also have redress.

"All of those who are affected by public action of European public authorities in a negative sense must be able to rely on the EU fundamental rights."

An appeal is being planned and the lawyer said if that is successful, the case would then be heard on its merits and the families might be invited to attend.

"We hope that at the next level the court will do this and then at least one person of every family will be invited to join.

"I think this is very important for the judges also to see that they are real persons, not only abstract interests, appearing before the court."

It would be very significant If the substantive case is heard and is successful, according to Professor Winter.

"It would be clear that everyone can argue that he or she is affected ... Which means that also future generations will come into the perspective of climate law."

Meanwhile, Petero Qaloibau said his community is very much in support of the action his family is taking, especially as there are unwelcome plans to relocate the village further inland.

"They don't want to move away from the village but there is continuous coastal erosion so, yes, we have no other option.

"So, when I came up with the idea of voicing our voices for them, they actually supported me well for that too.

"There is a lot of fear as of now on where would be the next move from here."

The families have until mid-July to submit their appeal.