Mass paranoia about abductions has gripped the capital which may be part of an effort to foment unrest, a social commentator says. 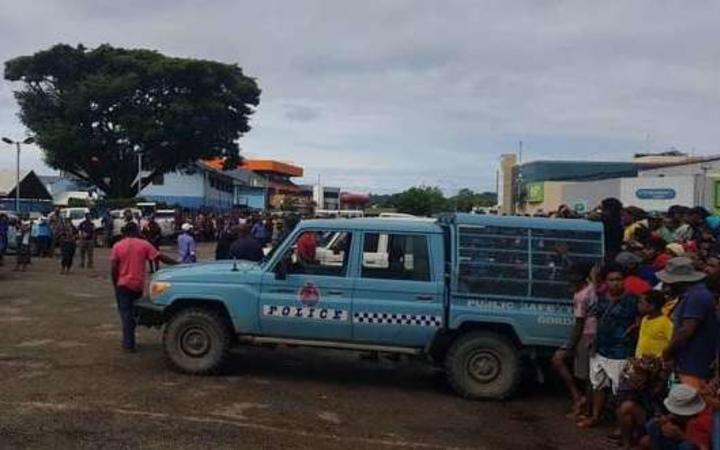 Papua New Guinea police called on the public to be vigilant last month in the wake of reports about female abductions.

But at the weekend, the assistant police commissioner, Donald Yamasombi, issued a statement condemning social media posts that kidnappers had been caught with harvested organs.

"This is totally false. There was no blood stained bag found. I can confidently state that the alleged kidnap stories are totally false," Mr Yamasombi said.

"The body parts for sale racket is also totally false. Fake news is a crime and police will now investigate all such posts in social media and arrest and charge all persons making such posts."

The posts prompted an angry crowd to gather at Boroka police station that was reportedly dispersed with tear gas and gunshots.

A picture of human organs spilling from an icebox accompanied the posts, which social commentator Martyn Namorong said was lifted from an American TV show.

"Despite some of us using social media to inform people that that image is from a US television series everything is going a little bit out of control in terms of scaremongering," Mr Namorong said.

"I think there are some hot head idiots on social media who just want to scare the public." 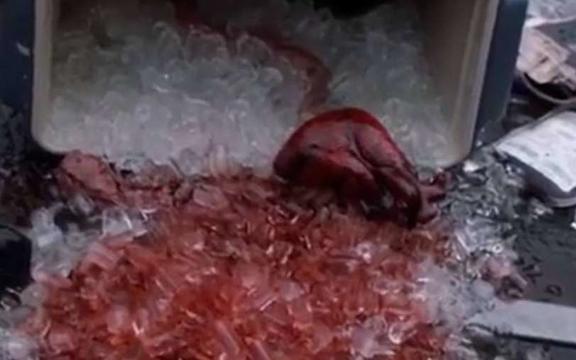 The image used in posts was captured from the TV series Grimm Photo: NCD Alert

In response to the scaremongering, the PNG National Doctors Association issued a statement to allay fears of organ harvesting it said were spreading like wildfire and could cause violence.

"Papua New Guinea is not ready for organ transplant surgery.... Even for overseas organ export, it will barely happen."

Kidnappings in PNG are usually abductions for rape and for retaliation to tribal violence, the association said.

Abductions are often faked by women to avoid being caught in adulterous relationships, it said.

Nevertheless, the labour minister, Mehrra Minchi Kipefa, was reported this week saying his department was investigating an alleged organ smuggler.

The minister could not be reached for comment but the report raised concern at the International Organisation for Migration.

The organisation's chief of mission in PNG, Lance Bonneau, said it was implementing a counter human trafficking programme in the country where it had encountered instances of trafficking for sexual exploitation and forced labour.

Whether there was any truth to the kidnapping for organ harvesting stories was unclear, Mr Bonneau said.

"We're very concerned and working with counterparts to try to get as much information as we can and in doing so, continuing to raise awareness about counter trafficking so that the appropriate authorities can be alerted if there are and suspicions," he said.

"And likewise, the authorities are appealing to the community to make reports if they do witness cases of kidnapping or abduction so that we can get a handle on what is accurate information and what might be rumours."

But a lack of trust in the police prevents some people from reporting crime, Mr Namorong said. 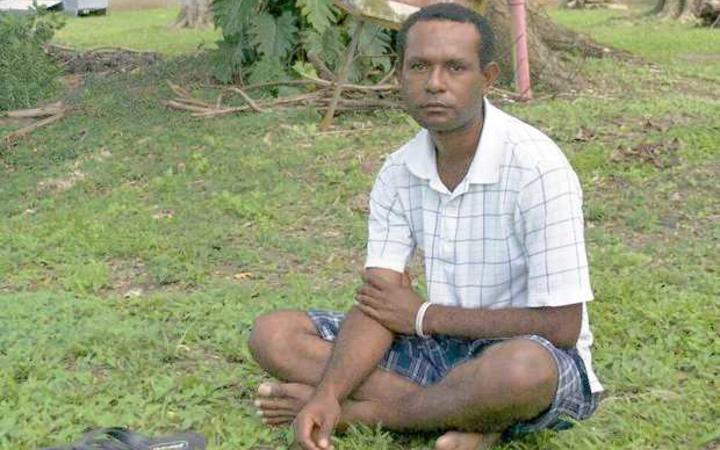 A high level of illiteracy and low levels of education led to an eerie silence falling over Port Moresby this week, as many people believed the kidnapping stories, he said.

"Port Moresby is totally paranoid, there's some sort of a mass psychosis. Everyone is thinking that every vehicle that makes a strange move or every person that does something strange is a kidnapper," Mr Namorong said.

"All the public places that are usually flooded with people are empty. Many of the schools in Port Moresby have closed down. Principals have told students to stay away. Parents are keeping students home."

But more sinister forces could be at play.

As MPs flee the ruling party and security is stepped at parliament in preparation for a vote on the prime minister's leadership, Mr Namarong said the organ harvesting rumours could be an effort to foment civil unrest.

"There could be political actors who are trying to create some sort of social instability in the lead up to the vote of no confidence which is just one week away."

In the meantime, the governor of Port Moresby, Powes Parkop, has urged city residents to take precautions.

Police will be setting up road blocks to track down the kidnappers, he said. The governor could not be reached for comment.