The New Zealand Defence Force has been busy for the past week transporting election officials, police and voting material to remote Solomon Islands communities ahead of the election on Wednesday week.

Fifty-five personnel and two NH90 helicopters have been providing back-up transport support as part of a Combined Task Group led by the Australian Defence Force.

Since arriving in Honiara the helicopters had flown election officials to several remote communities on Taro Island, 500 kilometres northwest of Honiara, and to Gizo and Munda in Western Province.

Squadron Leader Adair said the NH90 is ideal for this sort of work because of its ability to and in remote locations and fly for 2.8 hours without refuelling. 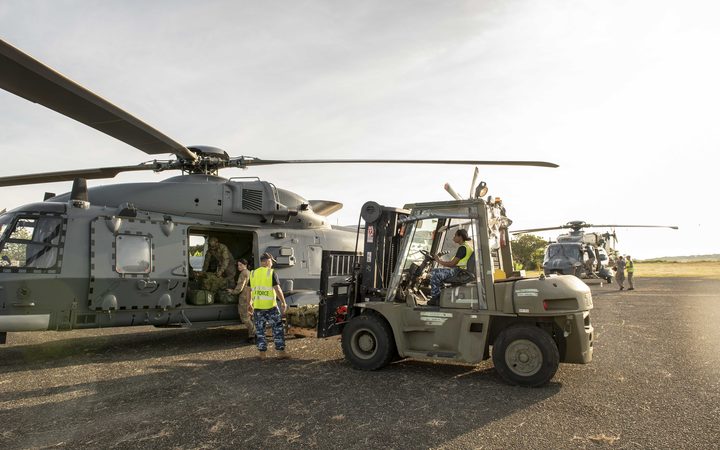 Members of the NZDF and ADF unload the NH-90 off the C17 in Honiara, Solomon Islands. Photo: Copyright NZ Defence Force