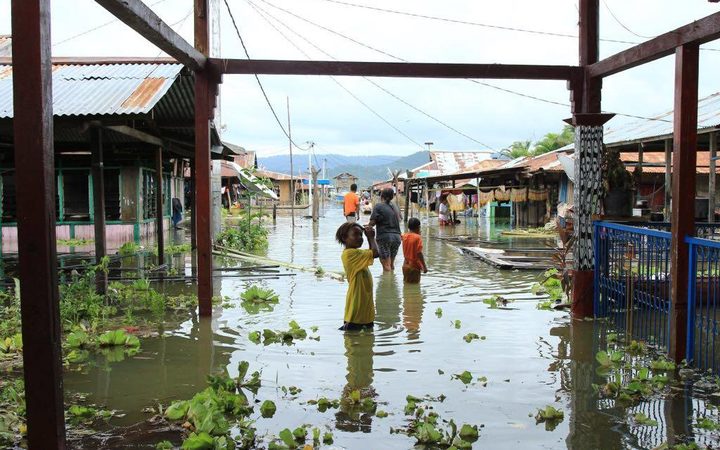 Torrential rain triggered flash flooding and landslides over a week ago, causing Lake Sentani in Jayapura regency to overflow and numerous rivers to burst.

The Disaster Agency spokesman Sutopo Purwo Nugroho said 16,783 people had been affected by the flooding

Almost 4000 of them had taken up shelter at about 30 refuge points around Sentani and nearby Jayapura, Papua's capital.

He said the search was ongoing for about 90 people still missing, while over 100 people were seriously injured by the disaster.

The joint command post for emergency relief efforts told media the current focus is opening transport access to get aid distribution to those in need.

This involves clearing roads of debris, mud and rubble, and rebuilding temporary bridges. 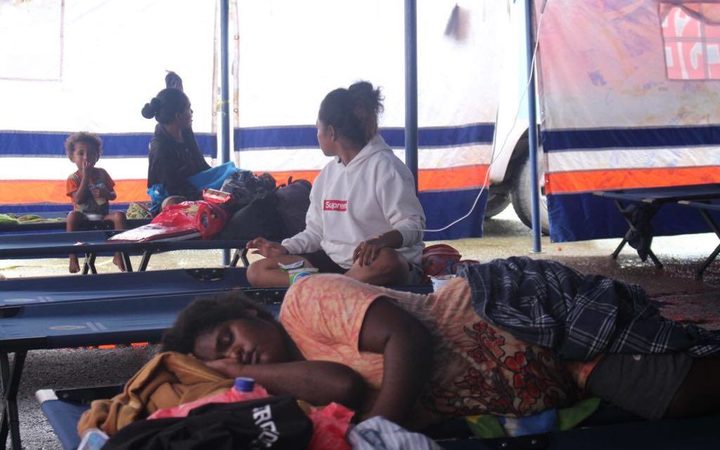 A camp set up following the flooding in Papua Photo: Jubi

Local and national government officials have pointed blame at deforestation and land clearance for the flooding.

Papua Governor Lukas Enembe said communities living in the disaster-affected part of the Cyclops Mountain area would be relocated as part of a plan approved by Indonesia's president Joko Widodo.

In particular, Manokwari district has experienced bridge collapses, and several homes have been hit by landslides and swept away.