Indonesian officials say the death toll from flooding and landslides in Papua has risen to 89, while dozens of people remain missing. 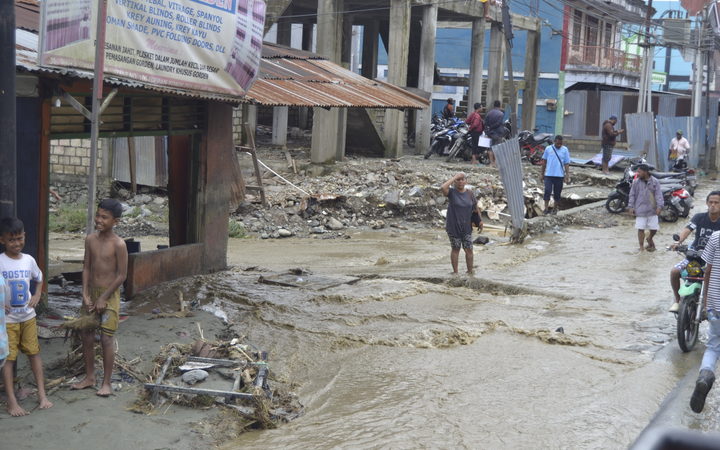 The region around Papua's capital Jayapura, particularly Sentani, has been identified as the worst affected area.

Lake Sentani overflowed and rivers burst when a month's worth of rain fell over seven hours, prompting flash flooding on Saturday evening.

According to the latest update from Indonesia's National Disaster Mitigation Agency, 74 people are missing and 159 people have been injured.

More than 11,000 families have been affected by the flash flooding, 350 houses severely damaged, and numerous roads and bridges seriously damaged too.

According to the Indonesia Red Cross, almost 7000 people have been displaced from flooded villages. 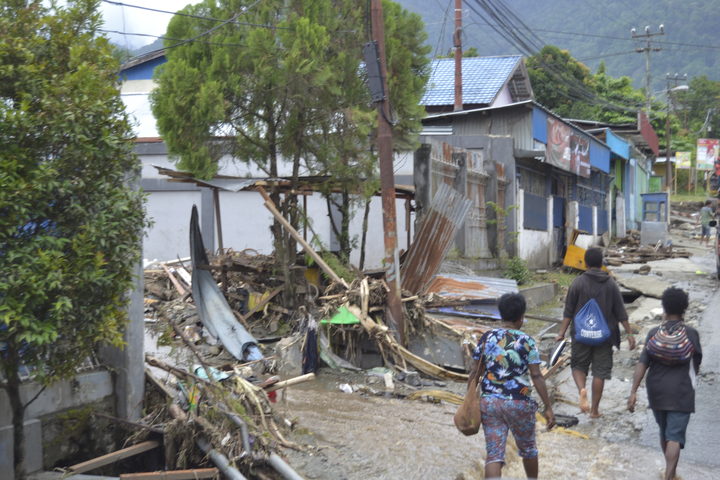 Disaster response teams are still working to move people away from inundated parts at ongoing risk of more flooding.

More than 6,800 people are taking refuge at 15 shelters in Jayapura and they urgently need basic provisions such as food, bedding, clean water, clean clothes and electricity.

The Jakarta Post reports that while aid has continued to arrive from private sources and the government, evacuees are still in urgent need of food, drink and clothing. 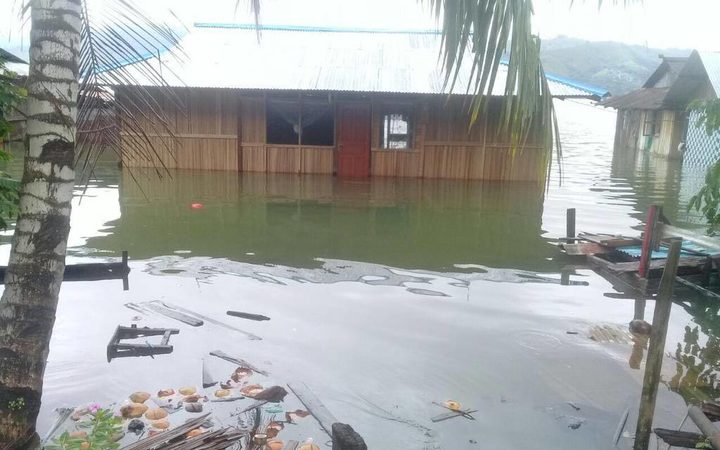 A volunteer from one of the operational shelters in Jayapura regency said there was a shortage of milk for children under five years of age at the shelters.

Some mothers expressed concern about the condition of their children as they began to fall ill.

The volunteer said some children have lost their parents in the flash floods, and they need special services such as counseling and help in searching for relatives and family members.

National Disaster Mitigation Agency spokesperson Sutopo Purwo Nugroho said a joint team from 23 national institutions comprising 1,613 personnel had been deployed to Sentani to provide emergency help for the victims of the flash flooding. 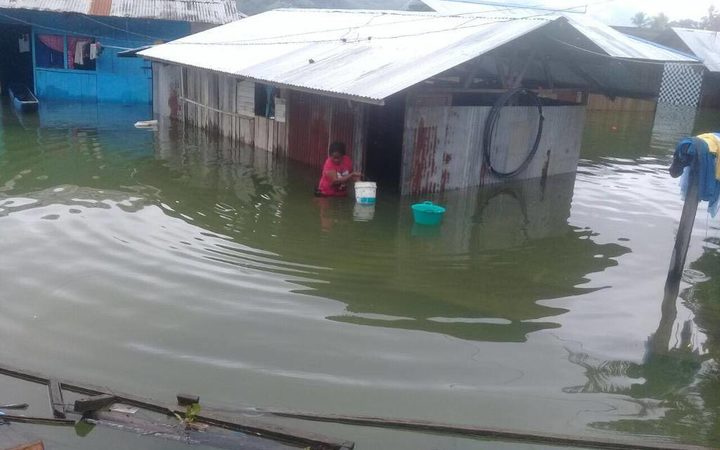