A ship that's leaking oil into the sea off Rennell, in Solomon Islands, could be the largest man-made environmental disaster the country's faced the chair of the country's disaster office said on Thursday. 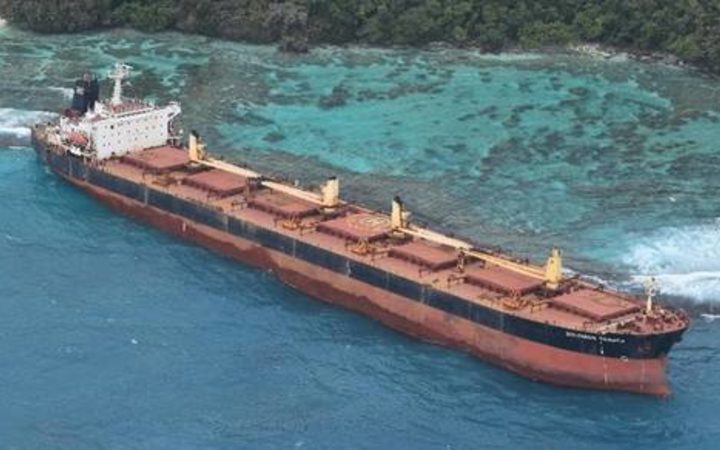 The MV Solomon Trader was servicing a bauxite mine when it hit a reef a week ago.

Bad weather since has hampered efforts to get the ship off the reef, while the ship's owners and the government had squabbled about whether the ship was leaking oil as locals demanded action.

On Wednesday, the Prime Minister asked Australia and other partners to be on standby to help, acknowledging the country's lack of capacity to deal with a major environmental disaster, should one eventuate.

But the chairperson of the National Disaster Committee, Melchior Mataki, said the ship's owner has to take the lead in dealing with the ship.