Fourteen more refugees left Nauru on Sunday to be resettled in the US, according to refugee advocates. 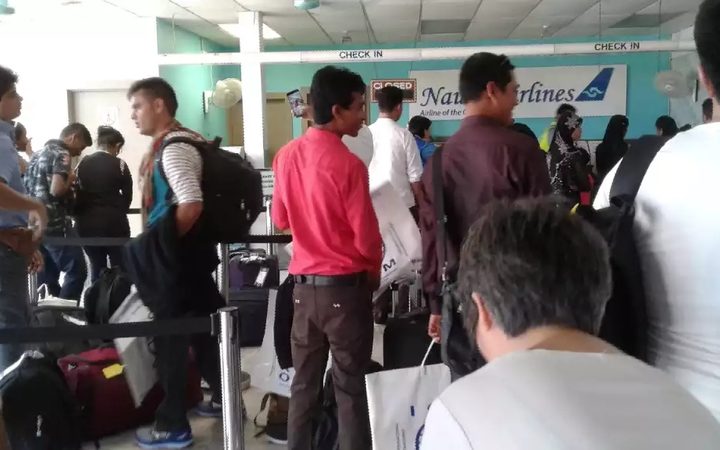 A group of refugees departing Nauru for the USA. Photo: Supplied

The group of mostly single Rohingyan, Afghan, and Pakistani males, also included a single Iranian woman who was previously, incorrectly, reported to have left Nauru earlier this month.

The woman is the only Iranian from Nauru or Papua New Guinea's Manus Island camp to be accepted for US resettlement this year.

Over 1500 people, including over 120 children, remain held in offshore detention on Manus and Nauru with no sign that the US ban on Iranian and Somali refugees is going to be lifted.