An Iranian woman was amoung 21 refugees from Nauru who flew to the United States yesterday to be resettled.

She was the first refugee from Iran on Nauru or Manus Island to be accepted by the US this year. 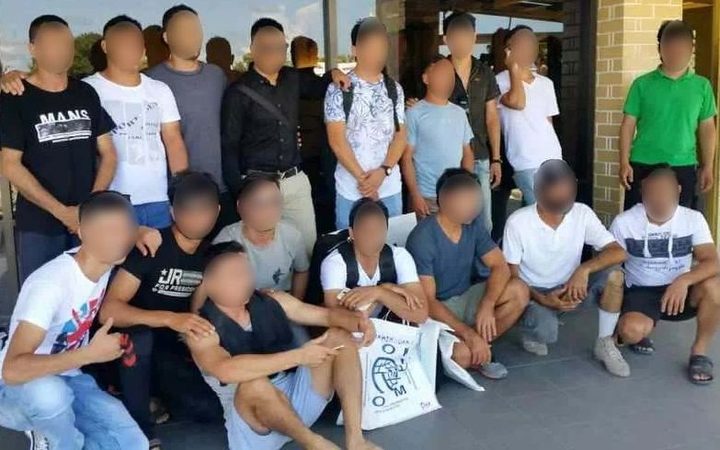 Some of the refugees and their friends at Nauru airport. Photo: Refugee Action Coalition

The refugee advocate Ian Rintoul said her inclusion was not expected to lead to the resettlement of more refugees from the majority Muslim countries whose citizens were banned from the US.

About half of the refugees on Manus and Nauru come from those countries.

"The US deal is drawing to a close on Nauru, but hundreds of refugees and asylum seekers are left with no future," Mr Rintoul said.

"This week will mark five years of the Pacific Solution Mark II and for the majority of people dumped there, there is no end in sight," he said.

"If the Gillard government had accepted New Zealand's offer to take 150 refugee a year in 2013, there would be 750 already settled in New Zealand."

The refugees flying from Nauru are leaving behind a spate of violence that has added to the nightmare of their detention, Mr Rintoul said.

On 10 July, a 24 year-old Somali woman was bashed by two Nauruan security guards after complaining about a broken air-conditioner, he said.

She allegedly spent six hours at the hospital with superficial injuries.

On 13 July at Nibok refugee camp, locals attempted to kick their way into the accommodation of a Somali couple with a 10-month-old baby, Mr Rintoul said.

The locals fled when neighbours came to the rescue but despite calls, the Nauruan police refused to attend, he said.