A group of refugees on Nauru is pleading with the New Zealand government to let them resettle in the country. 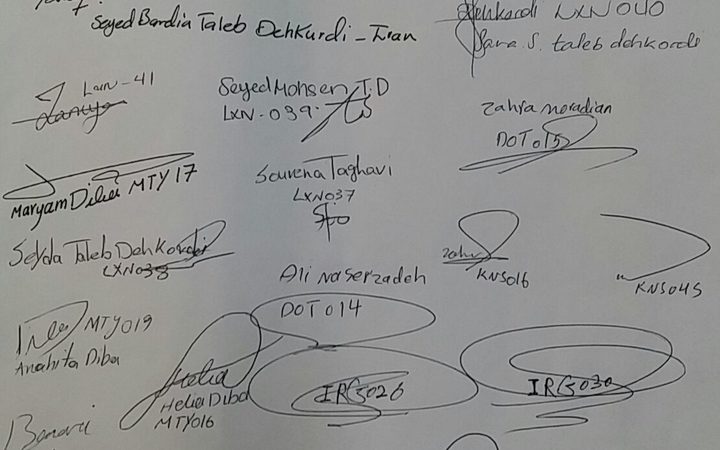 The letter is signed by a group of Nauru refugees. Photo: Supplied.

The US has agreed to resettle up to 1250 refugees from Nauru and Manus Island but has banned migrants from five majority Muslim countries.

About half of Australia's exiles come from those nations.

The letter, to be sent to the New Zealand Prime Minister's office, is signed by 27 refugees saying if allowed to come to New Zealand they promise not to use the country as a backdoor to enter Australia - as the Australian government has claimed could happen. 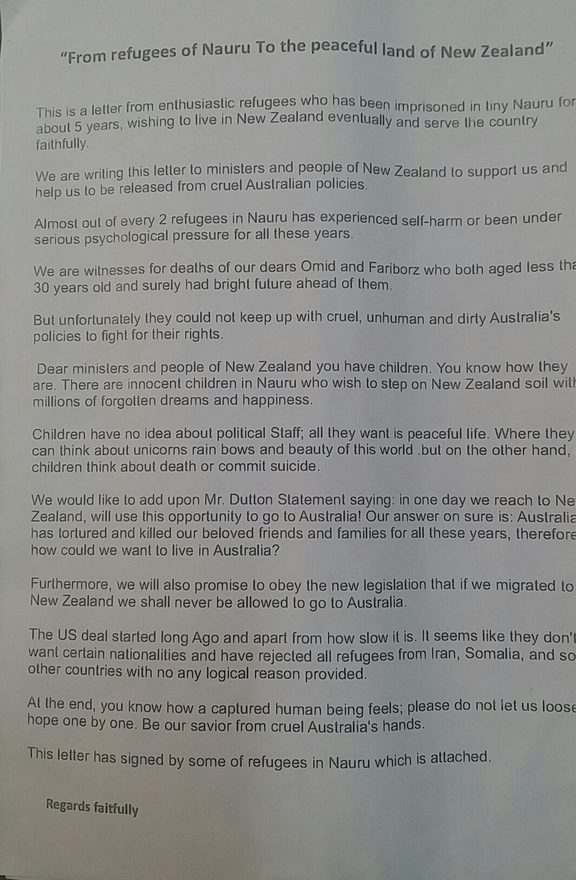 The refugees instead argue that Australia has been so cruel and heartless, that none of them want to go there anyway.

"We are witnesses for deaths of our dears Omid and Fariborz who both aged less than 30 years old and surely had bright futures ahead of them, but unfortunately they could not keep up with cruel, [inhuman] and dirty Australia's policies to fight for their rights.

"Australia has tortured and killed our beloved friends and families for all these years, therefore how could we want to live in Australia?

"Furthermore, we will also promise to obey the new legislation that if we migrated to New Zealand we shall never be allowed to go to Australia."

The letter also begs for New Zealand to think of the future of the refugee's children.

"Dear ministers and people of New Zealand, you have children, you know how they are.

"Children have no idea about political [stuff]; all they want is peaceful life where they can think about unicorns, rainbows and beauty of this world but on the other hand, children think about death of commit suicide [sic]."

The New Zealand government has repeatedly reminded Australia of its offer to take 150 refugees remains on the table, but the Australian government has to date refused to take it up.