Fiji's Prime Minister Frank Bainimarama says engagement with Indonesia is the best way to handle issues of abuse in the Indonesia region of Papua.

The Fiji Sun reports Mr Bainimarama as saying there is a lot of concern about what is happening in Papua with talks of assault and human rights abuses.

But he says at the end of the day it was an issue of Indonesia's sovereignty.

He says the best thing to do is to make Indonesia an associate member of the Melanesian Spearhead Group and it did not make sense to bring in Papua separately. 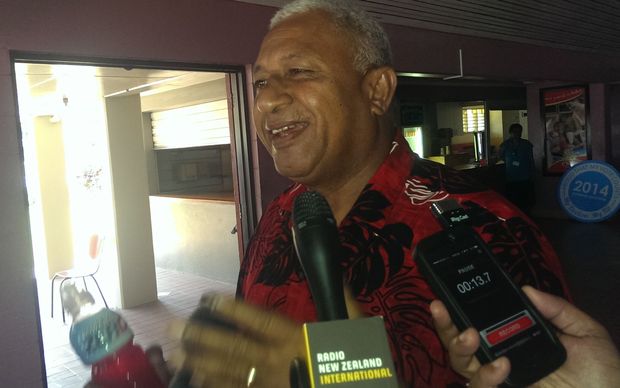 Mr Bainimarama says he is sure if Indonesia was engaged about some of the allegations it would do something about it.

The prime minister was speaking to the media after a meeting of Pacific leaders in Japan.

Last month, the chairman of the Melanesian Spearhead Group, Victor Tutugoro, said a special summit was planned for May 21st to examine the membership bid of the United Liberation Movement for West Papua, but the meeting failed to take place.

The bid for membership was formally submitted to the MSG secretariat in February after an earlier attempt by the West Papuans was rejected because the MSG didn't consider the application to be representative of the Indonesian province.