The Solomon Islands Foreign Minister says the Melanesian Spearhead Group as a collective supports the right of West Papuans to self-determination. 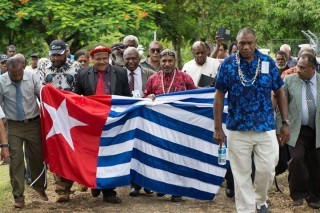 Milner Tozaka says he related this during his recent talks with Indonesia's Foreign Minister Retno Marsudi in Honiara.

"We have a collective stand on it that we support the self-determination of West Papua. But we have to look at it in light of the referendum that was signed (by West Papuans to join Indonesia) in 1969."

Milner Tozaka says the United Liberation Movement's bid will have to be considered under the terms of the MSG membership criteria.