A Side Hustle Story

And then, on March 25, New Zealand went into level 4 lockdown and suddenly... Hofer didn’t have a business any more. Just a load of machines with nothing to cut, and a load of overheads with no money coming in to pay them.

And he’s thinking; “Damn, I gotta get some money in. No, really, it was how the heck can we get some cash flow in?” That’s when he came up with a side hustle 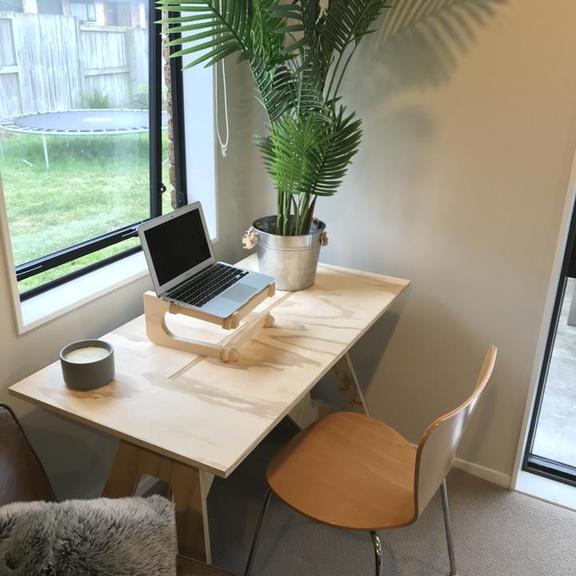 Hofer figured everyone was stuck at home like him and lots of people were having to figure out how to work from home, so they would need desks.

It took him a couple of weeks, but Hofer came up with a design, prototype, new lockdown play-on-words name for his side hustle: Board-At-Home.

“When I actually cut my first one out out of the actual pine and I put it together I was like, man, that is awesome,” he said, “And that was like 45 seconds and I've got a desk and looks cool.

Hofer’s one of a growing number of entrepreneurs with side hustles. Even celebrities are getting in on the action, like Rihanna’s make up range or rapper Drake’s OVO clothing store.

And actually, many of our best-known brands began life as side hustles, such as Spanx, Twitter and even Apple. 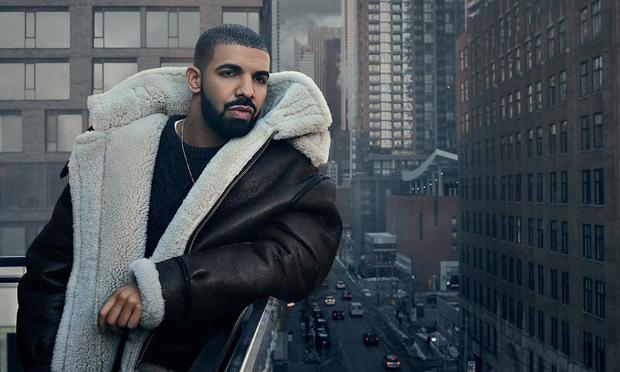 Drake founded the OVO record label in 2012 and recently launched a side hustle streetwear line, under the same name. Photo: supplied

The Finder product comparison site recently released the findings of a survey which showed 41 percent of millennials have a side hustle.

“A lot of those people kind of boosting their income by taking on a side hustle with the most popular ones being selling things line through things like Trade Me or Facebook marketplace,” said Kevin McHugh, Finder’s head of publishing in New Zealand. 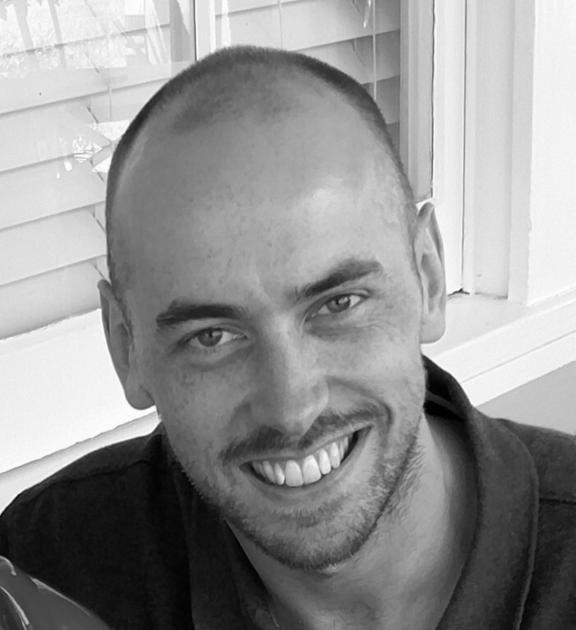 Kevin McHugh, Finder's head of publishing in New Zealand, said side hustles are most popular with millennials. Photo: Supplied

But even the GenXers and Baby Boomers are getting in on the action, with 31 percent and 26 percent respectively of them having a side hustle.

Is a side hustle just a part-time job?

Not exactly. A big part of it is to do with the internet. It’s not that side hustles have to be internet-based, lots of them aren’t, but side hustles are often internet-enabled.

For example, the Uber platform makes it far easier to be a taxi driver in your off-time, Airbnb means you can rent out rooms, when you probably wouldn’t if you had to advertise in the paper or put a sign in the window. And there are dozens of cheap and easy ways to sell stuff online.

Fourteen-year-old Maia Bennett has three ways of earning money - she babysits, she cleans her dad’s office, and she sells clothes through a site called Designer Wardrobe.

The babysitting and the cleaning probably count as part time jobs. But the clothes, that’s a side hustle

Maia is a regular teenager, but she’s already thinking about things like pricing strategies, customer preferences, and the demographic of her market

“I mean it’s [her side hustle] definitely teaching me things about profit margins and catering to your audience and things like that,” said Maia. “I probably sold each item for about anywhere from like, $15 to $25 around there. Because you don't want to make it too expensive. Because most people they're quite young. And the reason they're buying is because they want to be cheaper.”

“I definitely kept in mind the demographic and what sort of things people would want and the style that sort of Designer Wardrobe customers have, I guess.” 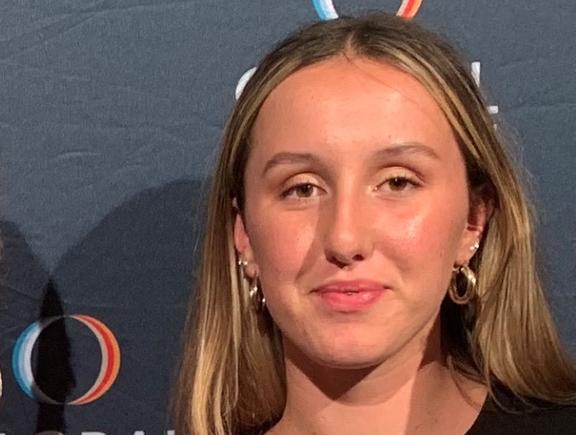 Maia Bennett (14) has a side hustle selling clothes through the Designer Wardrobe website. Photo: Supplied

Maia raised about $600 in spending money for her family trip to Japan. But when she got there, pre-coronavirus, she didn’t just go on a shopping spree for herself, she kept part of that money to buy cheap clothes in Japanese thrift stores and then sold them when she got back to New Zealand. To make more money.

“It's really easy to do like, you don't have to go out and work hours and hours. You know, you just upload it from your bedroom and, and get a good amount of money.”

While side hustles are often about making a bit of extra money on the side. McHugh says for some it’s a way to explore a passion.

“So whether it's things like, you know, playing in a band or making things, crafting things and selling them online, and I think it's really important for millennials, because it's at that period in people's lives, where they're discovering what they want to do, and they're less tied down to one particular career path,” he said.

TVNZ’s One News politics producer Jessica Roden slips into this category with her side hustle, The Naked Pantry. 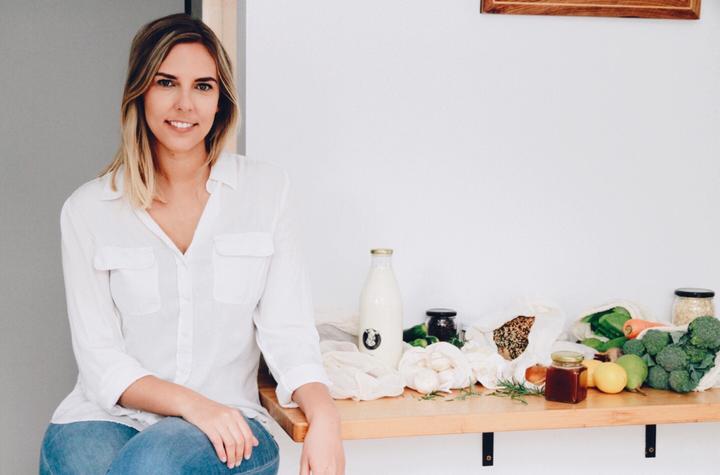 Roden loves her job working in the press gallery; “it's a really incredible honour to work in there.”

But she’s also pretty passionate about the problem of waste.

“Probably two years ago, I got quite interested in zero waste and just trying to reduce my own packaging, trying to reduce plastic particularly single use plastic and it was quite difficult,” she said, “So, about a year ago, I started thinking about, well, is there a way I could make it easier for myself and for other people? And then about six months ago, I actually started working on my business.”

The Naked Pantry is a grocery delivery business, but with no throw-away packaging. You order online, Roden gets the food delivered from local suppliers to a warehouse she rents and she and her boyfriend Sean do the deliveries on Saturdays.

“But I guess when it's something you're passionate about, and this applies to any aspect of life, you make time for it and you make it a priority. So it does require some sacrifices, but I was passionate enough about this, that it was worth those sacrifices.”

It’s got her into a few awkward situations, like the time her milk supplier called as she was waiting for a press conference to begin.

“I had to say, I'm really sorry, I've got to go and was really abrupt with it,” she said. “But most people now know that I'm a journalist as well. So they often they often, you know, like, is now a good time to call you about to interview the prime minister and kind of make a bit of a joke about it.”

This increase in side hustles is a tricky situation for both employers and employees.

The Henley Business School in the UK released a research paper back in 2018. They found side hustles were generating about $140NZ billion a year for the UK economy. That’s roughly 3.6 percent of GDP.

It also said people with side hustles made, on average, 20 percent of their income from their side hustle. 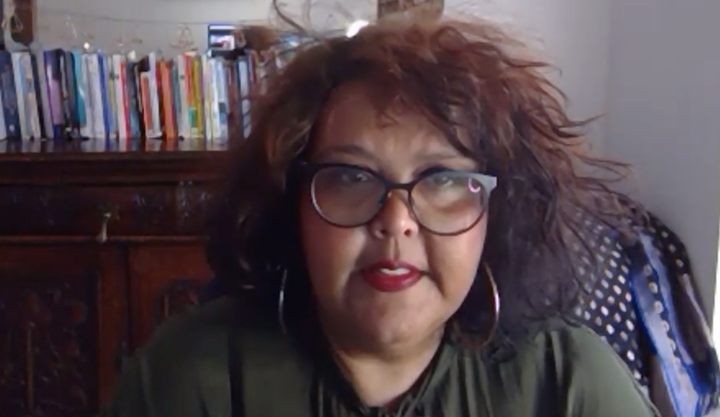 Dr Naeena Pasha said a side hustle can benefit employers too. Photo: Supplied

Dr Naeema Pasha, who co-authored the paper, said having an employee with a side hustle can be a good thing. She uses the example of someone working in financial services who might be a yoga teacher on the side.

“You've got somebody who's thinking creatively, perhaps working with different group of people, they can start collecting ideas and actually come back into the workplace and can enhance the work,” she said.

Pasha said people with side hustles often have good motivation and skills, which only helps with performance and productivity.

"And you probably have a better sense of well being as well, because you feel that you're doing something purposeful.The employer, they're getting a motivated employee who's doing creative things, fulfilling different ambitions that they have.”

On the downside, there are often issues with trust when an employee has a side hustle.

Pasha says misusing work resources to build your side hustle is “crossing some boundaries over trust.”

But in reality, the Henley research showed employees tend to be pretty trustworthy when it comes to their side hustles.

“As human beings as workers on the whole, we tend to be quite loyal and we want to do the right thing,” said Pasha, “So it might happen every now and again. But actually that research showed that when employers had people that were doing side hustles, they didn't find that on the whole, they found it worked well.

But what if your employer is only using their day job as a way to earn enough money until they can afford to launch their side hustle full time?

That’s just the risk you’ve got to take according to Pasha: “You enter a psychological contract with whoever you're working with. So you give something and you expect something back.”

But whereas in the old days jobs were for life and exclusive loyalty was expected, that’s not really the case these days.

And post-COVID19, things are even more uncertain.

“And one of the reasons that people take up side hustles in addition to the passion side of things, is because it gives them another form of income and therefore I do think from that perspective, we will probably see more of a rise from people doing side hustles because it's seen as security,” said Pasha. 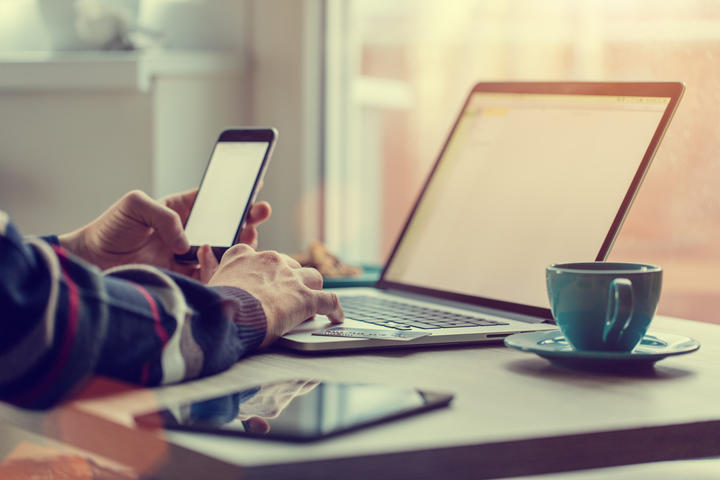 Side hustles are often internet-enabled. Like Maia Bennett's side hustle selling clothing through the Designer Wardrobe website. Photo: 123RF

If you are seriously considering a side hustle, remember that you will still need to pay tax and you might even need to think about ACC and GST too.

And sometimes the income doesn’t match up with the outgoings. Keith Hofer found this out the hard way.

“I have been extremely busy and to be honest. Coming into this week, I said to my wife, man, I would have liked to have a break like everybody else. But sometimes being the owner of the business means you got to get creative.