Last year in New Zealand more than 22 million sheep were slaughtered and many of their 88 million stomachs were wasted or processed into low value products, although there were more than enough to earn $180 million from tripe exports.

But what if someone was able to process some of that waste into something incredibly valuable that employed scientists, technologists and marketers earning big wages and creating value for investors? 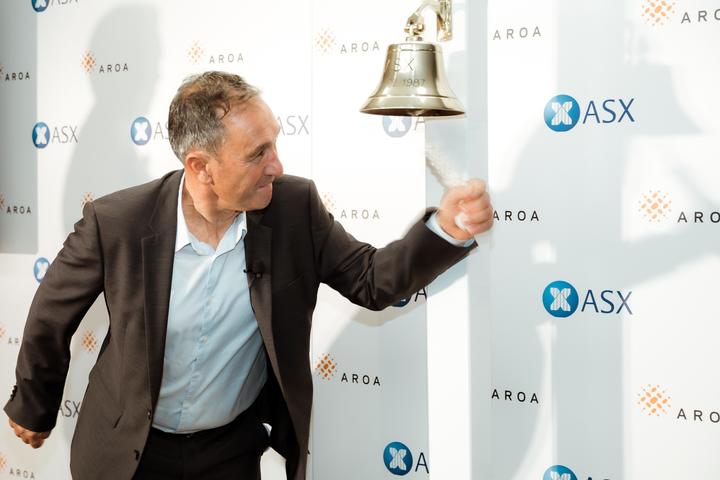 Aroa founder and CEO Brian Ward was so enthusiastic with the launch of his company he broke the ASX bell. Photo: Supplied

Aroa Biosurgery has done just that from its factory in Mangere and a sales office in the United States. Aroa listed last week in a stock market float that valued the biotech firm at over $400 million.

But its listing was in Australia, begging the question of why New Zealand’s investment landscape couldn’t provide the complete capital raising ‘stack’ ranging from initial seed investment right through to a full NZX listing.

Aroa’s product and its story

Aroa effectively turns the forestomach of a sheep into a high-tech type of biological scaffold used to heal difficult wounds faster. To the naked eye, Aroa’s wound care products look like sheets of finely grained paper or fabric.

It’s potentially a big and lucrative market, especially in the United States and other western countries with obesity and diabetes problems. Aroa estimates it’s worth at US$1.5 billion a year. 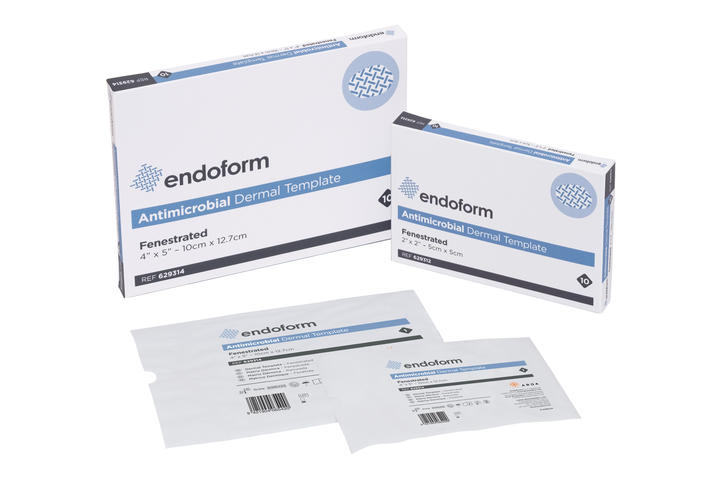 Aroa's product is used on tough wounds, like ulcers or burns. Photo: Supplied

Aroa’s founder and CEO Brian Ward started life as a veterinarian and moved into life science development. In the mid 2000s he noticed scientists at Massey and Otago looking at the potential to use the guts of sheep, cows, pigs and chickens to help human tissue regenerate.

“But it also has a lot of secondary molecules that are associated with that structure that are important signals in healing. And so it provides something that cells can move in to and then quickly lay down tissue.

“And the interesting thing about sheep is that the lambs are relatively young animals. They're growing really quickly. So they have very high levels of a secondary molecules within that tissue. So it's an ideal framework for this tissue regeneration material.” 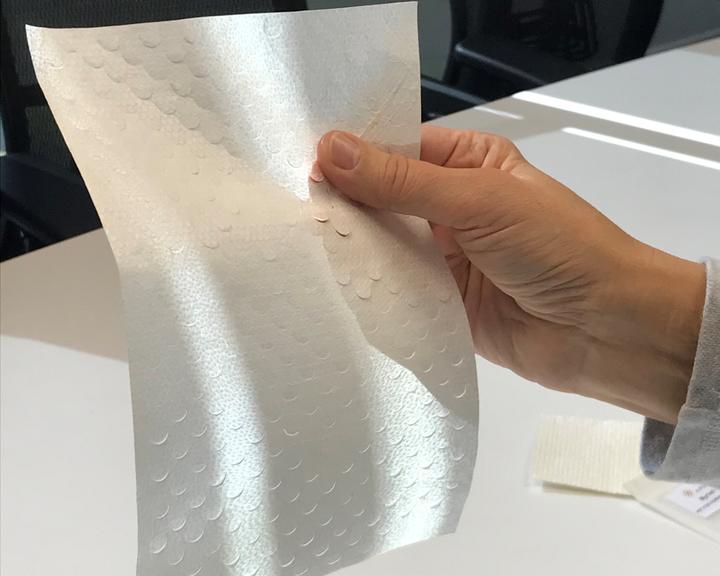 Sheep stomachs are washed, disinfected and turned into would coverings that skin can grow through. Photo: RNZ/Nikki Mandow

Ward formed a company in 2007 and got $1.5m in seed funding to see if the idea could be turned into a product. One of those investors was Movac and founder Phil McCaw also invested in Aroa personally working closely with Ward through more than a decade of ups and downs.

“The thing that was interesting for us was not so much the sheep guts or the cow guts, was actually Brian, just the way he presented -- his experience, the intriguing notion of the idea, the fact that he had a pretty strong patent position was pretty interesting to us -- And he told us it would cost five million dollars and take five years,” he said.

But what started out as a $5m plan over five years, turned into more than $50m over 10 years, including multiple rounds of fresh capital injections.

“It's very difficult to raise funding, to sort of, try to get all the way to the end in one hop. So the company over various stages hit its milestones and earned the right to have more capital come into it,” said McCaw.

Aroa’s investors and directors knew from an early stage that a listing was a better option than an outright ‘trade’ sale to another company, and that investors in Australia were more able to analyse and value Aroa. 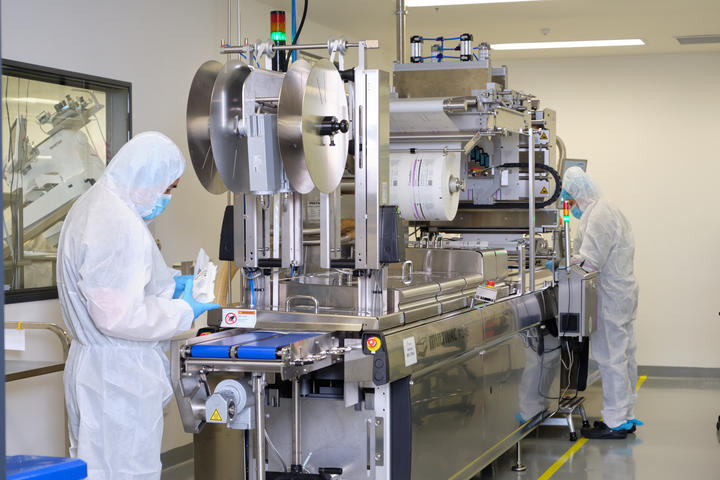 Aroa's underlying technology can be deployed in multiple markets, so an IPO made more sense than a sale. Photo: Supplied

“At Aroa we describe the underlying technology as a platform technology to an extent. It means that technology can be deployed in multiple products, multiple markets, which means you don't necessarily have one natural owner for the business. So we always we always suspected that maximising value for all shareholders in Aroa would require an IPO (Initial Public Offering).”

Aroa briefly thought of going straight to the Nasdaq, which is the US market for biotech and other high growth stocks, but it was just too remote and difficult for Aroa to stand out in.

The ASX won out over the New Zealand Stock Exchange (NZX)

“The ASX just has significantly greater depth when it comes to listed life sciences companies. There are three or four similar companies like Aroa on the ASX,” McCaw said, “There's a pool of analysts who understand Aroa's business.”

So, Aroa listed on the ASX last week and its shares doubled on its first day. The initial public offering of A$40m worth of shares at 75 cents, including A$30m worth of new shares for expansion capital, was well received and the shares traded this week around A$1.50 per share. 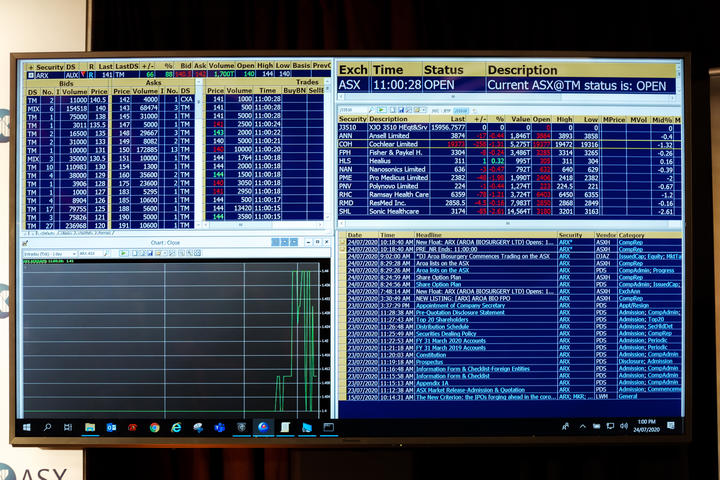 So why don’t Kiwi investors want that growth?

Lance Wiggs is the founder and manager of New Zealand venture capital fund Punakaiki. He said Australia’s market is much larger and more used to investing in higher risk and early stage companies.

“We have very conservative yield oriented capital. And people love real estate here. There's a tax advantage to playing in real estate. And it's hard to compete against that.”

Tax breaks elsewhere, but not here

American and Australian investors are able to find tax breaks for early stage investments, and for longer term investing through pension funds.

“In America you've got this beautiful tax dodge where the company itself doesn't pay tax. The tax burden lies in the person who gets the disbursements. And you could be basing your affairs in any number of low tax jurisdictions,” Wiggs said.

“So there is a huge hole in the tax law in America that venture capitalists and private equity firms are in and big hedge funds and they play in that space. Less so in New Zealand because of our No capital gains tax regime.”

Australia also has a range of tax breaks.

“They've financed a really quite healthy venture capital ecosystem in Australia as a result of that,” Wiggs said.

The Government here has announced the creation of a $300m fund, but has only just launched and has yet to appoint fund managers.

Is now the best time?

Some worry that investing in such high risk companies is sensible in the middle of a recession, but many firms such as Walt Disney, General Electric and Hewlett Packard did just that.

Xero also started just before the Global Financial Crisis and initially struggled when it listed on the NZX in 2007.

“The markets have become highly conditioned and used to what I call baby Xero businesses. The market loves software as a service type companies and it understands how those businesses work,” said McCaw.

“The market is way, way, way, way thinner in the kind of space where Brian and Aroa operates in and our depth of understanding of those businesses. So I don't see that changing anytime soon.” 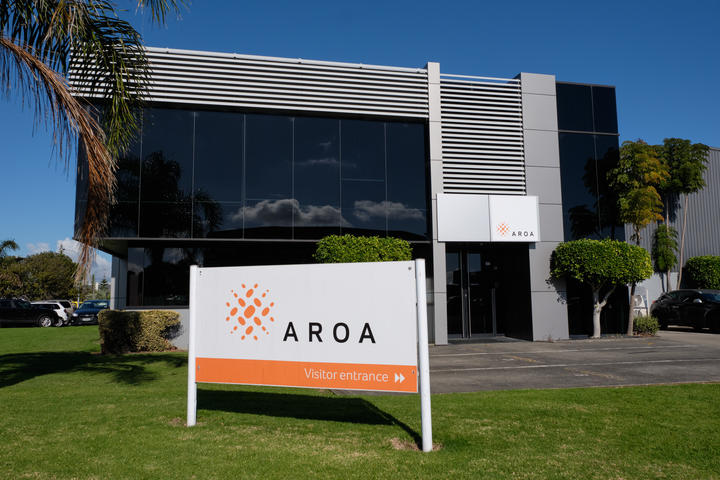 Aroa Biosurgery, with its factory in Mangere and a sales office in the United States, turns sheeps guts into wound care products. Photo: Supplied