If Thomas Edison, inventor of the commercial light bulb (1879) and the electricity distribution system (1880s), was in New Zealand today, he would probably recognise much of what’s going on in our power network. A system of lines delivers electricity from power stations to homes and businesses. 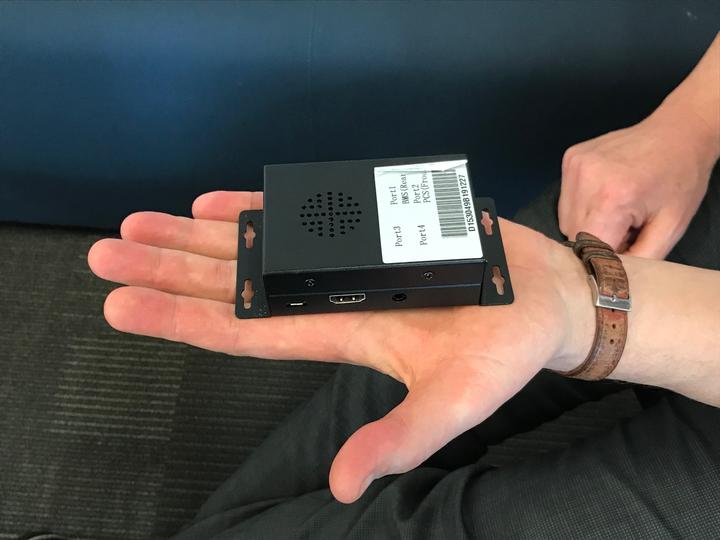 ​This boring black box could make a home an active part of the electricity grid. Photo: RNZ/Nikki Mandow

In the same way that the unidirectional media networks turned into the multi-directional internet, so power could flow constantly in and out of our homes, our cars and even our appliances. And household rooftop solar systems, combined with home battery storage, will be a catalyst for the change.

Eric Pyle picks up a small, boring black box. Small enough to fit in the palm of his hand. Pyle is director of public affairs and policy for solarcity, New Zealand’s biggest solar company. In the past he’s worked for Forest and Bird, the Ministry of Research, Science and Technology, and the Wind Energy Association.

And the box is an electricity computer - part of the solar panel-battery storage system that the company installs into people’s homes. 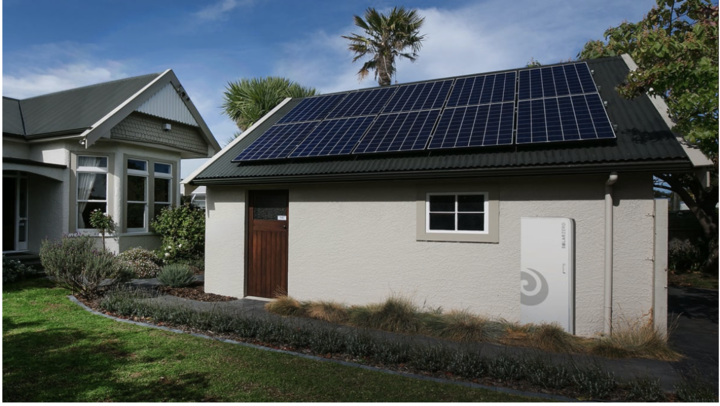 ​All solarcity's panels now come with a battery to store power. Photo: solarcity

“What this black box does is connect the house into the management of the whole power system,” Pyle says.

In theory, it will make someone’s home solar electricity set-up system “an integral part of the power system of the future”.

“But in the future, the black box might say ‘You've got an EV [electric vehicle] and it would be much better if you charge that EV at 10 o'clock at night, because there's not so much congestion on the power network’. So the black box will say to the EV, ‘It’s 10 o'clock, start charging please.’

“But then maybe at 10.37, [national grid operator] Transpower might tell the box ‘Actually, we've got a bit of a glitch on the power system. Can you just stop all your charging and in fact can you inject a bunch of power into the system? Can you do that in the next second and can you do it for six seconds?’

“And the black box goes ‘Fine. I've got that instruction’. And off it goes and does it.”

Add several thousand homes with solar systems, and a handful of different smart electric gadgets in each home - heat pumps, hot water systems, pools, fridge-freezers, as well as EVs and home batteries - and you’ve got a powerful tool to control energy spikes, mitigate outages or even supply enough power into the grid to reduce future generation and transmission investment needs, Pyle says. 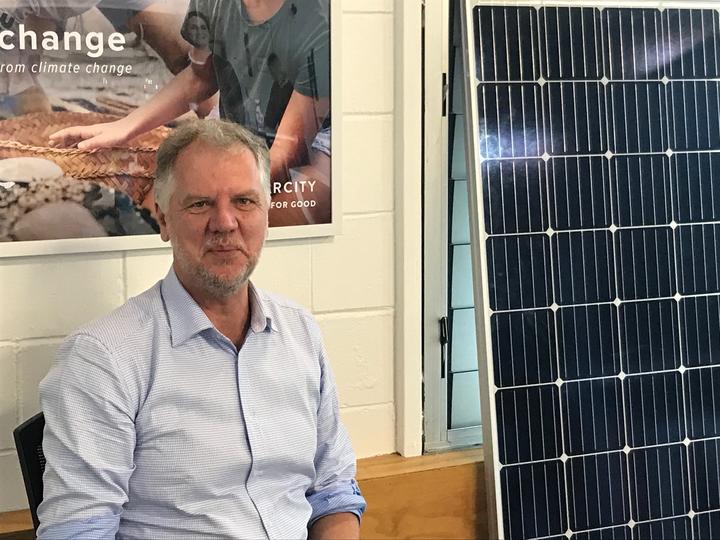 “What that means is as we electrify the economy, we don't have to invest nearly so much in new power system infrastructure, and that's the poles, the wires and the transformers because these devices help flatten out supply and demand, and make the power system work much more efficiently than it does at the moment.”

Some industry rules need to change before our solar systems, EV batteries and fridges can be used as an active part of the electricity management system.

But most importantly we need way more of it.

A handful of recent reports (from the interim Climate Change Committee, the Productivity Commission and Transpower) have suggested New Zealand needs to electrify significantly more of its economy if it wants to have a chance of meeting its commitment to being net carbon zero by 2050.

Even with the Tiwai Point aluminium smelter out of the picture, we’re going to need a lot more renewable energy, including household solar.

Solar is still pretty small in New Zealand. As of June this year, there were just 26,000 homes with solar panels. 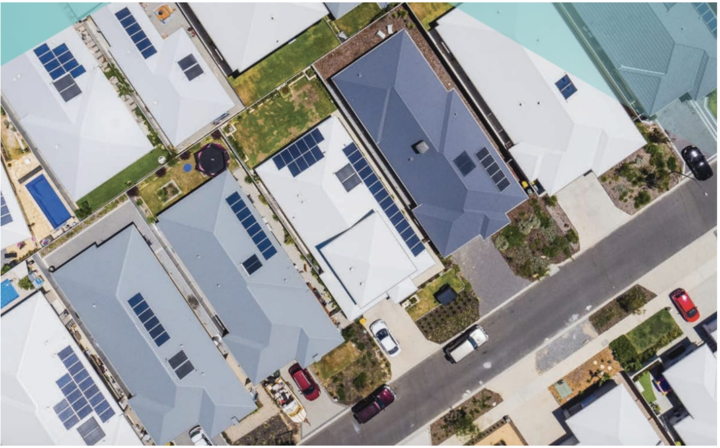 ​Australia has the highest uptake of solar globally; more than 21percent of homes have panels. Photo: DER Roadmap

In the sunny south-west of Western Australia, by contrast, almost 40 percent of homes - that’s more than a million houses - now have rooftop solar systems, and about 2000 households a month are connecting up.

Part of the reason for that is Australia has a much more solar-friendly climate.

In New Zealand, maximum domestic power use happens on winter evenings, when we get home from work, turn the heaters on, make a cup of tea, have a hot shower and cook a warming meal. But that’s a time when it’s dark and our solar panels aren’t producing any power.

But hot parts of Australia use lots of electricity for air-conditioning at times when solar panels are at their most productive - in the middle of the day in summer.

Home battery storage helps mitigate the problem, but until relatively recently, batteries have been so expensive they have been hard to justify financially at a household level.

The other thing Australia and other countries have done to push solar use up, is provide a range of government subsidies. We did that a little bit here too, in the early days.

But Australia’s got much more of a problem with fossil fuel-generated electricity than we do. And so it’s got more incentive to encourage people to install panels to get more renewable power into the system.

Five years ago, 86 percent of Australia’s electricity was from coal, oil or gas. Now it's 76 percent. In New Zealand 84 percent is renewable. 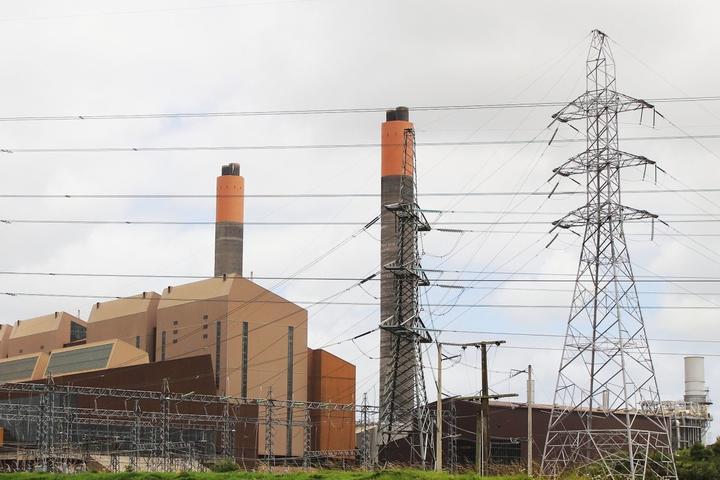 Subsidies - not necessarily the answer

Still, if we want to reap maximum future benefits from our boring black boxes, get rid of remaining fossil fuel power stations like Huntly and boost electrification, it would be good to have more home solar systems.

In July the Green Party announced that as part of its Clean Energy Plan it would “introduce grants to halve the price of installing solar in privately-owned homes, and offer grants and low-interest loans for businesses to transition”. 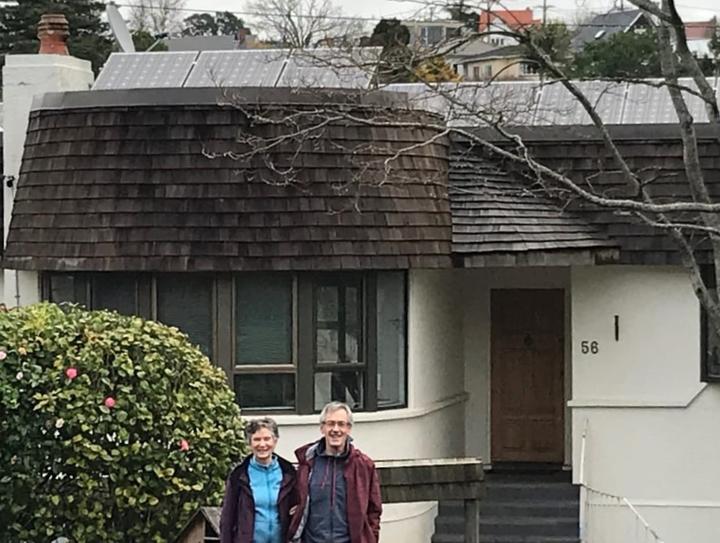 ​Rod Oram and his wife Lynn put their first solar panels up in 2007. Photo: RNZ/Nikki Mandow

Electricity Networks Association chief executive Graeme Peters talks about subsidies being a “dog’s breakfast” in Australia, contributing to a bunch of problems, including power cuts.

There’s also the problem that subsidising household solar means basically giving money to people who own their own home, meaning they end up getting cheaper power than people who can’t afford to buy a house. Which isn’t equitable.

In fact, because of the way electricity pricing works, people without solar can end up subsidising distribution costs for people that have panels.

​Domestic solar generation has grown dramatically in seven years, but from a very low base.  Photo: Electricity Authority

“Providing subsidies for renewable development to favour a generation type, while increasing supply, distorts the market and leads to suboptimal investment outcomes.

“The history of the NZ electricity industry is that new generation is built when economically viable without the need for incentives.”

Instead, if you want to put subsidies into the industry, he says, use them to fund electric vehicles and energy efficiency.

A Green Party spokesman says the subsidy policy would provide a kickstart to get lots more solar panels on roofs quickly, and also that post-Covid, panel installation could provide a bunch of much-needed jobs.