Could co-housing be the answer to our housing crisis?

David Welch and Georgianne Griffiths have a vision for a new way of living.

They have clubbed their cash together with another family to buy a large section in central Auckland, where they’re planning to start a co-housing project, which they’ve called “Cohaus”. 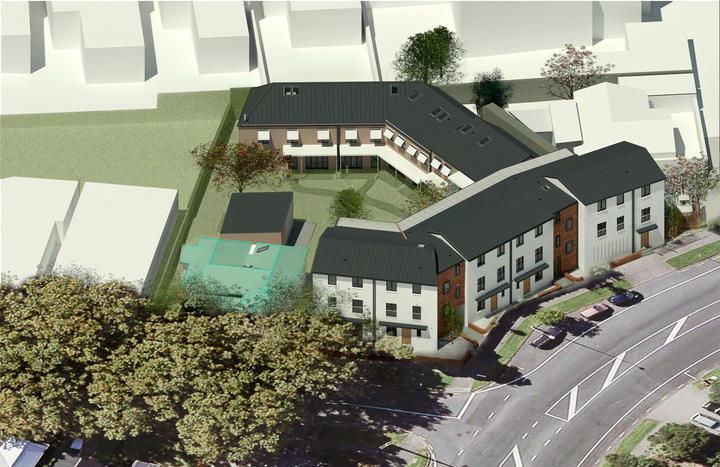 Cohaus is not yet a reality, but Welch and Griffiths hope that soon, there will be twenty units on their Grey Lynn site. They’ve already got the basic designs done and are currently in discussion with contractors. But this is not a standard housing development.

Griffiths sees it as more of a village "where people are more connected, they share resources”.

Co-housing itself isn't a new concept. The phrase co-housing was coined by a couple of American architects in the late 1980s but they were writing about a Danish development from the late 60s, early 70s. A concept so popular roughly 50,000 Danes now live in co-housing developments.

There are also co-housing settlements throughout the US, UK, Europe and Australia. There are even a couple here in New Zealand, like the Earthsong eco-neighbourhood in west Auckland and Buckley Street in Wellington.

To some, this kind of grass roots housing project sounds idyllic, to others, it sounds like a left wing fantasy.

Mark Southcomb, a senior lecturer at Victoria University of Wellington, has been been researching collective urban housing for several years. He said for a long time people have seen co-housing as "kind of hippy housing”.

"In Buckley Street, people thought they had a cult moving in next door."

But Southcomb is confident that this is not going to be a fringe movement for much longer. 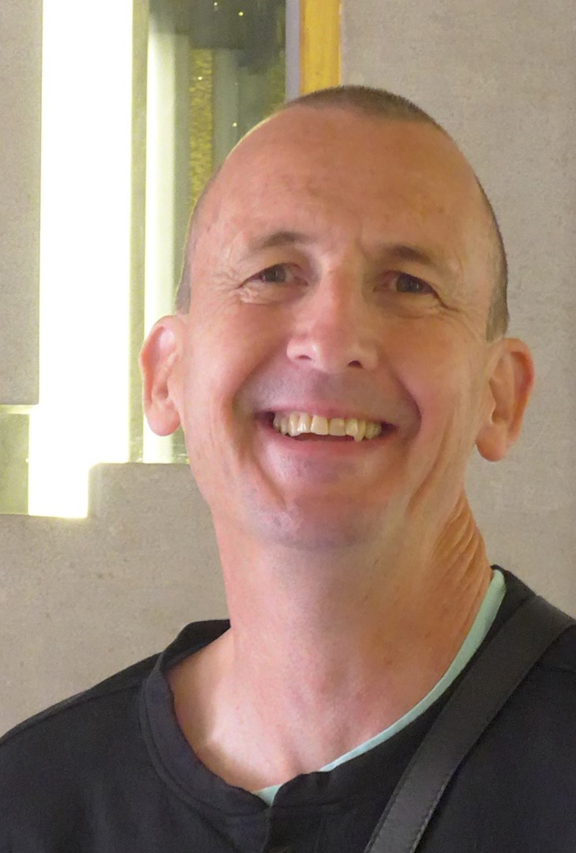 “It’ll probably never be for everyone, but it will be a serious option for housing many. People will change their minds, so it will take ten years, probably, but it will change, I have no doubt about that,” he said.

The system now is that a developer buys a plot of land, builds houses and sells them on to make a profit. But Southcomb doesn't believe this model is sustainable.

“Land is being treated increasingly as a capital resource, primarily, rather than a place to inhabit as its primary function”

In other words, profit is prioritised above providing decent places to live.

But housing projects like the one Welch and Griffiths are working on, have a different philosophy at their heart:

“Homes as homes rather than as investments, that are about people not about money,” said Griffiths.

It sounds lovely, but in reality is surprisingly difficult. Profit making is so ingrained into the mainstream housing system, that alternatives are treated with suspicion, said Welch.

“There’s an expectation that if you’re building several units, then you’re a for profit developer and that when you sell you need to sell at market and you’ll be taxed on that. If you’re wanting to sell at cost, then there’s an underlying suspicion that you’re trying to hide some profit somewhere.”

Working against the grain is hard. Debra Dorrington  is a lawyer working with typical commercial property developers as well as community based housing projects.

She says it is possible to work within the existing laws to create community housing projects, but the process is far from perfect.

“It is complex and turgid and costs money,” she said.

While Dorrington thinks streamlining the law would make things easier for collective housing projects, that's not the only thing holding progress back.

"As far as the banking side of things are concerned… that is not about a change in the law, the answer to that is there being a product or there being a recognition from the funders that these types of arrangements are put in place and are worthwhile investing in.”

Typically, traditional developers borrow money from the bank to buy a plot of land.  Then, assured that the planned buildings will sell at a profit, banks shell out more cash for development because they’re confident they’ll make good returns on their investment.

But for groups like Cohaus who aren’t driven by profit - borrowing from banks is difficult.

Kiwibank is beginning to recognise the value of co-housing developments and has approved some loans to either build or buy into community housing projects, but many collective housing groups end up covering a lot of the costs without any help from the banks.

And right now, every co-housing project has to start from scratch.

“One of the tricky things for grass roots organisations is that they pretty much have to reinvent the wheel for each group. So myself and a group of other researchers have been involved with the argument for some open source availability,” said Southcomb.

"Even though each group is slightly different, they typically come up against some of the same problems with banking and insurance or legal form of government or different types of establishment procedures”

Sharing knowledge on how to work within the system would save housing collectives time, money and effort. And Cohaus have already started sharing their learnings with other groups around the country.

“I’d say the most frustrating thing is the real difficulty in getting accurate projections of how much things are going to cost.”

Having not done something like this before, it's very difficult for Welch to know the market value for construction. The challenge of accurately estimating costs has meant it’s been tough trying to keep the price of the units below market rate. 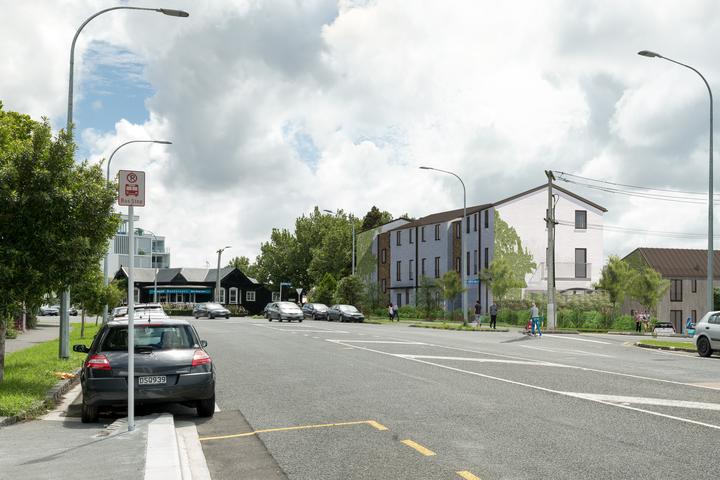 Cohaus want to sell at cost price rather than market value, and although the difference in price isn’t as considerable as Welch and Griffiths had once hoped, arguably, families buying into Cohaus are getting much more bang for their buck.

"There’s no big fat developer profit, that’s helpful," said Southcomb, "There’s no marketing costs. So already we’ve  saved about 25% of our value. But then we’ve got some extra costs.”

At Cohaus, the extra costs are going into a shared summer house, guest rooms to be shared among the units, better soundproofing and heat insulation.

Like in many collective housing projects, the designs for Cohaus are agreed upon by the people who want to live there, rather than developers seeking big profit margins. And so the quality is higher than commercial builds.

“The speculative model of individual building is actually a poor model for 21st century. There are better ways of building.”

And the shared resources, space and community on offer in housing collectives could be just what New Zealand needs.

“If you look at the New Zealand demographic, 25% of people live alone. For them a nuclear family house is a lonely place,” said Southcomb.

He believes that once a few more grassroots projects have been built and more knowledge is shared, the country will cotton on to the benefits of collective housing.

“I think the biggest obstacle is perception. Part of it is having resources available, part of it’s having some prototypes built that people can see and judge for themselves as say ‘ah yeah actually, I can imagine myself there.”

But Dorrington argues that the viability of co-housing goes beyond people getting on board with the ethos.

“I really do hope that this becomes more of a norm, that there are opportunities for people as a group to create their own homes. I think what needs to happen on that is not just a discussion about the idealism of it, there needs to be some very detailed discussions about the mechanics of it.” 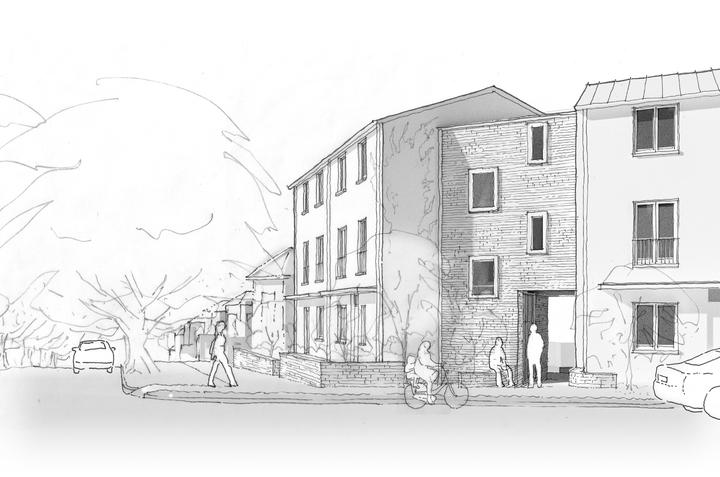 For now, co housing prototypes like Cohaus are still working through those mechanics… and it’s not easy, as Griffiths knows only too well.

“I think it’s come at a lot of cost in terms of the amount of time we’ve had to put into it, and money. And I guess there’s still an element of risk that it may not come to fruition,” she said.

After months of trying to get accurate construction estimates, Welch and Griffiths are worried that the Cohaus budget may not be able to cover the building costs.