How do I count the ways: investigating indicators

Economists (and business journalists) love economic indicators. CPI, balance of payments, GDP - and dozens more. But what about the less mainstream ones - the Big Mac Index, the Truckometer, the lipstick indicator, the cardboard box index? 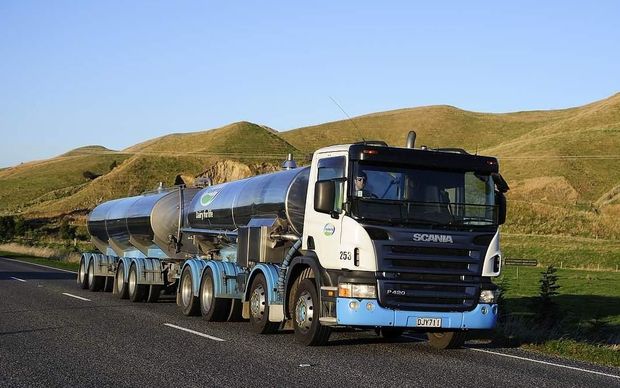 In it, Jevons argued there was a correlation between business cycles and the sunspots that appear from time to time on the sun's surface. His logic was that sunspots impact weather, which in turn affects crop production, which then causes changes in the overall economy.

By looking at the sun, governments and businesses could get a steer on whether to prepare for a boom or a bust.

Jevons’ theory turned out to be a load of old bollocks, and the word “sunspot” has come to mean an economic variable that has no direct impact on economic fundamentals.

But Jevons’ experience hasn’t deterred other economists from coming up with unofficial economic indicators they use to gauge what’s happening in the economy and what might happen in the future.

And as computers get increasingly clever at finding and analysing data, we are likely to see more of these quirky economic correlations.

One of the best-known is the Big Mac Index, introduced by The Economist magazine in 1986 as a light-hearted, or digestible, way to measure the purchasing power parity (PPP) between nations, using the price of a McDonald's Big Mac as the benchmark.

Comparing the price of a Big Mac in different countries allows economists to work out whether currencies are under- or over-valued. 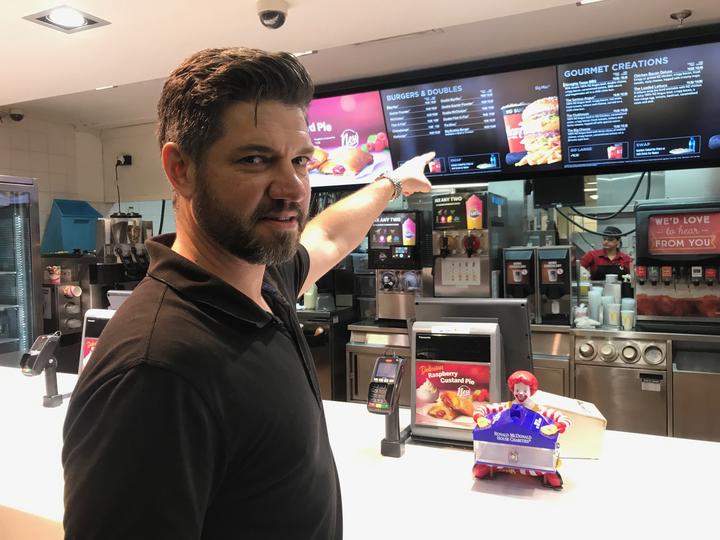 The index isn’t without its flaws, says Kiwibank chief economist Jarrod Kerr. Despite what we think, Big Macs aren’t always exactly the same size or quality in each country, he says, and there are different variables which mean currency exchange isn’t the only factor.

“Transport costs are a big one. They might be a lot lower in one country compared with another. Then there’d be a bunch of different taxes paid, and there could be subsidies for certain parts of a Big Mac in some countries.”

“It’s a fun index and it was set up as a fun index. There have been some studies that show it can actually give a reasonable signal on exchange rates over a long period of time, and as an economist that’s great.”

For example, the latest Big Mac Index, released in January this year, shows the Kiwi dollar undervalued by about 23 percent against the US dollar.

“So you’d look at it and say, maybe the NZD needs to appreciate against the USD over time.”

Kerr says looking at indicators, both official and unofficial, are a key part of the job.

“As economists we try to predict the future - and no one told me when I started that this would be so hard, but it is. What we do is look for indicators, data, to give us insights as to what’s going to happen.”

There are two types of economic indicator: leading and lagging.

But economists tend to like the other type more: leading indicators. These generally change before the economy does, so can help predict the future.

About four years ago, ANZ Bank chief economist Sharon Zollner came up with a New Zealand-specific index, the Truckometer, based on traffic movements at 20-30 sites around New Zealand. 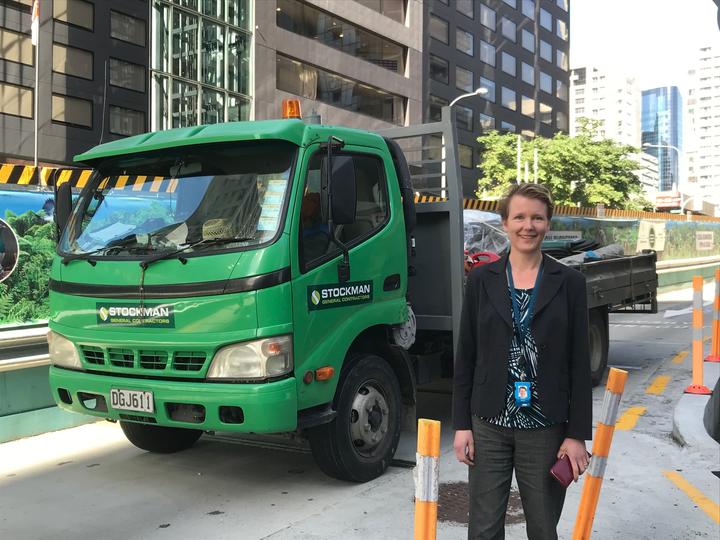 But Zollner gets more excited by the light traffic index, which measures cars and vans. This turned out to be a leading indicator, she says.

“I wasn’t expecting to find car traffic predicts the economy six months ahead. That did my head in,” Zollner says. “A six-month lead is pretty much unheard of for an economic indicator.”

One reason economists like leading indicators is they aren’t just using them to write clever-sounding reports and get their brand out there in the media.

They’re using them to help their team of traders make money by knowing what to buy and sell and when.

Imagine one team of bank economists competing against the other banks’ teams. And economic indicators are like go-faster running shoes, or a new design of tennis racket.

“The weakness we saw in the light traffic index was one of the reasons I was a bit ahead of the market in picking that the economy was slowing and the Reserve Bank would probably be cutting interest rates rather than holding them steady,” Zollner says.

“So when I made that call back in December a fair few eyebrows went up; now the market has moved to that view.”

The Truckometer is a mainstream, kosher index, though it has its limitations. It didn’t see the Global Financial Crisis coming, for example.

Other indicators are slightly more ‘interesting’.

Take the lipstick index, a measure coined by Leonard Lauder, chairman of the board of cosmetics company Estee Lauder to describe increased sales of cosmetics during the early 2000s recession. The argument was that when times are tough women can’t afford a new bag or shoes, but can get a bit of happiness from a cheapish lipstick.

Then there’s the ‘cardboard box leading indicator’, which suggests a sharp decline in the usage of cardboard means a recession is on the horizon, while increases indicate expansion. That’s because most large consumables come in a big box, so more cardboard means more manufacturing and therefore more sales, and more people getting a job. To whit, a booming economy.

At the gruesome end of the scale is the unclaimed bodies index - a US indicator.

It shows a correlation between tough economic times and bodies piling up in morgues because family members can’t afford to collect them.

In 2009, at the height of the financial crisis in Detroit, America’s poorest city, the number of unclaimed bodies tripled from a decade earlier.

“That’s what we spend our time on. Elbow deep in economic indicators.” 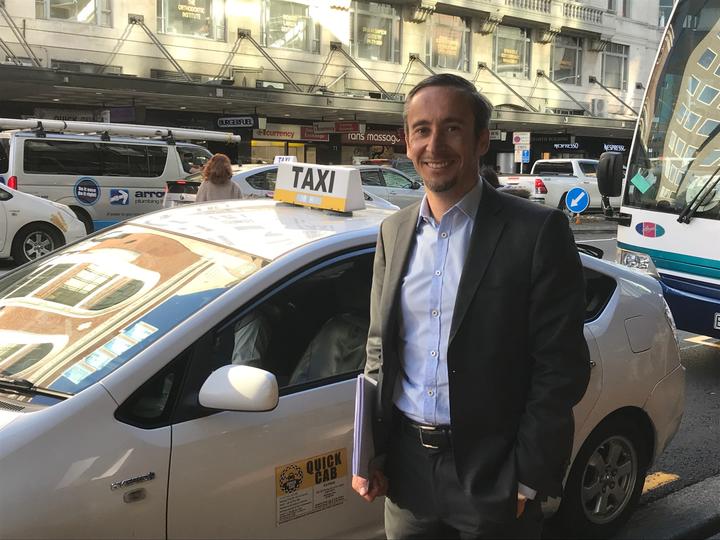 But he questions the validity of some of the more niche, bizarre ones - buttered popcorn, men’s underwear, baked beans.

“There are two real problems with these alternative or pet indicators. One of them is called ‘overfitting’. If you go through enough of this data you will find things that correlate with economic growth.”

“The second real problem with these types of indicators, like the idea that lipstick sales go up when a recession occurs, is called the ‘Lucas critique’,” Stephens says. “That basically says relationships in the economy can change. So for example, lipstick might be popular this year but it might go out of fashion in future years.”

He is right. Lipstick sales fell in the 2008 financial crisis.

Stephens has a personal example of the Lucas critique. After talking to a taxi driver in January 2008 (just before the crisis) and hearing that times were tough for taxis, Stephens says he thought he might be able to correlate taxi driver sentiment with where the economy was going.

“That stayed in my mind and I always made a point of asking taxi drivers how their business was. Then a couple of years ago I asked a taxi driver how things were and he said ‘terrible, no rides’ and this keyed my mind.”

But actually that had nothing to do with economic fundamentals.

“It was just Uber eating them alive. It wasn’t an indicator the economy was going to turn down; it was the fact the structure of the economy had changed.”