New Zealanders are crying out for cheaper petrol. Yet when it’s on offer, most of us don’t take advantage. Nikki Mandow explores how retailers like Waitomo and Gull bring us cheap petrol, but mostly we don’t buy it.

Ben Godden is a 19-year-old student who recently did a road trip from Auckland to Wellington and back, with three friends.

They were on a tight budget; Godden knew he was going to need to fill up his red Toyota Funcargo at least twice during the trip. His mother told him he would be driving past some of the best petrol prices in the country; places like Bulls, Foxton, and Levin, where low-price retailers Gull and Waitomo have the most influence. 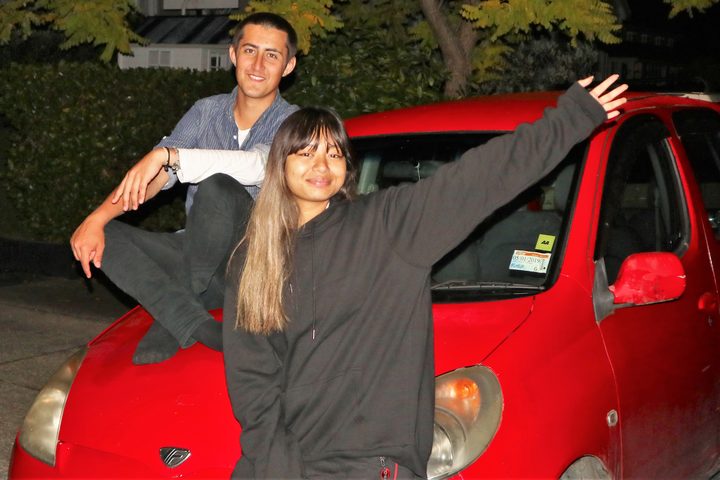 Going to the cheapest stations on their route versus the most expensive could have saved the students maybe $25 - enough to make that 12-pack of cider when they get to Wellington pretty-much free.

Yet Godden admits he doesn’t really think about price much when it comes to buying petrol. Even on a big road trip.

He fills up at first station he comes across after the fuel gauge light goes on. He knows petrol is expensive - you’d have to be living under a rock in New Zealand not to know that. But he doesn’t seek out cheap petrol.

And he’s not alone. 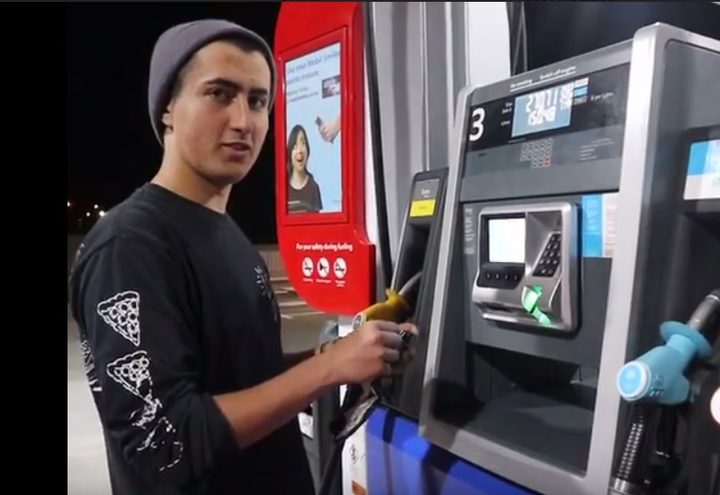 Dr Sanna Ganglmair-Wooliscroft is a senior lecturer at Otago University specialising in consumer behaviour. She says research shows more than 70 percent of supermarket shoppers can’t tell you what individual items cost once they put them in the trolley.

“We make a very quick calculation to say this is the cheaper one, this is the more expensive one, we put it in the trolley, then we forget about it.”

With petrol, the direct price comparison is even more difficult, Ganglmair-Wooliscroft says, because mostly when consumers buy fuel they can’t compare brands directly in front of them. People might suck their teeth when petrol goes above $2.30, but odds on they don’t know how much BP is versus Mobil.

“We have this relative feeling in mind and I think with petrol at the moment, people overall say ‘This is expensive’. That’s what we remember.” 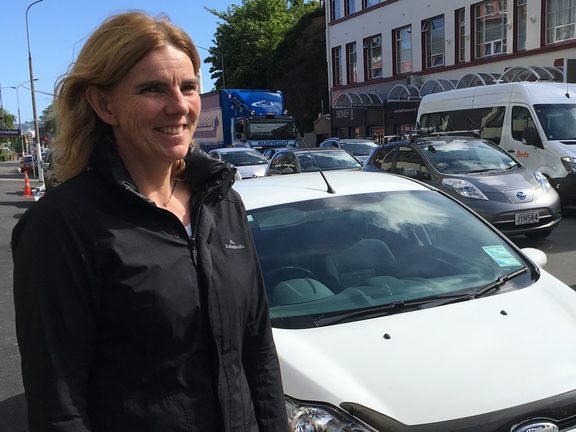 There’s also another strong force when it comes to what we buy - inertia. Decision-making is hard, and we are bombarded with decisions all day: What time should I get up, what should I have for breakfast, which route should I take to work?

Janine Williams, a consumer behaviour expert from Victoria University, says very often people don’t want to spend any cognitive effort on a decision, so they just go with what they always do.

And the more mundane the decision, the less likely we are to change our habits. 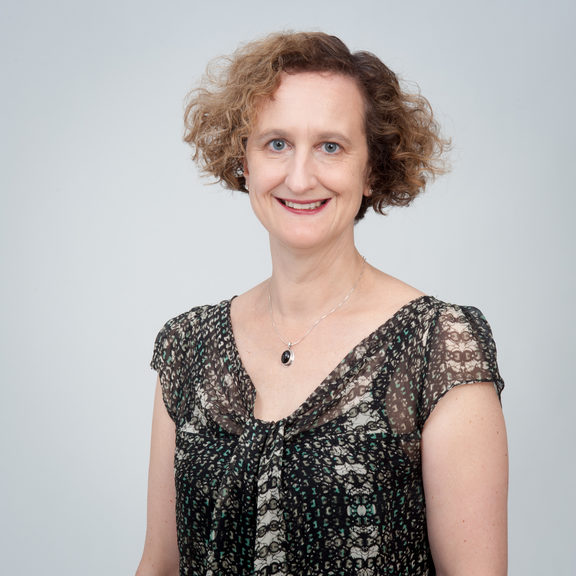 “Potentially with a product like petrol, which is fairly low involvement, the price difference would not be seen as enough to put an effort into the decision. Of course it would depend how price sensitive we are.”

Williams sees decision-making in terms of perceived benefits (for example, lower prices), versus sacrifices (for example, the effort of going out of your way to find cheap fuel, or the hassle of crossing a stream of traffic to get to a petrol station, or even just working out which place is best).

“You could drive to a cheaper petrol station, say up the Kapiti coast. Maybe you are using more petrol to get there and you have to work out how much petrol you are using and what it would cost you.

“And that’s pretty complex and people are busy. Are they willing to expend that effort?”

Petrol companies are working to counter this inertia, and one way they do this is by offering good coffee, yummy pies, milk when the dairy is shut, or great service.

Williams changed the petrol station she used when she was pregnant because she was worried about the potential impact on her unborn child of her breathing in petrol-laden fumes. So she chose a petrol station where the attendant filled up for her.

A little decision became an important one.

Another way to mess with our hard-wired laziness is through loyalty programmes, Ganglmair-Wooliscroft says. Save up your points and you’ll win something later.

“I think that’s not to be underestimated because people love to get something. It’s almost something we call ‘self-gifting’. It’s a little present that we give to ourselves and we are happy to pay a little bit more and then we get something back in return.”

It’s a bit like parents giving their kids a star on their chart for good behaviour. We get petrol-buying adults to react like children.

It’s not rational. But the research by behavioural economists over the last few years suggests most of us are irrational consumers, making poor decisions.

One of the first pioneers in the field was Professor Dan Ariely of Duke University in the US. His book Predictably Irrational describes everyone as having a rational self, but that's not necessarily the only self, nor is it the one that’s mostly in charge. “A more accurate picture is that there are a bunch of different versions of you, who come to the fore under different conditions,” according to a review of the book in the New York Times. “We aren’t cool calculators of self-interest who sometimes go crazy; we’re crazies who are, under special circumstances, sometimes rational.”

Yet, mostly we don’t know it, says Ganglmair-Wooliscroft.

“There is more and more research that shows us that we overestimate how rational we are. There are a couple of fascinating things. One of them is that afterwards we can almost always justify why we have done something, and we can justify it in a rational way.”

Buying petrol is a case in point.

“Our research suggests people are making very quick decisions, like ‘this petrol station has the better coffee’, or ‘I like the clean toilets’. It’s actually much more of a gut feeling that is making us make that decision. We are nowhere near as rational and systematic in our everyday decision-making than we would have thought.”

Fuel prices have been climbing much of the year and Prime Minister Jacinda Ardern launched a scathing attack on petrol companies last month. Consumers were being “fleeced", she said, and she was “hugely disappointed in the level of price that consumers are currently paying at the pump for fuel".

Her words sparked protests, among them truck drivers and a “small but determined” crowd in Timaru.

There was much discussion about the ‘Gull effect’ - when a budget entrant like Gull or Waitomo sets up shop in an area and big-brand petrol companies close by drop their prices.

People asked when Wellington and the South Island might get cheaper petrol, and possibly in reaction both Gull and Waitomo announced they will be setting up in Wellington over the next 18 months.

But here’s the thing: even when there is cheaper petrol available within spitting distance of more expensive petrol, most of us don’t take it. 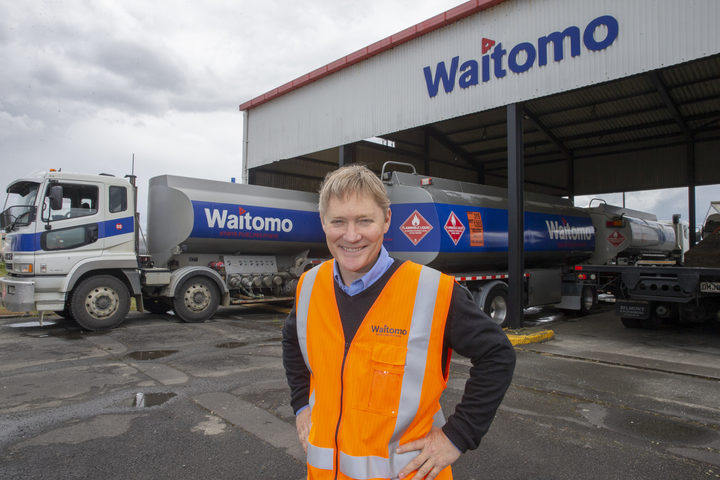 Bombay, a little settlement just south of the Auckland urban sprawl, is a case in point.

For some reason, possibly related to the fact that the township had available land just off the busy southern motorway out of our largest city, Bombay has become a petrol mecca - three service stations almost within a stone’s throw. BP, Mobil and Waitomo.

BP and Mobil tend to display exactly the same prices on their giant price boards - to within a tenth of a cent. On one day recently: $2.14.9. The same day, Waitomo was a few cents cheaper, at $2.07.9.

Yet at Bombay, the same number of people were filling up at BP and Mobil as Waitomo.

Jimmy Ormsby is managing director of Waitomo Group, and grandson of founder Desmond Ormsby, nicknamed ‘Diamond Des’ for his colourful character and success in business.

Jimmy Ormsby says Waitomo has 50 outlets and around 2 percent of the New Zealand petrol market “on a good day”. 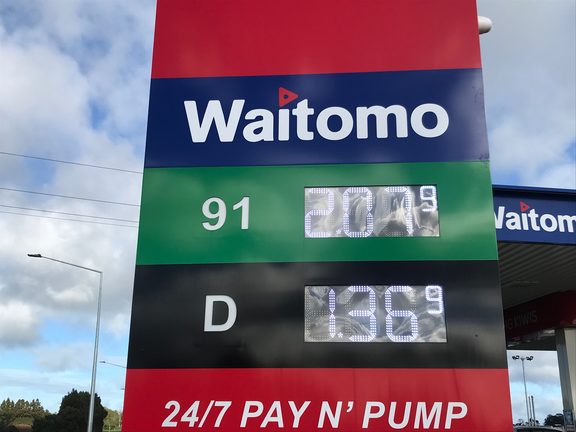 “People are busy in their lives, they just want to come in, get their fuel and go.” Photo: RNZ/Nikki Mandow

It is able to offer consistently cheaper fuel, not by having a lower quality product, Ormsby says - Waitomo buys direct from Mobil, so the petrol is exactly the same - Instead it operates a no-frills operation. Self-serve petrol stations with no buildings, no toilets, no staff in high-viz jackets, not a cup of coffee in sight. Many of their petrol stops don’t have a roof, and the company’s  headquarters in Hamilton looks like a bunch of pre-fab classrooms.

“We describe it as our concrete block. We say to people, just come down to the end of Bandon Street and just look for a building that looks like a toilet block and that’s us. We keep pretty low overheads and we have to operate very efficiently.”

Ormsby says many people just want to fill their cars as efficiently as possible.

“People are busy in their lives, they just want to come in, get their fuel and go.”

If Waitomo could get to 5 percent of the market, Ormsby would be happy. But he knows going against not just price, but illogical and apathetic consumers.

And those that just really need a pee.