Some of the most remarkable and deliberate responses to the Christchurch attacks stemmed from Māori culture. In the week following March 15, not a day would pass without a high school, a community group or even a chapter of a local gang showing up outside the mosques and singing, crying and performing a haka.

There was an earnestness and beauty in the way different Māori groups went out of their way to be seen, and to make the Muslim community feel supported and safe. Students from Cashmere High School, who’d lost two of their own in the shootings, Sayyad Milne and Hamza Mustafa, visited the mosques each day and sang in their hundreds. 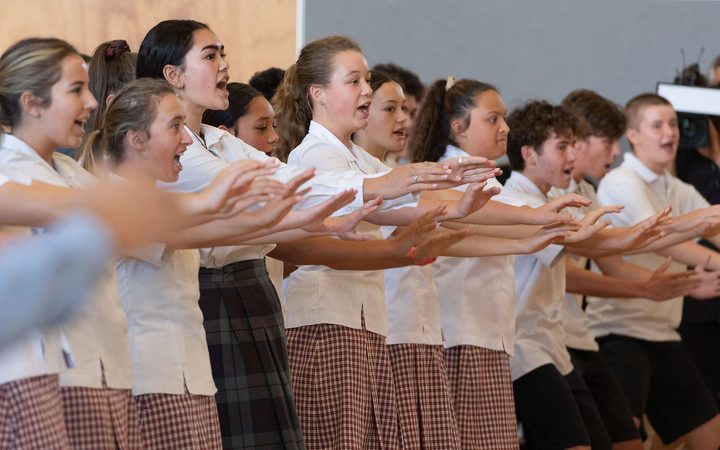 Māori churches gathered their congregations, families and children and performed resounding haka, many of which were recorded and went viral worldwide. Many people abroad had never seen haka outside of All Blacks games. They didn’t realise it could be a tool for mourning.

The Waikato chapter of the Mongrel Mob spent days camped outside Hamilton mosque to guard Muslims as they prayed. In Christchurch, they brokered a truce with their historic rivals, Black Power, to share a message of love and unity.

Rewa Worley, a high school teacher of Te Reo and science at St Paul’s College, says it was important for Māori to be present and extend their sense of kaitiaki, or guardianship, over a fellow New Zealand community that was in pain.

“People were trying to find a way to release that pain. It wasn't a regular pain. It was a national tragedy,” he says.

“It was important for Māori to come alongside the Muslim community, but also figure out, what do we do in this situation?” 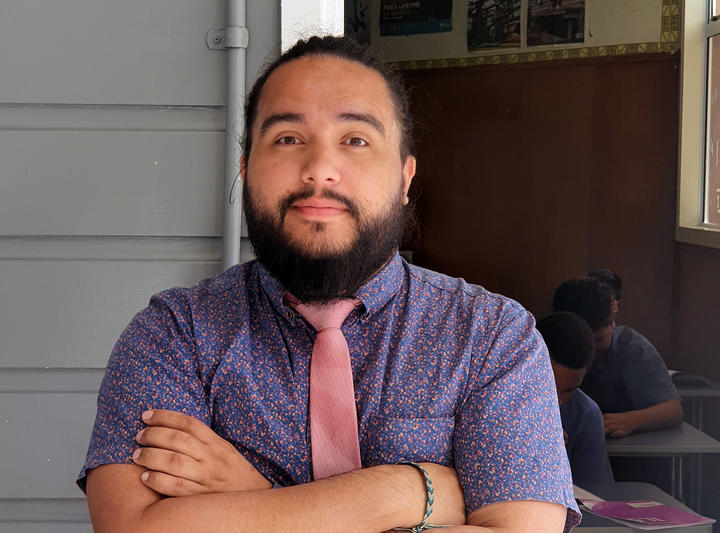 There was also another reason many Māori felt so connected to Muslims after the Christchurch attacks. They saw a community being targeted, misrepresented and attacked, and reflected on their own experiences with racism and white supremacy in New Zealand.

“The two-sided or the two-faced nature of New Zealand and its interaction with Māori people has always been one of ostracism and colonisation and exclusion or limited and convenient inclusion.”

He remembers the stories his grandfather told him about his own upbringing, when he was forced to attend a ‘native school’. There, students were only taught trade skills and carpentry because of a belief that Māori were only suited for using their hands.

“All of these crazy ideas that have required over time Māori to rebut and overcome and rebuke. It’s strange where they come from, but it’s not a surprise.”

Raised by a Māori mother and a Pākehā father, Rewa had always seen himself as a metaphor for what New Zealand should aspire towards - a marriage of culture and a fabric of different beliefs and identities. 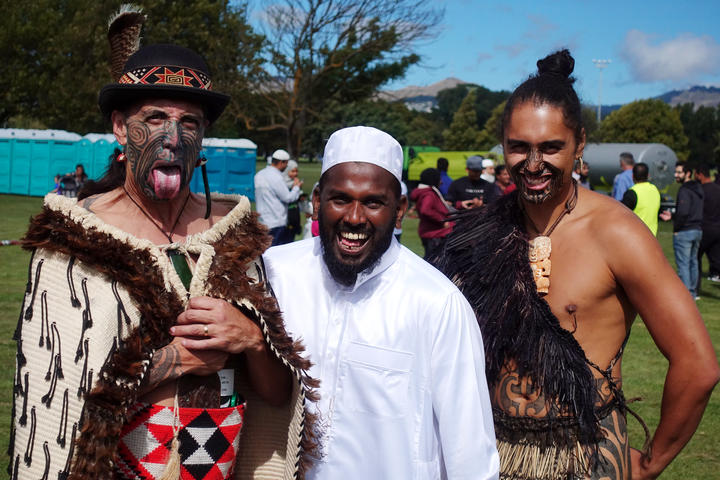 A member of the Muslim community poses with Maori men clad in traditional dresses as people gather for prayers and to observe a two minutes of silence for victims of the twin mosques massacres at Hagley Park in Christchurch on March 22, 2019. (Photo by Jerome TAYLOR / AFP) Photo: AFP or licensors

He hoped the sense of solidarity and empathy built between Muslim and Māori following Christchurch can provide the building blocks of a stronger bond between the two communities, and set an example for the country. One that embraces difference and diversity.

“I hope what comes out of this is that people build a community that’s interactive and listens and pays attention, and allows each member of that community to grow. We need a community, people working with one another. You need difference to be able to do that.”

Over five episodes, and five intimate conversations, The Guest House will unpack the complex and often conflicting stages of grief we passed through as a community, to make sense of what was a senseless act, and to say the things we never had a chance to say.