“This being human is a guest house, every morning a new arrival. A joy, a depression, a meanness, some momentary awareness comes as an unexpected visitor.” - Rumi

It is a normal part of trauma to experience dissociation in the face of an overwhelming crisis. A body can shut down, or shut out key pieces of information so that you are able to function. Sometimes that means delaying an emotional response to a tragedy - feelings of pain, loss and sadness are pushed to the back - replaced by a numbness. A denial. 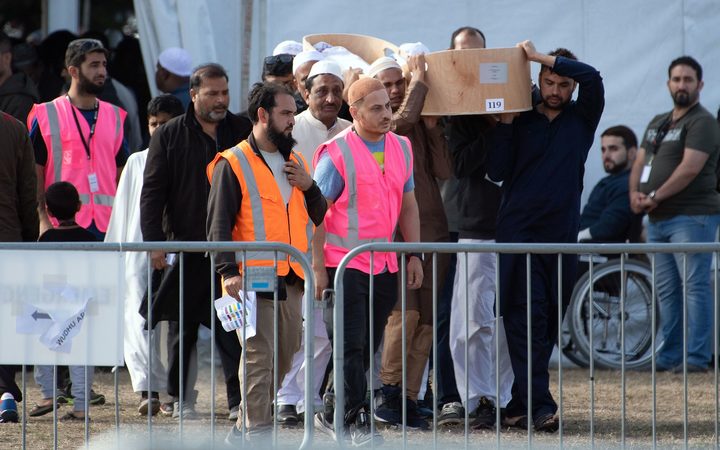 Mourners carry with a coffin containing a victim of the mosque attacks for burial after a funeral prayer at the Memorial Park Cemetery in Christchurch. Photo: AFP or licensors

“It felt unreal, you know? Like you were watching a movie or something,” saysHassan Raslan, a biomedical engineer from Auckland.

“The more I realised how serious it actually was, it just made me sick to stomach.”

This is how many of us felt in the wake of the Christchurch attacks. Dazed. Unable to accept that our tiny Muslim community had been suddenly and violently ripped open, and our places of worship deprived of their safety, we pushed all our feelings aside and got to work.

Within days, a bustling volunteer centre was set up at a local school, and hundreds of Muslims from across the country flew down to lend a hand with food distribution, visiting families and survivors, and most importantly, assist in the mammoth task of washing and burying the 51 victims. 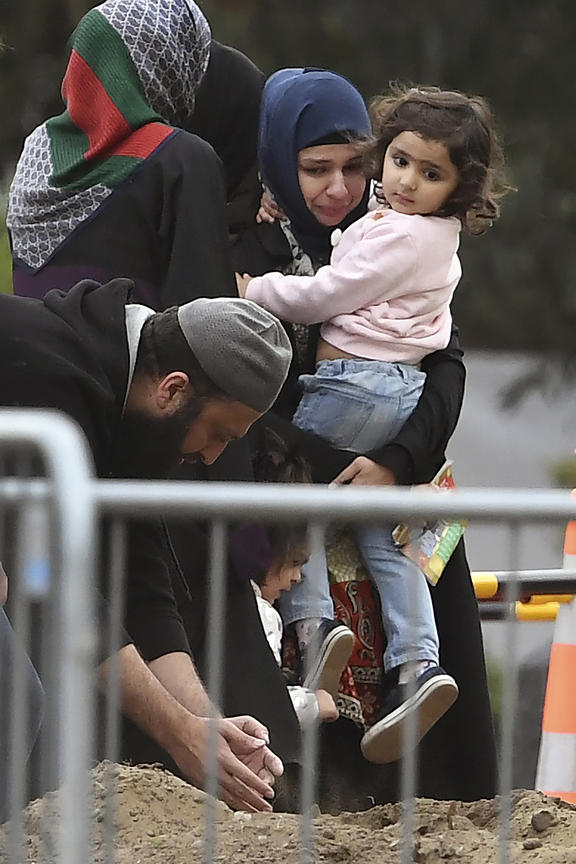 Relatives of Syed Jahandad Ali, victim of New Zealand's mosque attacks, at his grave after burial at the Memorial Park cemetery in Christchurch on March 22, 2019. Photo: AFP or licensors

“It hit me really hard on that first day, when there were only three or four people being buried. My friend was there, burying his father, and it was so difficult seeing him in that state. It was just a wrecking ball.” Hassan Raslan was one of them.

The first dozen bodies were buried over three days, in a large cordoned section of land at the Memorial Park Cemetery, where 51 empty graves lay side by side. Volunteers wore yellow vests and ushered each body, and its family, to the allocated grave. Then they led hundreds of people from the Muslim community to walk past one by one, pray, pay their respects, and empty a fistful of dirt into the grave.

On the first Friday after, the remaining 40 victims were buried, one after another, across three hours.

“It’s not an easy task to bury 40 people. I’m not talking emotionally, I mean physically,” he says.

“We had to think about people’s safety. These are big holes in the ground, and people would’ve fallen in. We had to plan ahead and make sure it was very controlled, and hold back people who might be emotional. To be able to distinguish between family members, and people who may have thought they were close but weren’t immediate family.”

For that task to be done Raslan and the other volunteers had to practice their own form of denial. They had to switch off their emotions and put their own process of grief on hold, to carry out task at hand and ensure each of their lost community members was laid to rest.

“It was just automatic. We shout the number of the coffin, then lead it to another hole. These people who had families and children and parents were becoming just numbers - numbers leading to a numbered grave.” 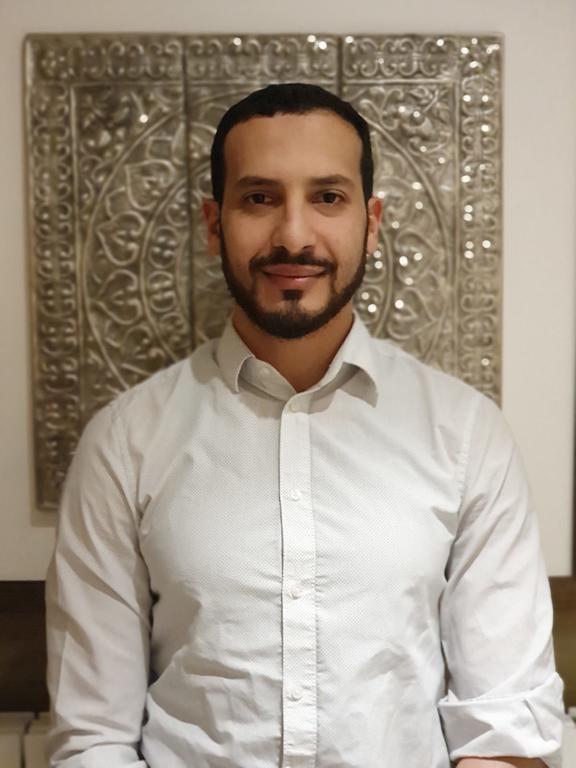 Hassan Raslan was one of hundreds of Muslims who flew to Christchurch to help after the March 15, 2019, mosque attacks. March, 2020. Photo: Supplied

As soon as that was over, the gravity of what they had just undertaken suddenly came crashing down. They had all just buried 40 members of their own community in a single day. Brothers, sisters, fathers, mothers, friends.

“One of our seniors in the community was in charge of the burials, and he almost single-handedly buried each and every one of them. He told the families exactly where to stand, and how to perform the Islamic burial prayer.”

What would unfold in the following days, weeks and months is the natural process of grief, as our community slowly processed the true scale of the attack, and its implications on our very ordinary lives.

Once the feelings began to return, some felt overwhelming anger, some a burrowing sadness, a displaced soil beneath our feet.

What had just happened? What do we do now? Where do we go?

Over five episodes, and five intimate conversations, The Guest House will unpack the complex and often conflicting stages of grief we have passed through as a community, to make sense of what was a senseless act and to say the things we never had a chance to say.