It wasn’t until November that Sheikh Gamal Fouda really came to terms with what happened to his small community.

The imam of Al Noor Mosque spent the weeks and months after the attack travelling around the country and the world, at the invitation of governments, kings and religious institutions wanting to give a platform for the victims of Christchurch. 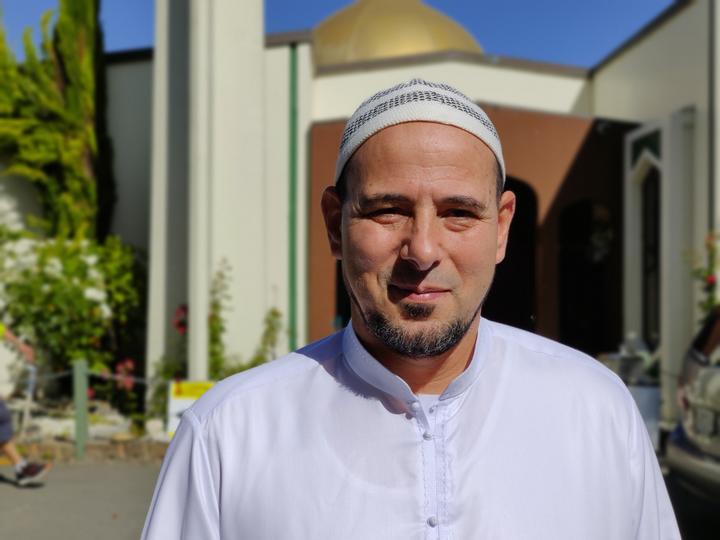 He was speaking at the United Nations, at Islamophobia forums in the US, at the royal court of Saudi Arabia. What he wasn’t doing was dealing with his own trauma.

When he finally got a chance to return home to his wife and daughters, away from the politicians and media, the emotions came flooding to the surface.

“I woke up one day and I started to process what happened and realised that yes, there was a terror attack in our mosque, and lots of people were killed. I couldn’t comprehend it.”

Sheikh Gamal was in the middle of giving his weekly sermon on Friday March 15, when a stranger entered his mosque and started shooting.

He watched as the people he had intimately known and served for 17 years were killed.

“We used to think that New Zealand is one of the safest places in the world, and for a while I thought that this is no longer a safe place.”

Leaning on his faith and prayer for guidance and stability, he also began seeing a psychologist over the last few months to help process and unpack the traumatic events he witnessed, and the pressure it heaved onto him as a community leader.

He admits to never having heard terms like ‘white nationalism’ and ‘white supremacy’ before the attack. It was strange to him, and he didn’t understand where their ideology came from. What he did understand was the Islamophobia targeting Muslims, and the toxic hatred that had led to the horrendous act of violence that struck his community.

“I put these people in the same basket as Al Qaeda and ISIS and the Taliban, because terrorists are terrorists, whether they’re using Islam or using Christianity or anything else. But I think religions must be part of the solution, not part of the problem.” 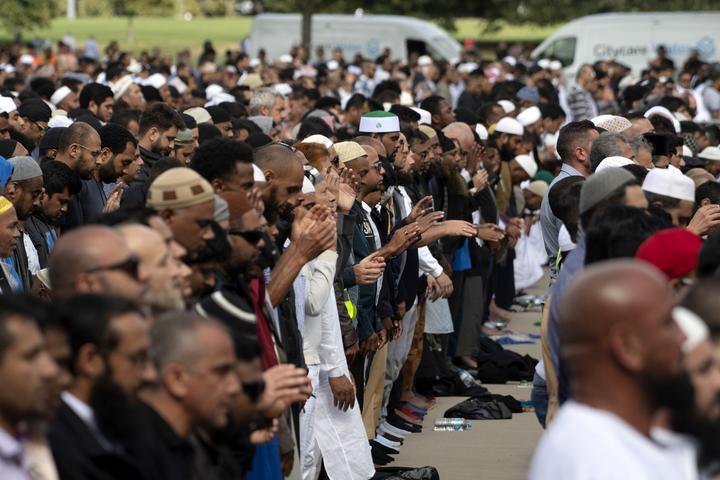 Muslims participate in Friday prayers led by Gamal Fouda, imam of Al Noor mosque, during a gathering for prayers and to observe two minutes of silence for victims of the twin mosque massacre at Hagley Park, Christchurch,March 22, 2019.(Photo by Marty MELVILLE / AFP) Photo: AFP or licensors

Just one week later, he stood defiantly on a podium in the middle of Hagley Park, across the road from his cordoned mosque where forensic examinations were still underway, and gave a sermon to the world.

“We are determined to love one another and to support each other. This evil ideology of white supremacy did not strike us first, yet it has struck us hardest,” he said on March 22.

“The terrorist tried to tear the nation apart with evil ideology. Instead we have shown that New Zealand is unbreakable. And that the world can see in us an example of love and unity. We are brokenhearted but we are not broken.”

His sermon was broadcast live on RNZ, TVNZ and Newshub. As he looked out onto the wide open landscape that was now his makeshift mosque, he saw thousands of Cantabrians gathered around his Muslim community. Many wore the hijab in solidarity. Many held candles and flowers. Many were crying.

He saw a side to New Zealand he hadn’t seen before.

“After the whole country supported us, from the Prime Minister to the layperson in the street, I became stronger and I was able to get back on my feet very quickly.”

Fouda was raised in humble conditions in a small village in Egypt’s rural governorate of Mansoura. He describes himself as a “simple person”, who walked to school barefoot, with only half a pencil in his pocket. Sometimes he rode a buffalo home to his farm.

It was a childhood that never could have predicted the places he would one day go, and the people he would shake hands with. Among them, Saudi Arabia’s Crown Prince Mohammed bin Salman, UN Secretary General António Guterres and German Chancellor Angela Merkel.

“One of those countries was Germany, and some of the members of parliament took us and I stood at the top of the parliament house. They pointed towards the spot where Hitler used to give his hate speech, especially against the Jewish community, our siblings.”

“I said to the people with us ‘it’s a miracle for me to come here, a simple person, who comes from a remote, remote district in a remote, remote place’...and now I am on top of the German parliament and I am talking about a very important message...in peace and love.”

One year on from the horrific attack that tore his community apart, Sheikh Gamal Fouda continues to lead his mosque every Friday. Its doors have remained open, and its congregation full.

He says despite recent threats that have surfaced online, and led to the arrest of one man, his community will not be intimidated.

Sheikh Gamal Fouda spoke to journalist Mohamed Hassan on the final episode of the RNZ podcast series The Guest House. It is produced in partnership with Middle East Eye.

Over five episodes, and five intimate conversations, The Guest House unpacks the complex and often conflicting stages of grief the New Zealand Muslim community passed through as a community, to make sense of what was a senseless act, and to say the things they never had a chance to say.