Jamie Tuuta and the Strutt Painting 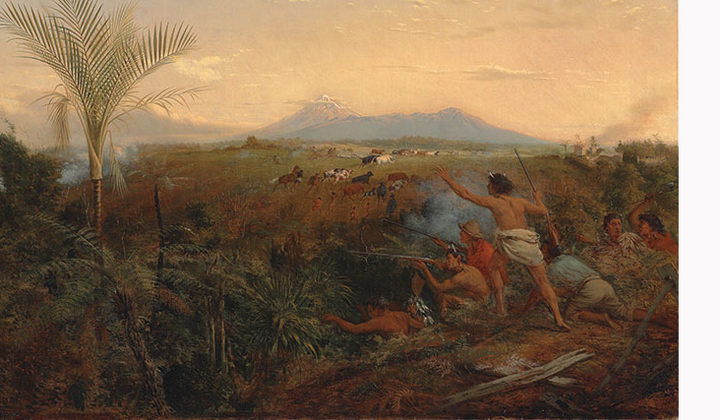 English artist William Strutt completed the oil painting above in 1861.

Some consider it a colonialist masterpiece, while others say it is simply colonialist propaganda.

The artist depicts a scene from a fraught time in this nation's history – the New Zealand Wars.

And just like any artwork or moment in history, the painting’s meaning is subject to interpretation and destined to alter with time.

In this week’s episode of Ours, we turn our gaze to the Strutt painting.

Where other choices have tended to reflect discovery and success, this adds, like the John Minto helmet, a dimension of the tension and even violence that is part of who we are as New Zealanders.

Te Papa has described the scene as a “tense moment of Māori resistance to European settlement in Taranaki”.

At the time of purchase, Te Papa's then chief executive Rick Ellis said: "There are very few paintings that reflect the historical events that were unfolding during this period - it captures a powerful moment in our history."

The painting is now back in the spotlight after the Govett-Brewster Art Gallery in New Plymouth mooted the idea of including the work in an upcoming exhibition.

In response, Taranaki kaumātua Peter Moeahu told media that the gallery would be perpetuating “colonialist's propaganda” by exhibiting the work.

The painting denigrated Māori as thieves as it inferred they were stealing from settlers, he said.

"I understand from an art point of view that controversy is great, but from my point of view it stunk,” he told the Taranaki Daily News.

Another Taranaki kaumātua, Grant Knuckey, agreed and said the painting should be burnt.

The painting is currently displayed in Te Papa’s New Zealand Wars gallery near the entrance.

“I was quite keen to use it as the initial encounter into this very complicated history we’re trying to tell, to use a painting at the outset to allow viewers to engage on their own terms seemed an important thing to do.” 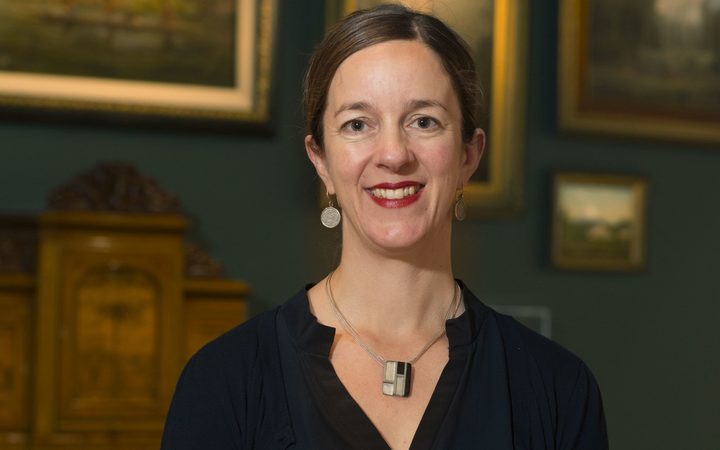 Strutt made the work in Melbourne after living in Taranaki in the mid-1850s. He relied on previous sketches he had made and newspaper reports to create the work.

Rice describes it as a dramatic painting.

“If we follow the smoke from the left we can see a group of Māori chasing horses and cattle and sheep off the settlers’ land.

“Our eye is led past the beautiful peak of Mount Taranaki in the background and then on the very far right we can see a little burning cottage.”

However, she believes the painting’s viewpoint is unusual for its time, saying it doesn't favour the settlers.

“To place us, the viewer, on the side of Māori crouched in the foreground, not with the settlers, not crouching with them attacking the Māori... can invite, today, a kind of empathy with these figures.”

He concedes the painting highlights and reflects the tensions of the time, with iwi seeking to protect their rights and government wanting to settle the land – but says he may have chosen a different scene. 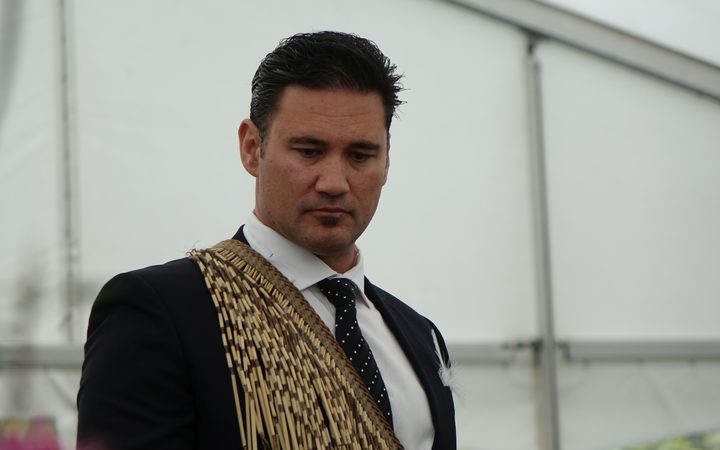 “If I was able to describe that historical experience to an artist or have an artist paint a picture, I would have had Europeans basically burning villages, destroying gardens.

“Because it is well-known and has been acknowledged through this treaty settlement process that the scorched earth policy was one that was enacted in Taranaki.”

However, Strutt’s painting has an important role to play today, Tuuta says.

“It also provides us with an opportunity to have a dialogue like this around understanding there’s a Māori view, a Māori experience and perspective of that time.”