We've come to the end of the series and to mark it, we have chosen a taonga that represents a vital link between New Zealand's past and future.

Te Hau ki Tūranga is a historic whare whakairo, or carved meeting house, and is the oldest of its kind - dating back to the 1840s.

It's a beautiful structure, completed by a master carver in the Tūranga style, but it's also special because of the community and people it belongs to - the Gisborne iwi of Rongowhakaata - and their ancestors.

But due to its forced confiscation in 1867, this whare whakairo is also a reminder of New Zealand's complicated and often fraught history, as well as our ongoing efforts to face up to the injustices of the past and make amends. 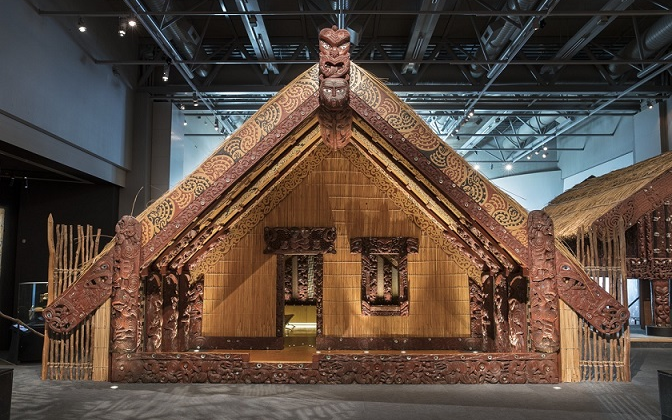 Te Papa Kaihautū (Māori co-leader), Dr Arapata Hakiwai, who is of Rongowhakaata descent, says he visits the whare at the museum almost every day.

"I greet my ancestors and say, you know, 'continue to look after us' and to say...'we have our people working here and they're working with you'...

"Our ancestors would have slept in here. We have had the descendants here sleep in the meeting house as part of the process when it was brought to this museum in the late 1990s."

Te Hau ki Tūranga was confiscated by the Crown in 1867 by then Minister of Native Affairs and Acting Director of the Colonial Museum, James Richmond.

It was dismantled on site at Ōrākaiapu pā with the help of government troops and rebuilt at the Colonial Museum - one of the predecessors of Te Papa.

Te Papa says the Colonial Museum was one of the first buildings constructed for the government after the capital city moved from Auckland to Wellington in 1865.

"It was loaded on the government steamer, the Sturt, and it was taken and even in the discussions in Parliament after that time there was great glee in recording the taking of this meeting house," says Hakiwai.

The government apologised for the forcible removal of the whare in 2012, acknowledging the ownership of Rongowhakaata.

Jody Wyllie has whakapapa to Rongowhakaata and is the iwi's lead negotiator in discussions with the Crown about the future of Te Hau ki Tūranga.

"It's an encyclopaedia of our history, our traditions and of our unique carving style the Tūranga style, of which Raharuhi Rukupō the architect of the house was most famous for.

"We've always likened it to…our ancestors…as being the zenith of the Tūranga style.” 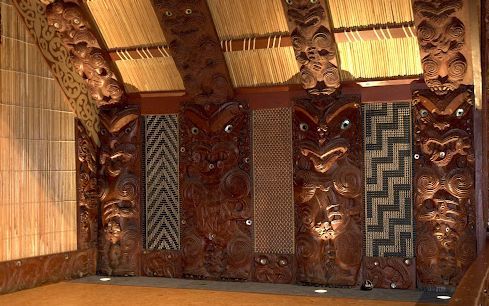 The inside of Te Hau Ki Tūranga. Photo: Supplied

Rukupō, who was considered a master carver, was assisted by no less than 18 other carvers from Tūranganui a Kiwa and Wairoa, Hakiwai says.

"His style is renowned for the three dimensional, it really comes out. There's different carving styles around the country but Rukupō carved in such an expansive way and you can see that with the pakati haehae and the surface decoration."

Wyllie says he first became interested in the whare whakairo in the 1980s, when he visited it at the National Museum on Buckle Street, and found out it was part of his own whakapapa.

"We actually have a situation now where an artefact, a taonga of ours has been forcibly removed from our possession and has become an increasingly valuable in monetary terms.

"It's a huge responsibility for us to take something of this nature back to our homelands in Gisborne but I believe we're up to it...if the government come to the party and help us prepare to have the house returned back to our possession." 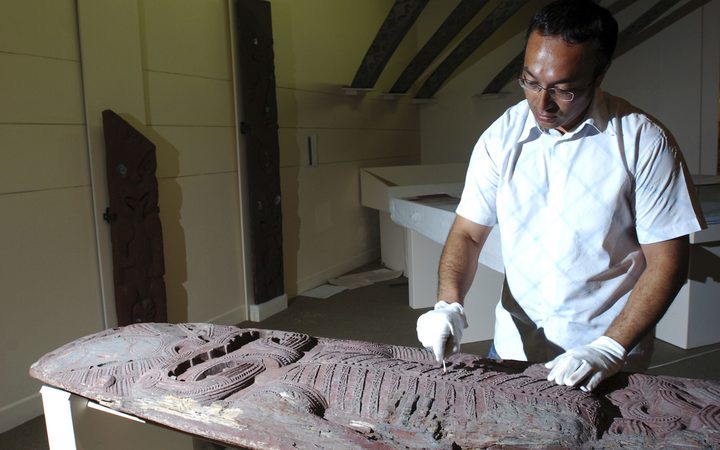 Te Papa says the confiscation was "simply wrong" and a "significantly arrogant injustice" to the people of Rongowhakaata.

It is working with the iwi to return Te Hau ki Tūranga back to Gisborne.

"What we've been doing as a museum and as a cultural institution is facing up to those kinds of issues on behalf of New Zealand," Te Papa's board chair Evan Williams says.

"These objects have enormous power within Māoridom and we need to recognize that. We are making actual amends...

"The whole issue of our relationships with iwi is really important  as we get to know Rongowhakaata better, both through the processes when they first came to Te Papa and more recently as we work together because they are our iwi in residence, their kaumatua is ours - and as we work together, everybody actually figures out how to trust each other, and we're all figuring out how to work together." 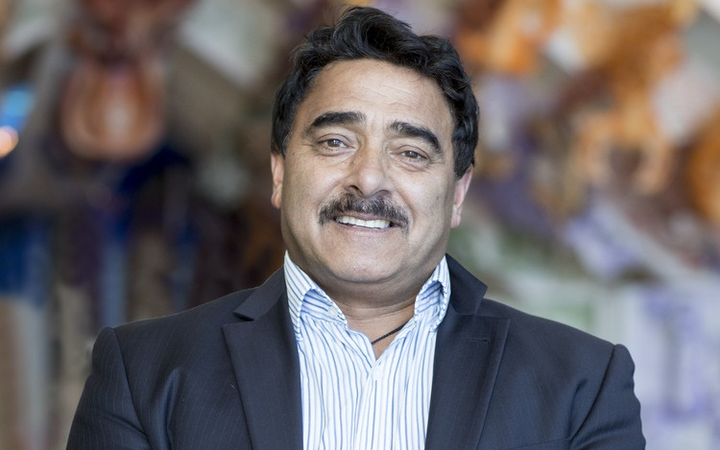 As part of that process, Hakiwai says Te Papa was working with the iwi to complete the restoration of this very special taonga.

"When I look at the ancestor believed to be Raharuhi Rukupō's older brother, you see the figure where you'd come through the entrance way - that's always special to me because he's looking out and I suppose has been looking out amongst this house with all the ancestors inside the house…

"I think it's the greatest treasure that this museum has, but it's even greater that we can return it to its birthplace and home to help revitalize and to do wonderful things for the Rongowhakaata people."