Ours: Lady Pippa Blake and NZL32

When Team New Zealand won the America's Cup on 13 May 1995, their 5-0 victory over the US caught the nation's attention in a way that competitive yachting had never quite done before.

It's a story that has all the necessary ingredients: a great sporting rivalry between nations, a charismatic leader overseeing a dream team, and a "rocket ship" of a boat that helped the New Zealand team sail to triumph.

Oh, and don't forget about that lucky pair of red socks. 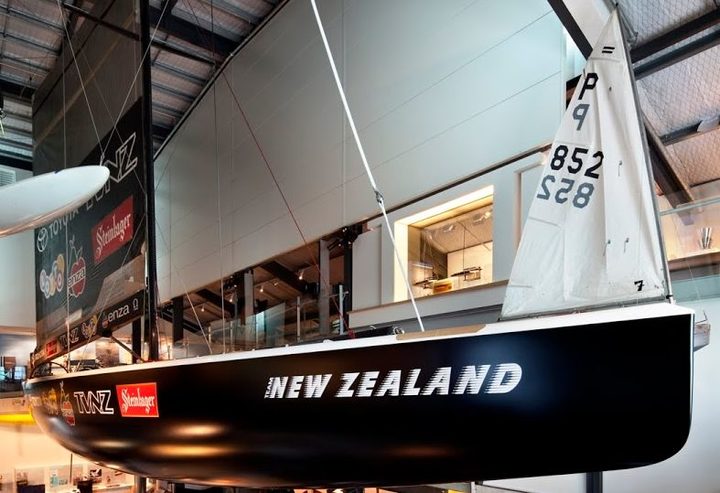 For a country that was more used to supporting teams on the rugby field, Team New Zealand's win in San Diego against Stars and Stripes was a historic moment which inspired sailors and landlubbers alike.

"Particularly because we’re an island nation, I think it strikes a very deep, almost primal nerve in us that we can excel at sport on the water," Te Papa history curator Stephanie Gibson says.

Team New Zealand's success demonstrated to the world that New Zealand excelled in design and technology, Gibson says, and could compete with the best.

So, in this week's episode, we turn our attention to the special boat that Sir Peter Blake and his team used to sail to victory – NZL32 AKA Black Magic.

To be clear, there were actually two boats called Black Magic, NZL38 and NZL32, but it was the latter which was kept under wraps and only unveiled towards the end of the competition.

"The New Zealanders were doing very well in NZL38 and the whole world thought that was the best boat," says Gibson. "And then for the finals they swapped to NZL32 and that really freaked everyone out. It was like – 'oh no, it’s older, it can’t be as good'." 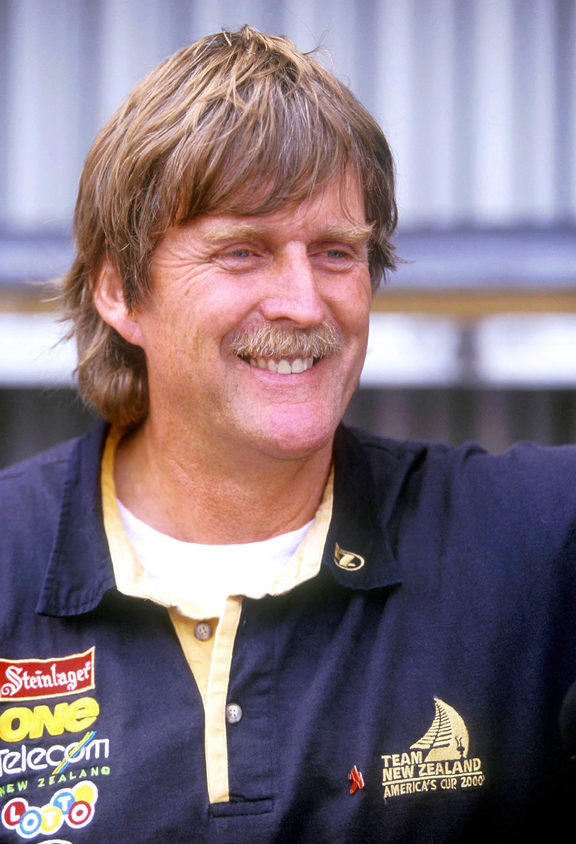 By the time Team New Zealand reached the finals, skippered by Russell Coutts, they had become firm favourites.

But they were facing off against the US – headed by four-time winner Dennis Conner – an American known as Mr America’s Cup, who had already attracted a degree of notoriety in New Zealand after walking off the very first Paul Holmes show during a testy interview in 1989.

Gibson says the team didn't want Conner and the challengers to know too early that NZL32 was, in the words of then Team New Zealand sailor Joey Allan, a "rocket ship."

Sir Peter's widow, Lady Pippa Blake, says some fans were confused as to why Team New Zealand had decided to use NZL32 for the final round.

"People thought this is crazy, why are the Kiwis using their slow boat? But the guys always knew it was their rocket ship. Sure enough, put her on the water and she went like a rocket," she says.

The boat's design involved designers and crew working together under a tight budget.

"The designers were very, very experienced – they were naval architects, really knew their stuff and they worked with the crew every step of the way," Gibson says.

They would mock up the deck back at home base and everyone involved including the grinders would experiment with the equipment and position.

Laurie Davidson and Doug Peterson headed the design team and Tom Schnackenberg was the design co-ordinator.

"Peter, when he came back in the evening, he’d tell me a bit about it but on the whole it was best not to know but I could tell there was an element of excitement," says Lady Pippa.

"The whole thing has magic in it because it’s the tension between having a light hull and sails and a heavy bulb attached by the keel," says Gibson.

"So you want your weight down below and you want it to be light up the top so you can be as fast as possible - but it’s getting that balance right which is always the trick with America’s Cup boats."

But what about Sir Peter Blake's lucky red socks?

"I keep calling them posh red socks because they were Ralph Lauren, they were the most I’d ever spent on a pair of socks at that stage and I gave them to Peter for one of his Christmas presents and he wore them for his first race,” Lady Pippa recalls. “And they won the first race and they won the second race." 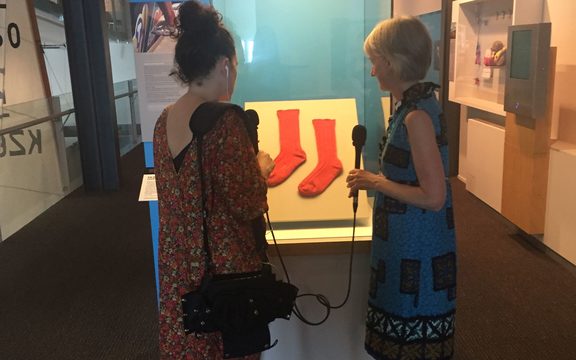 The only race Team New Zealand lost was when Blake was not on board wearing the red socks, so the idea of lucky red socks went on to inspire a nationwide campaign.

Lady Pippa remembers there being “an extraordinary outpouring of 'Get Blakey back on the boat with his red socks!'"

"It turned into this huge campaign and sure enough they won every single race after that".

Of course the team’s success was down to more than footwear.

Lady Pippa attributes it to the teamwork, the campaign, and the fantastic boat: NZL32. Even so, she acknowledges the power of the red socks idea, and says even after all these years, visitors still leave red socks beside Sir Peter's headstone.

After their thrilling win, Team New Zealand returned home triumphant and were showered in ticker tape during victory parades throughout the country.

They went on to successfully defend their title in 2000. 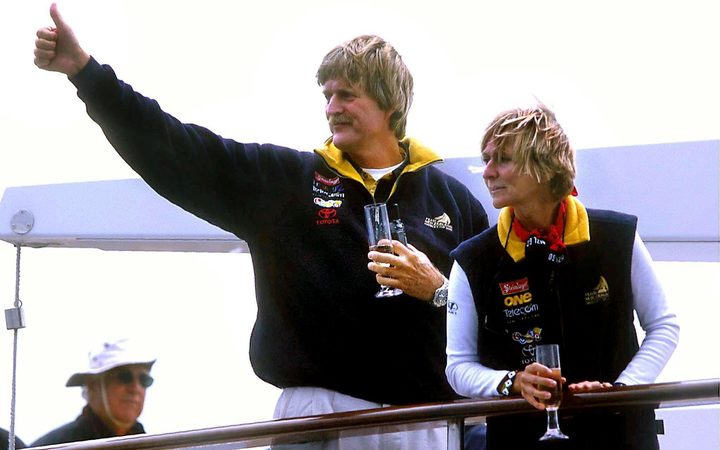 Black Magic is now on permanent display at the Maritime Museum in Auckland as part of the Blue Water Black Magic exhibition – a collaboration with Te Papa.

"We really felt its spiritual home and the whole history of who made it and who was part of it was Auckland based," Gibson says.

"So we worked with the Maritime Museum, here on Hobson’s wharf, to realize this amazing exhibition which you see here now, the whole history of New Zealand yachting with NZL32 at the heart of it."

The memory of that extraordinary performance in San Diego now has a bittersweet tinge. Sir Peter, who was also an environmentalist, was killed by pirates on the Amazon river while monitoring climate change in 2001.

But his legacy, and that of Black Magic's, continues to inspire a spirit of adventure in many New Zealanders, especially kids who begin sailing in tiny boats with their local boating clubs.

Like them, says Gibson, "Peter started in a P class and some of them will get to work at this level on a huge massive stage".

That’s what she loves about Black Magic: “What it represents is that anybody can make that journey."