Eric London and the first ever dinosaur tooth

This is where Jurassic Park began. It's when we actually stared walking with dinosaurs. In fact it's the moment humans first realised dinosaurs existed, and, like the rest of us, it immigrated to New Zealand and has found its home here. 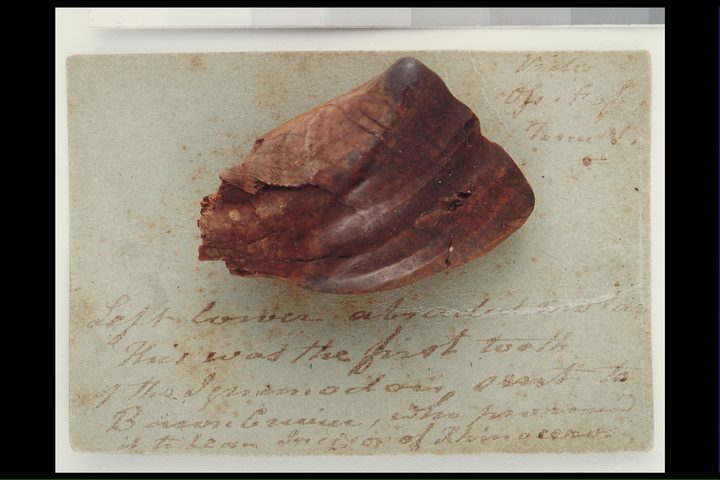 Amongst the collections at Te Papa - and a dead-cert for our list - is a simple fossilised tooth that is truly a world first and the envy of dinosaur fanatics worldwide. It's a tooth that was discovered near Brighton, in England, around 1820 by Mary Ann Mantell and her husband, Gideon. The couple were passionate fossil collectors and one day Mary Ann - or was it Gideon? Both stories have been told - found some large teeth on the side of the road. Experts struggled to identify them. Rhinoceros? Crocodile? Some kind of large lizard?

How were they to know it belonged to an Iguanodon, a creature that weighed around three tonnes and could be 13 metres long? As 16 year-old dinosaur enthusiast and our guide for this episode, Eric London says, for those trying to make sense of the fossil record two hundred years ago, "it's kind of like a real life dragon". 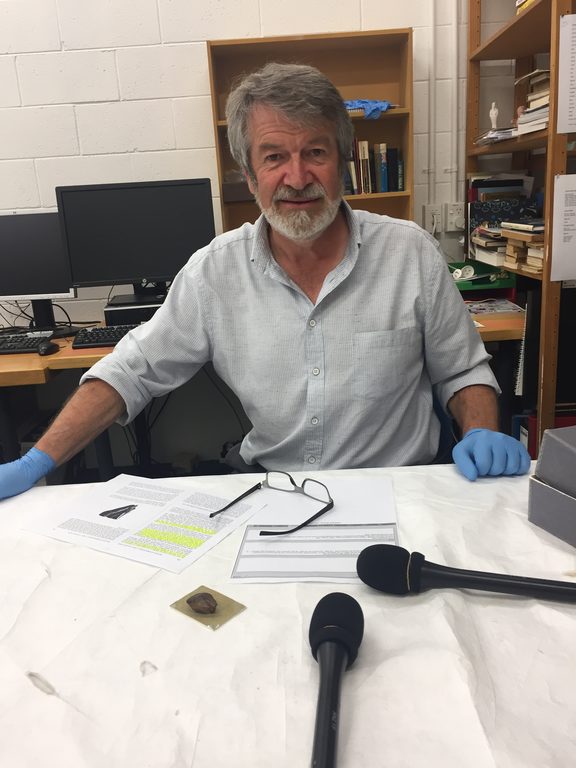 "Of course you can imagine in the 1800s," says Dr Hamish Campbell, Te Papa’s geologist in residence from GNS Science, "how did educated people get their head around the concept of extinction? It really didn’t exist until the discovery of dinosaurs and then bingo, people started realizing wow, there must have been organisms around on this planet that ware no longer here so it kick-started the whole investigation of dinosaurs as well as raising the concept of extinction.”

And it began with this tooth, the very first fossil to be recognized as dinosaur.

"it kind of led us to realize what these creatures were, where they’d come fro  and well, it basically started off our knowledge about dinosaurs in general so stuff like Jurassic Park," London adds. "All the cool things that stem from dinosaurs kind of started with that tooth…. You know, it’s pretty cool.”

Even though it looks like a bit of wood. So how did it end up in New Zealand?

The Mantells divorced, but one of their sons, Walter Mantell, migrated to Wellington, becoming an MP and a naturalist of some renown. He arrived on the Oriental in 1840, just a week before the Treaty of Waitangi was first signed. With no particular plan, Mantell tried a range of jobs before being appointed to "the office of commissioner for extinguishing native titles, Middle Island (South Island)", according to Te Ara, the Encyclopedia of New Zealand. He was involved in negotiating reserves for Ngai Tahu, which saw great swathes of land lost to the iwi. But disillusioned by the failure of the colonial government to fulfill its promises, he returned to England for a while, before coming back to New Zealand becoming the representative for Wallace in 1861. Despite repeated attempts to see the promises to Ngai Tahu fulfilled, his efforts were frustrated.

He did however earn a reputation in natural history, following in his parent's footsteps, including digging up crates of moa bones in the Taranaki. He donated the dinosaur tooth to the colonial museum, where he was at times acting director, and it was on display when it opened in 1865. 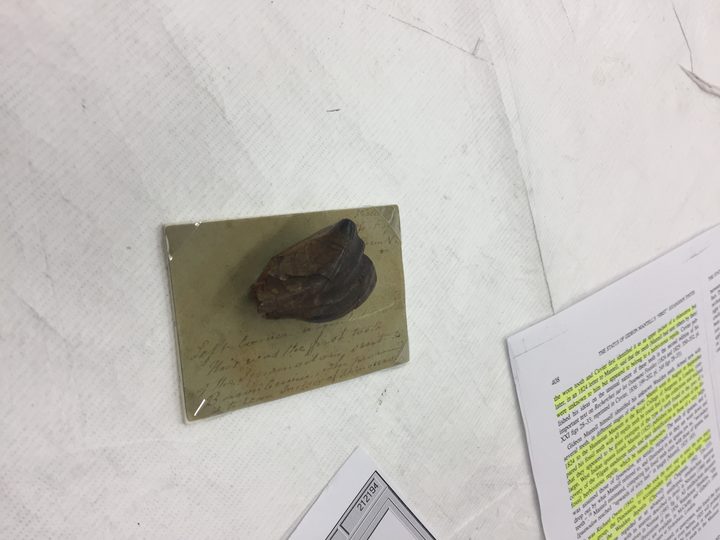 So while the tooth's story is a very New Zealand one, the country is hardly Dinosaur Central. As London points out, we had few down in this part of the world.

“I mean we had a few Pteranodons and flying reptiles and we do have a few I think sauropods, like diplodocus but a bit smaller but none of the ones that you’d know in the big names of dinosaurs I guess.  So the fact that we have the tooth is really cool, because it’s a link to those original fossils so it’s quite cool to know that New Zealand is inside the loop when it comes to dinosaurs.”