Not many politicians would choose as a hero a man as famous for finding trouble as he was for getting out of it. Yet when Prime Minister Jacinda Ardern gets up close and personal with one of the hand-made sleds from Sir Ernest Shackleton's 1907 Antarctic expedition she can hardly contain the excited child inside. "Incredible... Extraordinary," she gushes. It turns out Ardern has a little known obsession with the Irish-born explorer.

Ardern confesses to having considered getting a tattoo of Shackleton. But where would she have put it?

"That became the problem," she laughs.

Shackleton may not be an easy hero and was a forgotten one for much of the 20th century. But he wasn't any old chancer; indeed, he's now regarded as a role model in team-building. He might have failed in his attempt to be the first to cross Antarctica in 1914, but the heroic leadership of his stranded crew over ice and sea, without a single loss of life, has become a story for the ages. And perhaps not bad inspiration for a leader of the modern Labour Party. 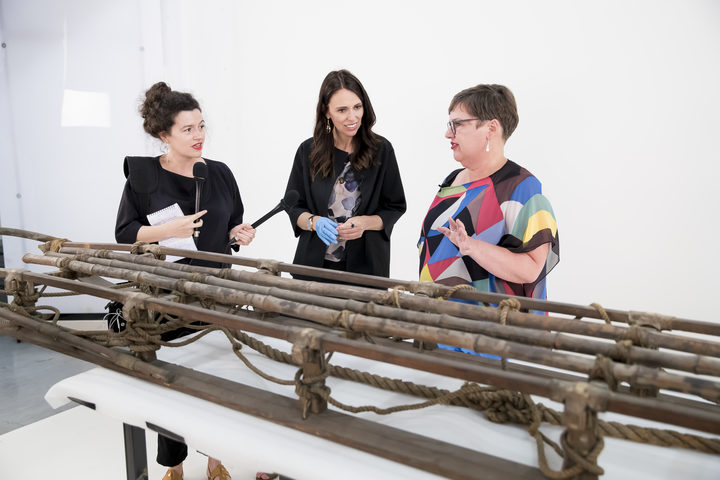 For episode two of Ours, as we discover 20 objects in Te Papa's collection that help tell the story of our country, Ardern went behind the scenes at Te Papa to see one of the bamboo, ash and hickory sleds Shackleton's crew hauled across the frozen continent on the earlier 1907 Nimrod expedition. It may be a story that takes place offshore, but the Nimrod set sail from Lyttleton and in 1914, Shackleton's ship the Endurance was captained by Cantabrian Frank Worsley.

New Zealand's connection and commitment to Antarctica runs deep, including Sir Edmund Hillary's 1957-8 journey to the South Pole (the first by motor vehicle) and the loss of 257 lives in the Mt Erebus air crash in 1979.

Ardern's passion for Shackleton stems from her father and the book, Endurance: Shackleton's Incredible Voyage by Alfred Lansing. She lists it as her favourite read.

"It was Alfred Lansing’s version of the story that was published in the 1950s where he’d managed to get those eyewitness accounts - it was just such an extraordinary tale and I couldn’t imagine the human spirit let alone body that could have endured that and yet there it was," she says. 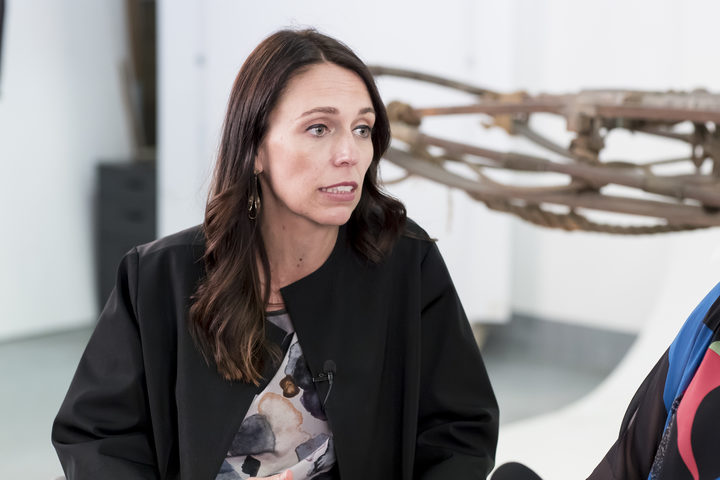 Shackleton's legacy remains somewhat ambiguous. A heroic leader, none of the three expeditions south he was involved in really achieved their goals and his business ventures back home failed and left him deep in debt. "I used to be in a youth leadership role and I used to get asked to do these presentations around youth leadership.  I would always talk about Shackleton, it just became the thing I used as my example because I was so fascinated with the example of leadership in the face of huge adversity."

"I think sometimes we can become so fixated on the destination we forget about how we get there," muses Ardern.  "And that’s something I’ve always carried as a bit of a life lesson, that yes, certainly he would have been remembered for those firsts had he achieved them but he was of course overtaken on things like the Nimrod expedition because he didn’t get there.  He got further than anyone else for a time but he never got there.  But what endured was how he was known to treat his men on the expedition and the stories that came out of that, those survival stories."

Ours: Treasures from Te Papa is made by RNZ, Te Papa and Bird of Paradise Productions.