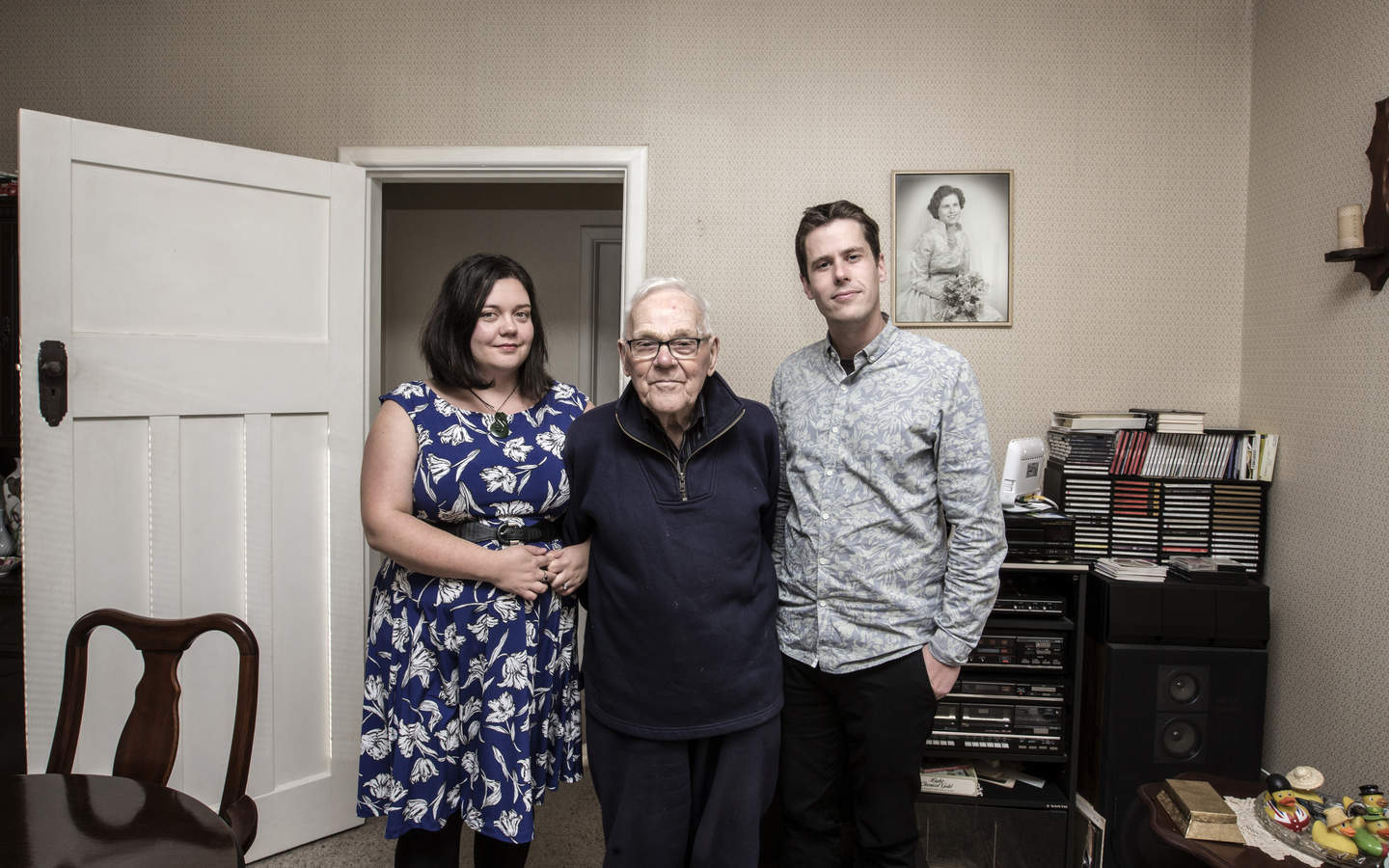 At age 28, Georgia van Gessel never expected to be her 90-year-old grandfather's flatmate.

But after a failed three-year house hunt, she and her husband Joseph, 32, decided moving in to the Lower Hutt home where she grew up could be their only hope of ever buying a property in Wellington.

The generational divide looks set to feature in this year's election, with MPs stoking resentment over issues such as housing and superannuation.

But for the van Gessels, the solution came from two generations working together.

"We were actively going to places where it was an auction on who could pay the most rent," Mr van Gessel says.

"There were people out the door. So many couples and student groups. Had the owner there, saying - fill out the form on the table. Put your highest price."

At the same time, Mr McKay was becoming uncomfortable living alone in his Moera house. He'd recently collapsed from dehydration but didn't want to move into a rest home.

"I said, 'Well, come out and share my house with me - serves a double purpose.'  So I suggested it, they accepted and here we are," he says.

"I'm very happy to have someone else in the home." 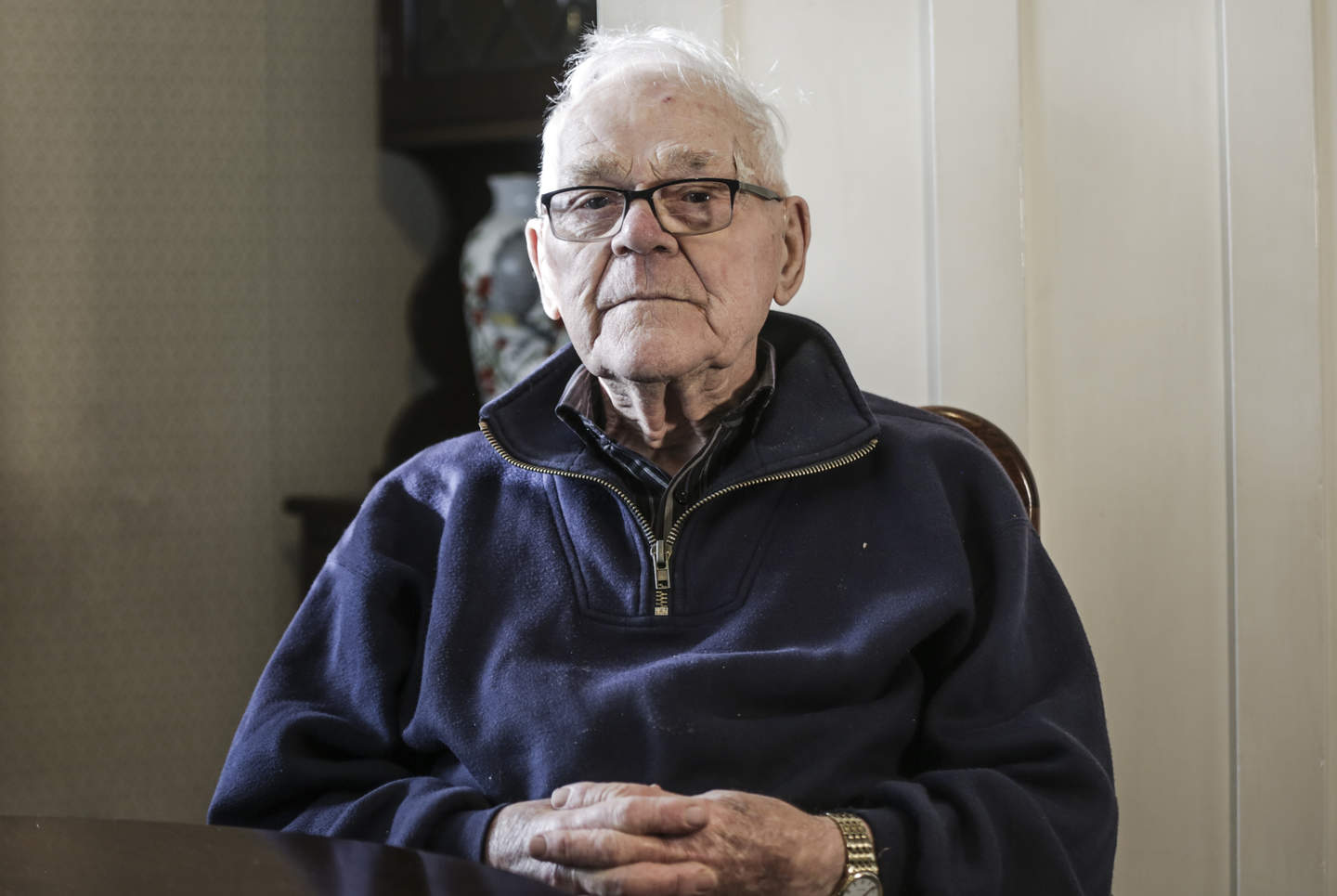 'They're no problem at all', Bob McKay says of his youthful new housemates. Photo: RNZ / Rebekah Parsons-King

They're not empty words. Mr McKay had told the couple he didn't think he'd make it through another winter alone.

The three have come to a practical arrangement - Mrs and Mr van Gessel don't pay rent, but cover all the expenses and take care of the cooking and cleaning.

"Apart from that, they're no problem at all."

The young couple have also rolled up their sleeves and put a lot of work into renovating parts of the house, spending weekends stripping the walls, refitting windows and replacing carpet.

"It's way more important for us to actually spend good quality time with him," Mrs van Gessel says. "Paying for a room and never being here doesn't benefit anyone."

Mr and Mrs van Gessel came close to buying their own house in Wellington in late 2015.

They were eyeing up a piece of land in Te Aro they wanted to build on, but could only afford it by dipping into KiwiSaver and claiming the government's HomeStart grant.

Mr van Gessel, though, already owned property in Nelson which he'd bought with the help of his parents in 2010. That meant he had to sell that house in order to qualify as a second-chance buyer.

"In the six months it took us to sell my place, get everything lined up, lawyers, go through the negotiations - the exact same bit of land had gone up $60,000."

That then put them over the then-$450,000 price cap for the HomeStart grant. 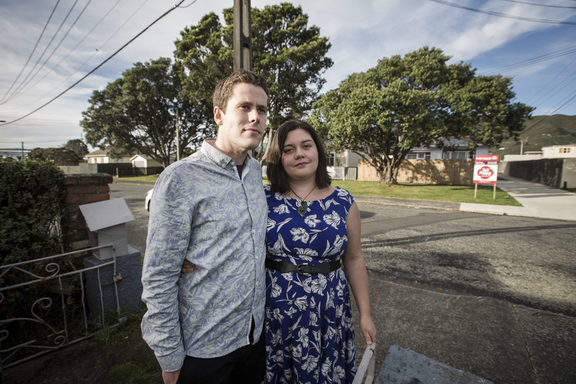 "Unfortunately that's exactly what I was depending on to be able to afford it," Mr van Gessel says.

The setback was just one in a series of close calls and failed tenders.

"We've spent many thousands of dollars with lawyers - getting outbid in tender applications and on builders' reports," Mr van Gessel says.

"I have everything everyone says I'm supposed to have [to buy a house]. We've got university degrees. We're being paid a bit over the average income. We've got no dependents.

"We tick basically every box - can't get it."

The average price for a house in the Wellington region recently cracked $600,000, the latest QV figures show.

"The banks won't look at me," Mrs van Gessel says. "I'm still in my first two years of contracting. And because that's classed as self-employed, the banks want two years of proof."

"There is the possibility of us getting a place - if we were to hock ourselves up to the eyeballs and lie through our teeth to the lenders," Mr van Gessel says.

"[But] we wouldn't be able to cope with mortgage rates doubling."

Mr McKay says "it's practically impossible" for young people to buy a house these days.

"I feel sorry for them... They've got a lot more problems than we had. When we were young, you'd save up to get a deposit for a house and you'd start a family.

"I think that's a thing of the past."

He recommends others in his generation consider opening the doors to their grandchildren too.