Brighter Future? Inside our classrooms 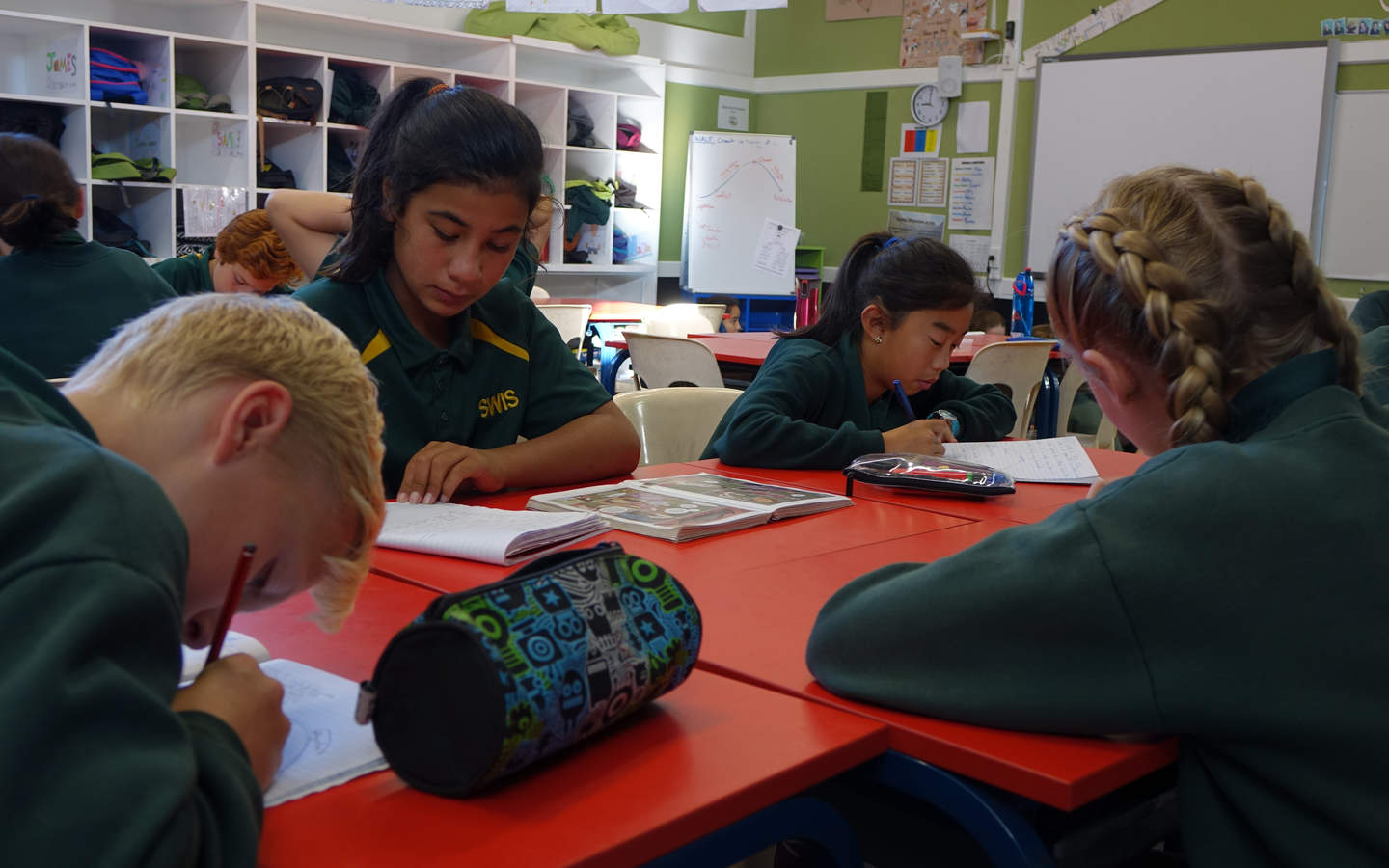 From Maui taming the sun to Pandora opening a box, the myths and legends children at South Wellington Intermediate School are studying this term are as diverse as the students. As part of the series Is this the Brighter Future? - which examines the government's record since it was elected - RNZ reporters peer into the nation's classrooms.

The school is majority Pakeha, but 31 ethnicities are represented in its classrooms.

"A really key part ... about belonging at our school is bringing in all of the diversity and the richness that the students bring and reflecting that in our classroom programmes," principal Traci Liddall says. 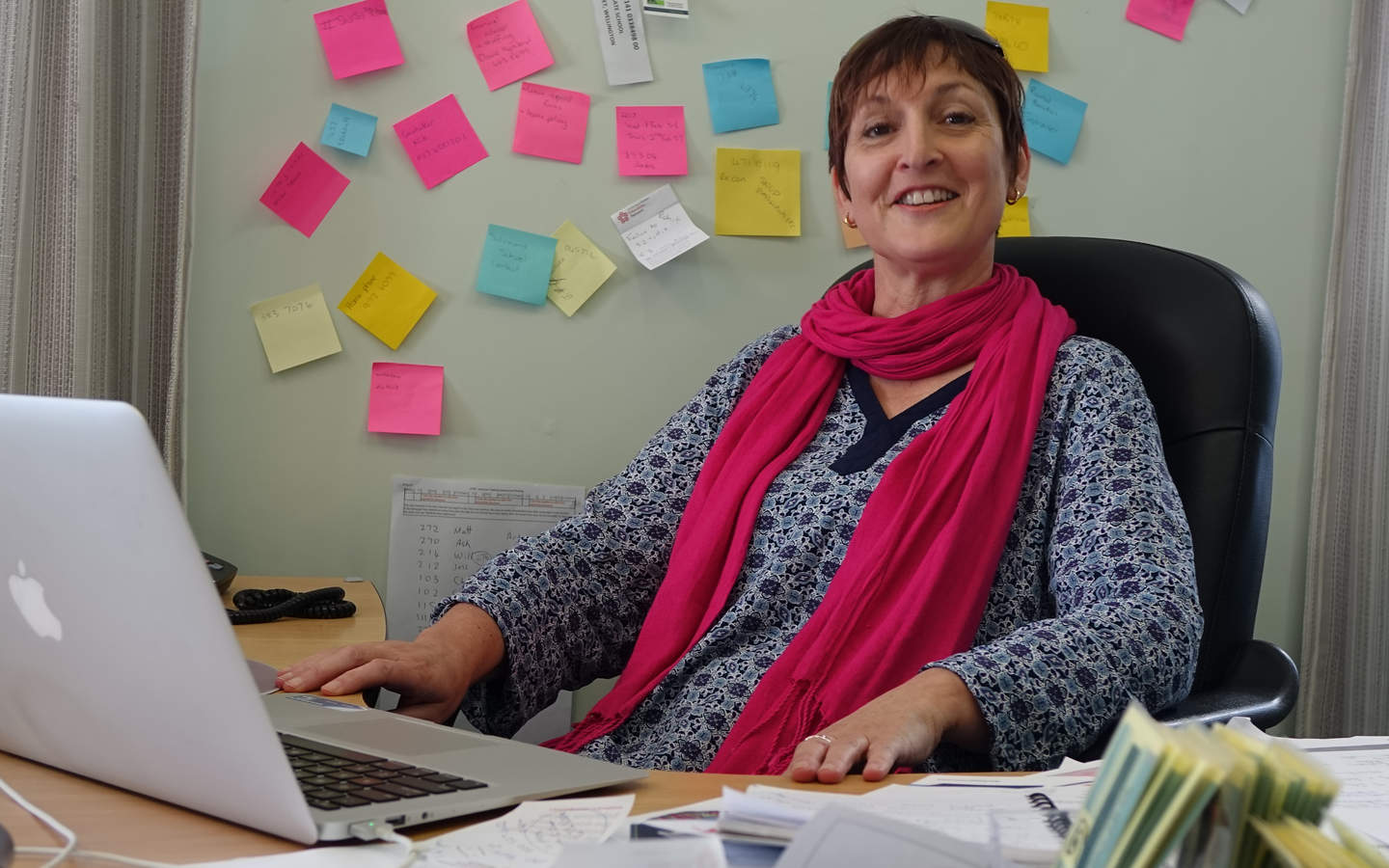 South Wellington's ethnic diversity reflects changes that have happened across New Zealand schools in the past decade.

Pakeha pupils are still the majority, but only barely, while Maori account for a quarter of the school roll and children from Asian backgrounds have overtaken Pasifika children as the third most common ethnicity.

Record migration numbers - particularly since 2013 - are contributing to a more ethnically diverse New Zealand, and show no signs of slowing down.

The most recent estimates are that by 2038 the number of Asian people will almost double, to 22 percent, overtaking Maori at 18 percent of the population.

But the government says the general mix of numbers is sustainable; furthermore, it says immigration is a strong driver of economic growth and is needed to fill skill shortages in some industries. 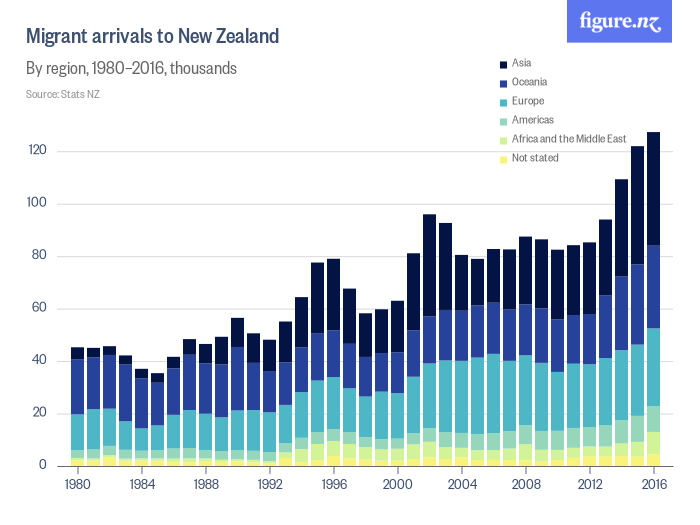 Nationally, 51 percent of the nearly 790,000 children enrolled in school are Pakeha, down from 56 percent in 2008, while the percentage of Maori has grown slightly from 22 to 24 percent, pupils of Asian ethnicities have grown from 9 to 11 percent and the proportion of Pasifika children has moved from 9 to 10 percent.

However, most children don't go to a school with the average ethnic mix.

Decile 8 South Wellington Intermediate is close to those numbers - if you're looking for the typical New Zealand school, this is probably it.

The clocks on the wall at Balclutha Primary School provide a ticking reminder of the school's new-found cultural diversity.

In the past six years, the decile 4 South Otago school has seen an influx of children from around the world as immigrant families have come to the town to work at the local freezing works or in businesses serving the growing dairy industry.

The school's principal, Paddy Ford, says the clocks show different time zones and serve as a welcome to those children.

The roll of 150 students now includes children who are African, Chinese, Fijian, Indian, Japanese, Thai and Irish and Pasifica.

Mr Ford says their presence has enriched the town of about 4000 people - though the Kiwi students don't really notice.

"They don't think it's anything different, having different people in their class," he says.

"If the adults around them just see it as a normal thing and don't make a big fuss about it, then the kids don't either." 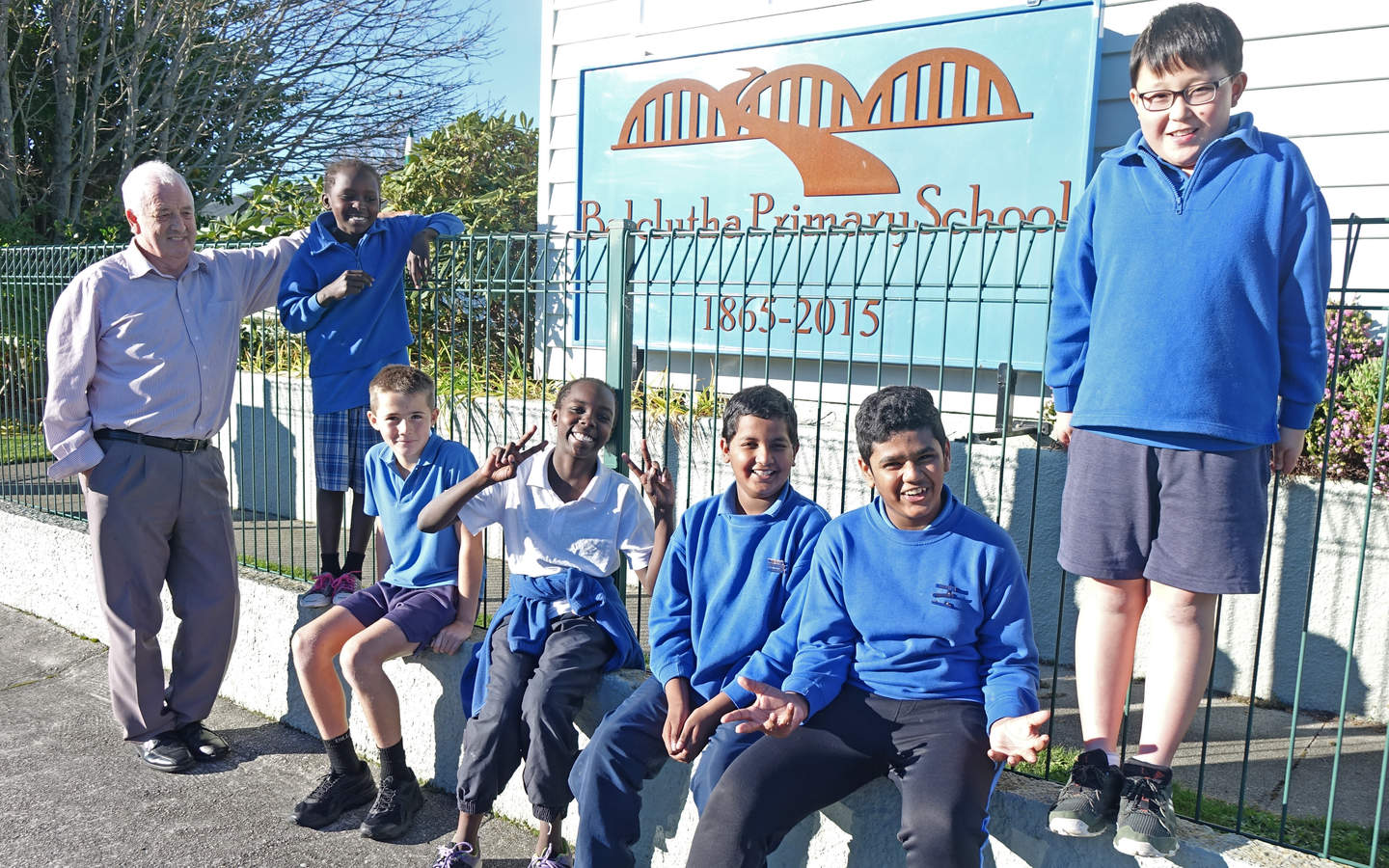 Every week all students study Mandarin through a Mandarin teaching assistant, supplied by the Confucius Institute.

Demand for the lessons across South Otago schools has meant the district now has three teaching assistants.

It's also an Asia Aware school, which offers tools learning about Asia in the classroom as well as scholarships for teachers to attend a Chinese culture immersion programme in China.

"In Balclutha all our exports go to Asia, all our logging, all our dairy," Mr Ford says.

"The more we know about it the better."

Co-principal Martin Dodge, who just got back a China immersion trip, says it is important to prepare the students for a multi-cultural world.

"We teach Maori for example, not because we have fluent Maori speakers in the area particularly, but our children are going to work in a multi-cultural environment in the future," he says.

"They only have to move to the other end of the country and suddenly they'll be working alongside Maori, Samoan, Tongan, and South African.

"Our little piece of New Zealand here is not a good representation of what our country as a whole is, so we have to prepare those children for cooperating and interacting with a variety of people."

With 14 cultural groups in this year's Polyfest and a Middle Eastern student in its first XV, Avondale College is Auckland's ethnic diversity expressed through nearly 3000 teenagers.

The big decile 4 school has 30 ethnicities and a roll that is 28 percent Asian, 27 percent Pasifika, 21 percent Pakeha and 11 percent Maori.

"Everyone's so nice here because they're so used to different cultures," says Melissa Albo Delgado, an international student from Mexico.

"Being a part of all of the culture, you get exposed to so many different things... it teaches you a little tiny bit about every single culture all around the world," added Bianca Craill.

Avondale's diversity is not unusual in melting-pot Auckland where the ethnic make-up of schools is very different to the national average.

Since 2008, the city's total school roll has jumped six percent to about 270,000 children and the percentage of Pakeha students has dropped from 42.5 percent to 38 percent. Asian and Pasifika students now account for 20 percent each and 15 percent of Auckland school children are Maori. 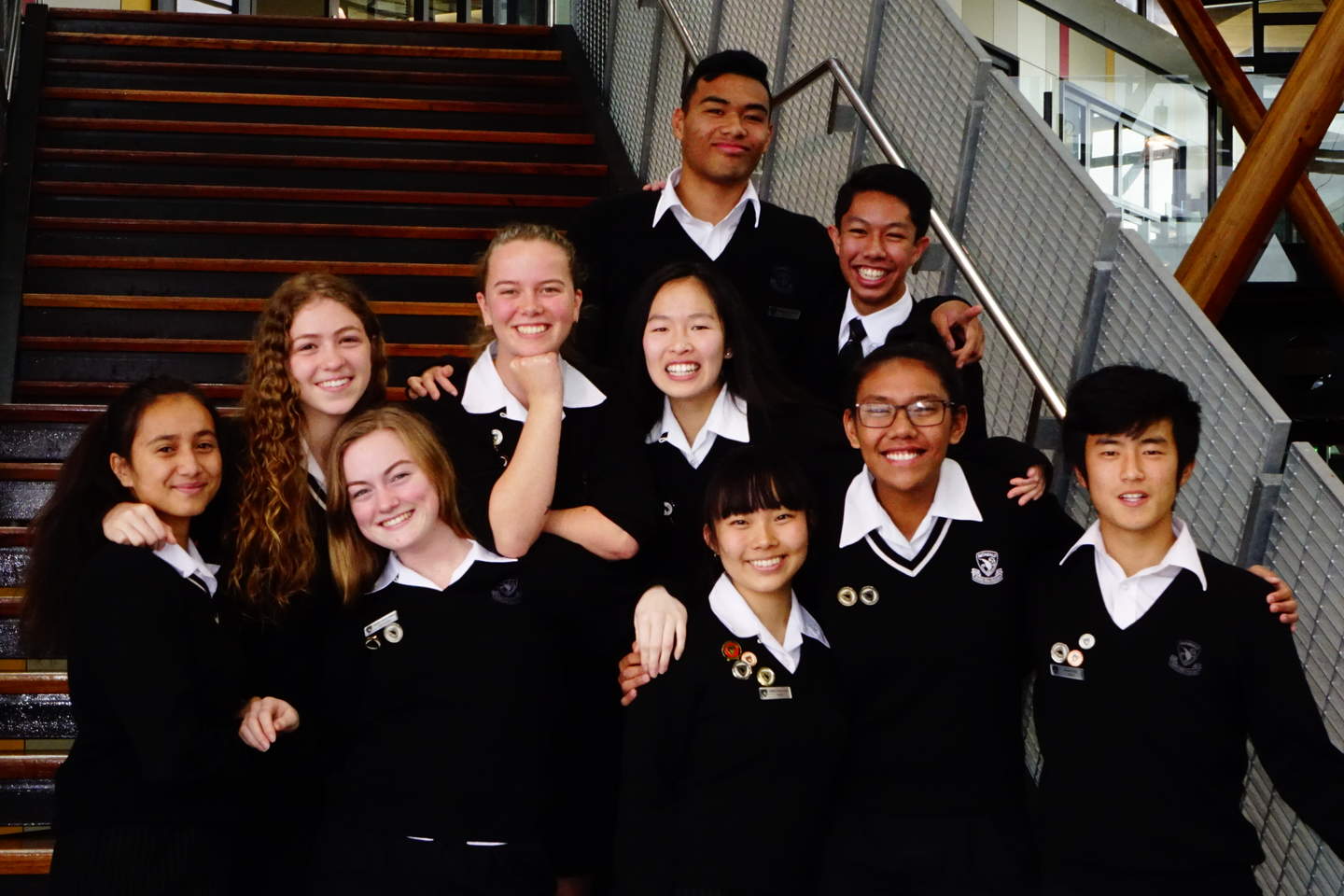 Head boy Ezra Kapeteni says having a Middle Eastern student join the First XV rugby team this year broke down barriers for many.

"Some people were a bit shocked seeing him on the field," Ezra says.

The principal of Avondale College, Brent Lewis, says his school's diversity has been valuable in dismantling racial barriers and stigmas.

"If you look around our school you'll see a Muslim girl with a Pasifika girl with a European girl with an Asian girl and they'll be chattering away very happily. And they're just young women, and that's it."

RNZ's election series Is this the Brighter Future? examines the Government's record since it was elected in 2008. Read more here.