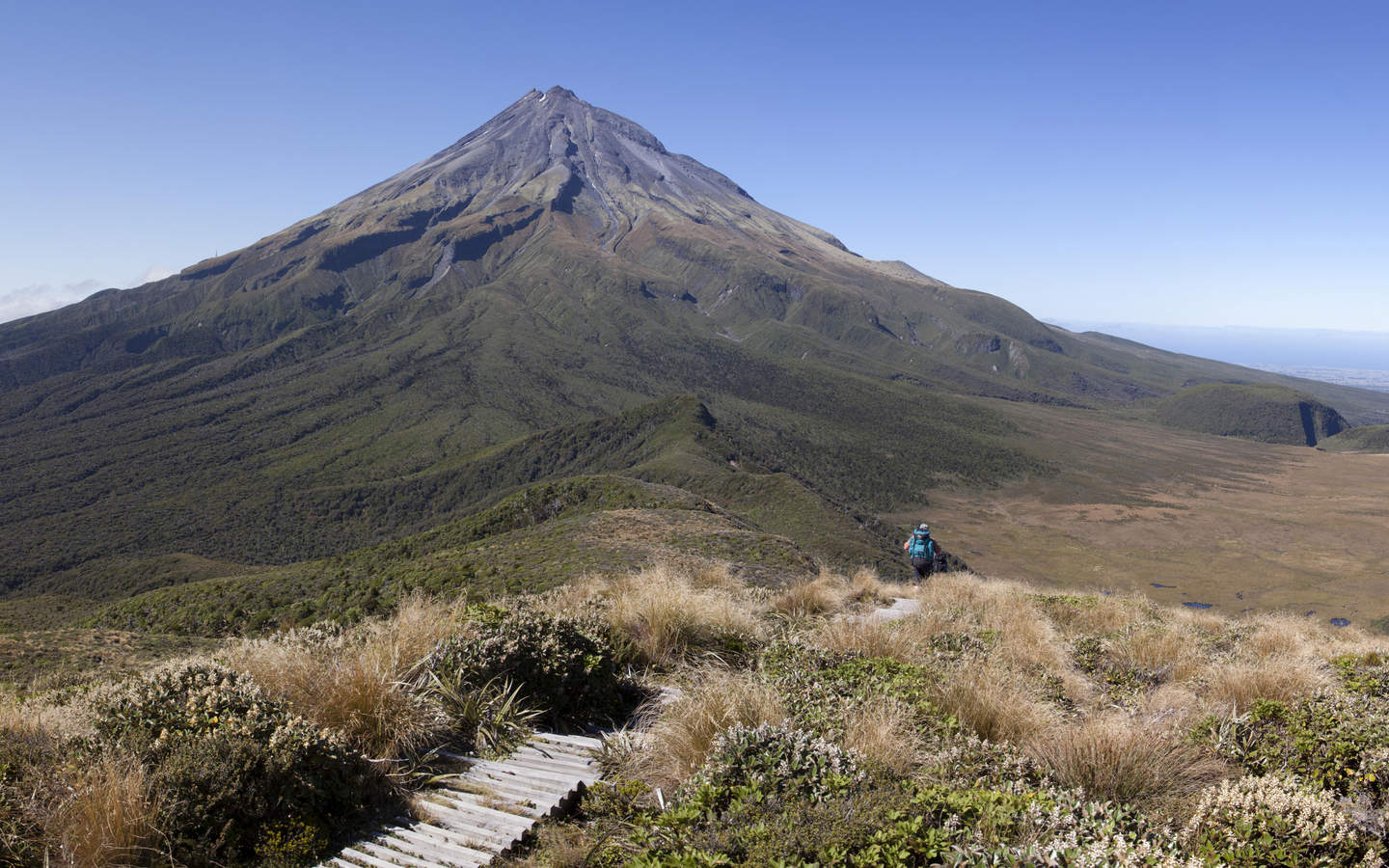 In a country marketed for its sparsely-populated landscapes, some of our tourist destinations are now bursting at the seams. As part of a new RNZ series - Is this the Brighter Future? -   examining how the National-led government has shaped our lives, RNZ's journalists investigate.

When Robert Kay first began holidaying in Abel Tasman National Park, it was rare to see more than one boat a week drift past the turquoise bays, or haul up on grainy, golden beaches.

Mr Kay and his wife Sarze have owned a property in one of the park's few private enclaves since 1983, and Mr Kay has been visiting the area since the 1950s. Back then, even trampers were few and far between, he says.

But visitors to the park this past season are expected to top 250,000 - 70,000 more than even a decade ago. About 75 percent are day visitors, who take any number of the multiple daily water taxi services in, and then walk out. 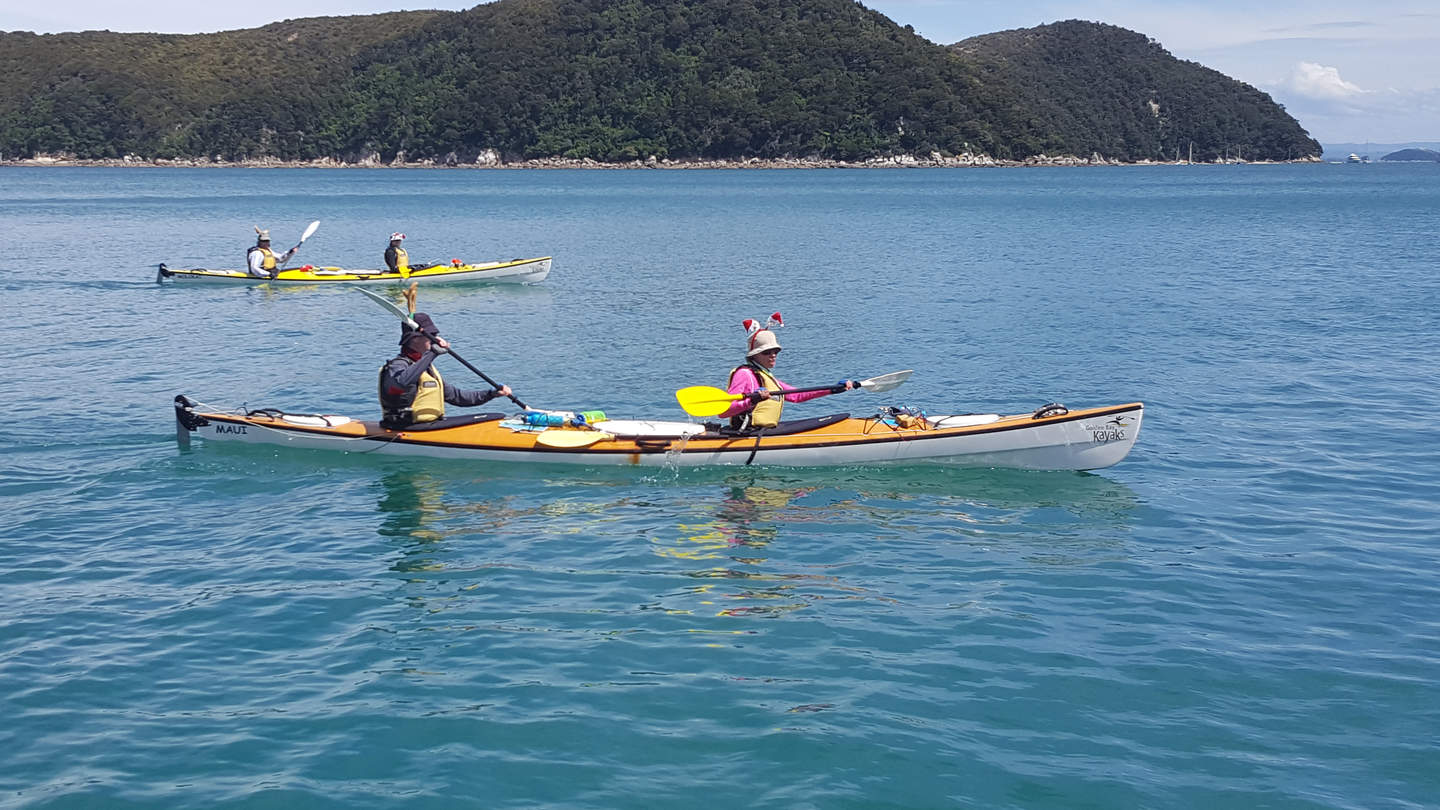 Abel Tasman - the smallest of the country's 13 national parks - provides a snapshot of what is happening at tourist destinations and picturesque spots all round the country.

Just under a decade ago New Zealand was throwing out the welcome mat to an annual 2 million visitors, with hopes of attracting twice that number.

Former Prime Minister John Key signalled tourism's importance to the government's economic strategy early into its first term - taking on the portfolio himself for most of his time at the helm.

Since National's first Budget, direct government spending on tourism - most of it on marketing - has nearly doubled, gradually rising from $81 million a year in 2009 to about $150m in the Budget announced last month.

Tourism is now the country's largest export sector, worth about $35 billion, and the government is close to its target of doubling visitor numbers.

But Kiwis are starting to ask themselves whether that's the right way to go, as they queue with tourists for back-country huts, argue with councils over freedom campers sullying city parks, and grumble over waiting too long for a seat in a cafe.

In 2008, New Zealand's 2.5 million visitors spent nearly $11bn in an industry that employed 95,000 fulltime workers. Tourist numbers have now just topped 3.5 million for the year, and 188,000 people now work in the industry.

The government has a tourism strategy built around supporting the tourism sector to reap the benefits of growth in visitor numbers while managing the pressures this places on businesses, communities and infrastructure.

The strategy focuses on three challenges, but the environment is not among them.

In Abel Tasman, Robert Kay says there are clear signs the park is under stress. The increase in pleasure boats and commercial craft has added to the problem, which revolves around insufficient facilities for the number of people.

"You don't need to walk very far up the track to see [toilet] paper on the side of the track and not very far off it. In Torrent Bay itself there are two public toilets by the jetty but they often smell with queues of people using them.

"There's no doubt about it - there are lots of signs of additional impacts on the park," Mr Kay said. 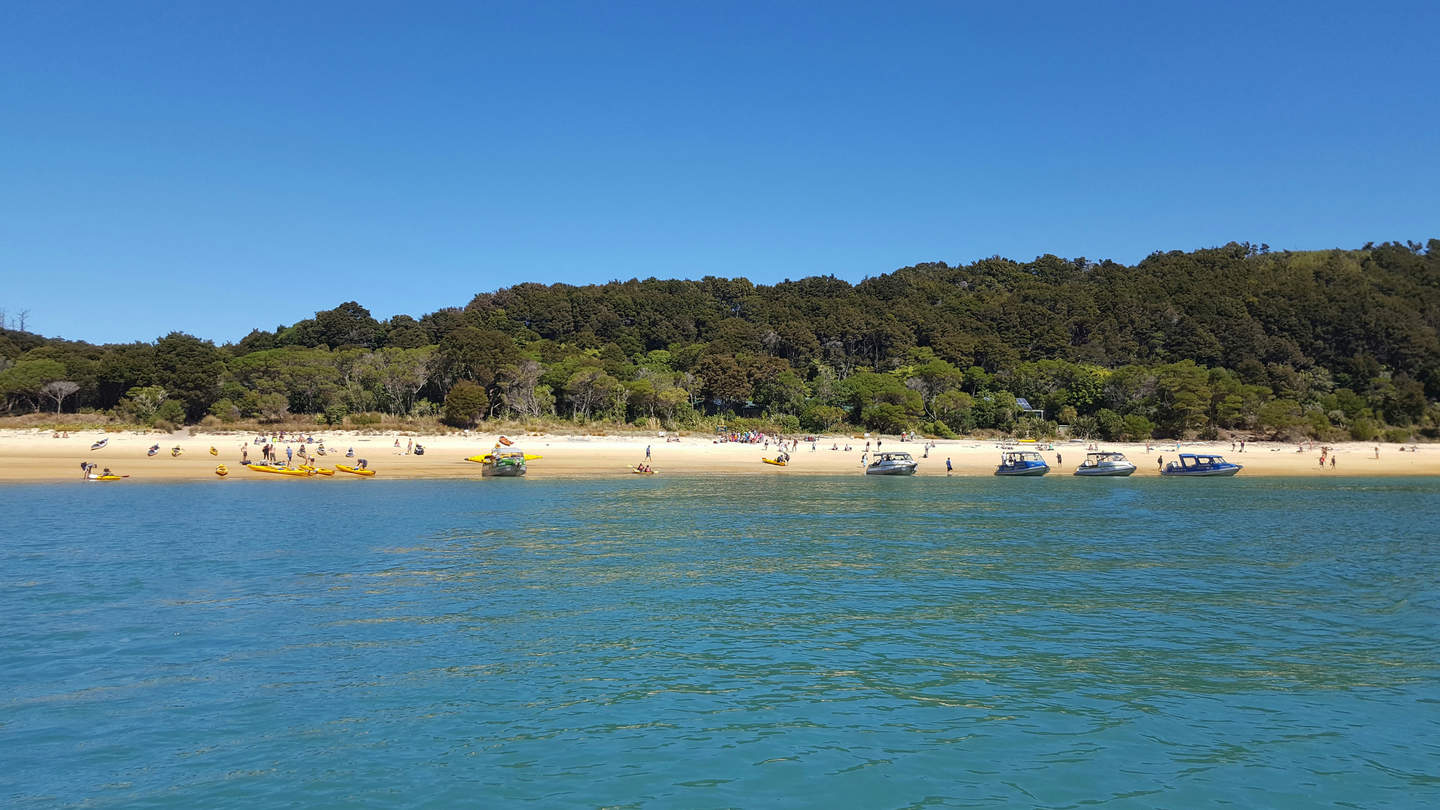 In Rotorua, one of New Zealand's tourist meccas, visitor numbers and expenditure have almost doubled in the past decade.

Whakarewarewa Thermal Village is coping, but James Warbrick, the chair of the charitable trust that owns the "living village", says the environment alone will limit the influx.

As kaitiaki of the geothermal area, the trust has accepted advice from GNS Science to keep visitors to about 100,000 a year, Mr Warbrick says.

"Our village sits on a 'crust' over the geothermal field... You get a few hundred people walking over a narrow path [and] that movement over the ground can appear in the crumbling underneath. So we've taken that on board."

Making money is not the sole focus of their whanau-owned and operated business, but there is pressure on operators and services in Rotorua to cater for the increasing tourist numbers, he says.

"We don't want to lose our culture. We have our kuia koroua and they pull us up if we get too commercial." 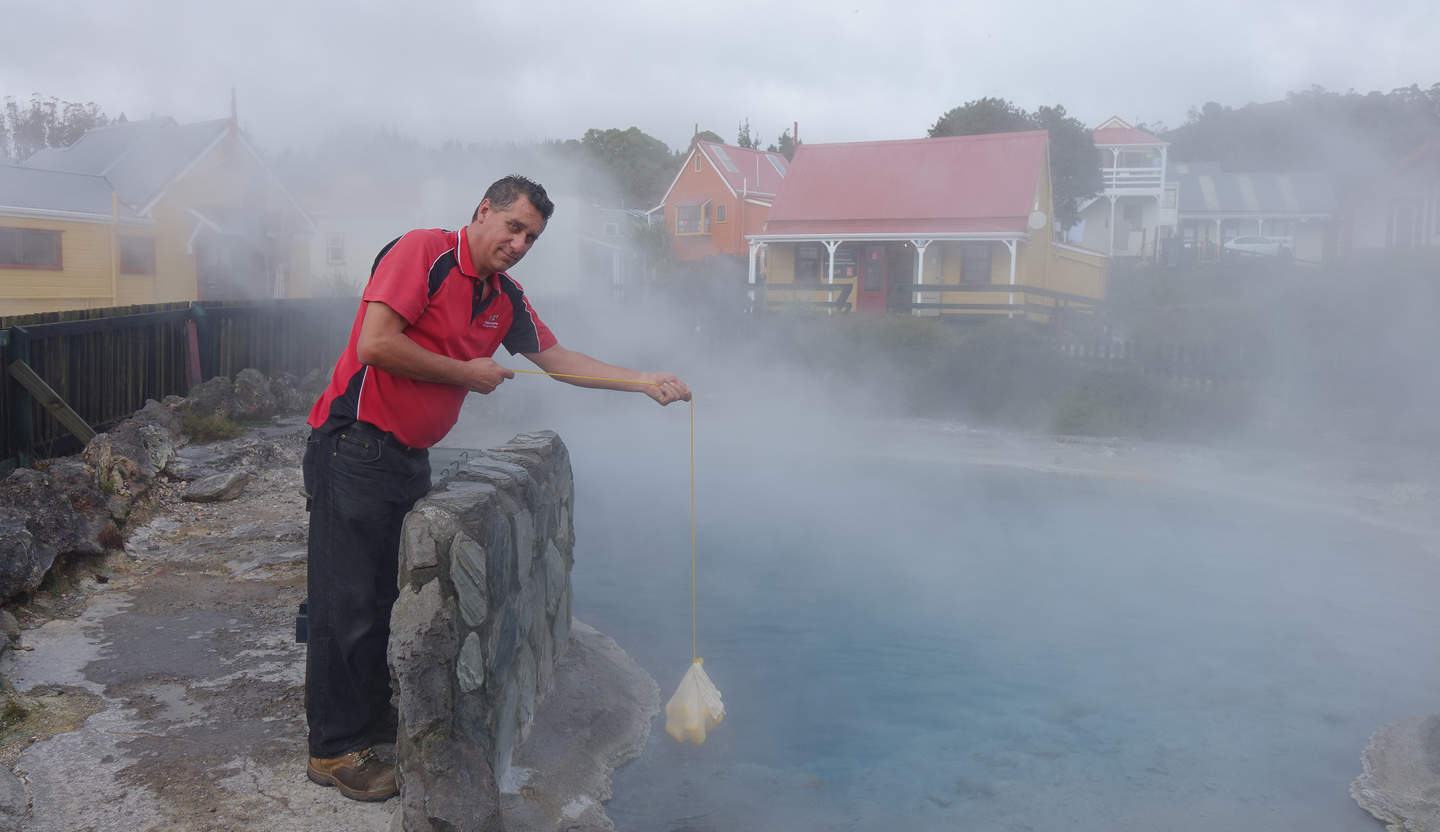 Councils around the country, too, have been beginning to grumble about how to fund much-needed services and amenities, normally paid for by ratepayers but now heavily used by tourists.

In recent weeks the government has made the first move to address the growing burden, announcing a $76-million Department of Conservation tourism infrastructure package as a pre-election sweetener.

He has been lobbying for investment in the Pouakai Crossing to protect the fragile, sub-alpine walkway from hordes of tourists. 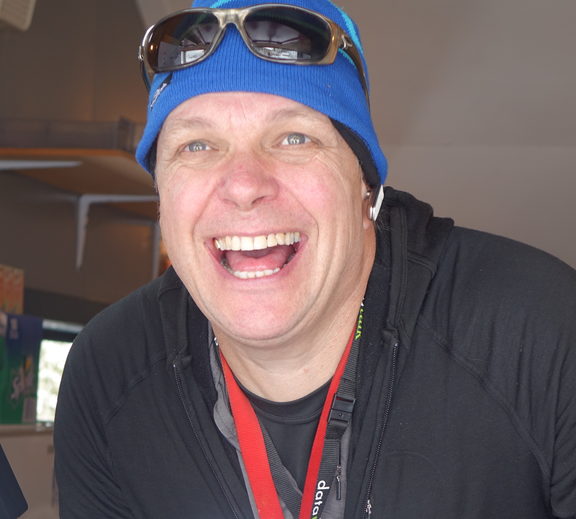 Mr Needs is happy it will now benefit from a $3.4 million share of the infrastructure package, before it is too late.

"The country has seen this massive boost in tourism and some of the regions have been drastically affected by bigger numbers and poor infrastructure," he says.

"Taranaki hasn't necessarily had that, but now we're going to get that infrastructure before the negative impact comes."

In Abel Tasman, Robert Kay says while the government has ruled out a tourist tax, he believes it is the answer to a lot of thorny problems the country can expect as tourist numbers continue to swell, including the increased cost to emergency and rescue services.

A $100 charge per visitor should be levied when they book their tickets to New Zealand, he says - adding that he does not hesitate to pay a tourist tax when entering countries that charge it.

"Taxpayers and ratepayers should not be expected to meet all of the additional costs involved in providing additional facilities with the [Abel Tasman National] Park and elsewhere," Mr Kay says.

"It is not unreasonable to levy all tourists."

*Today RNZ launches a new series, Is this the Brighter Future? Between now and mid-July, our reporters will examine how the National-led government has shaped the lives of New Zealanders - for better or worse - since 2008.