Australia will not back a pledge led by the European Union and the United States to cut methane emissions by 30 percent by 2030, due to farming concerns, Prime Minister Scott Morrison has confirmed. 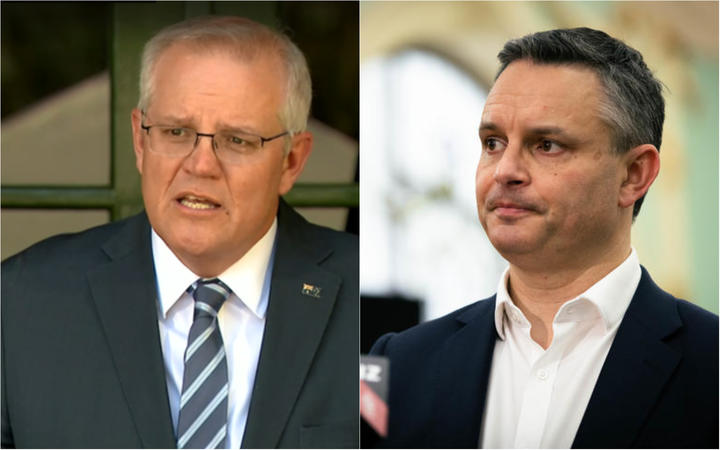 However New Zealand, another major methane emitter through its dairy and sheep industries, may join two dozen other countries in signing the Global Methane Pledge.

"New Zealand is actively considering signing up to the pledge and will take a decision soon," a spokesperson for Climate Change Minister James Shaw said.

The United States and EU announced the methane pledge in September, aiming to rally rapid climate action before the start of UN climate talks in Glasgow, which start on Sunday.

Methane emissions - which come from natural gas, open-pit coal mines, and cattle and sheep - are the second-biggest cause of climate change behind carbon dioxide (CO2). They trap more heat than CO2 emissions but break down faster than CO2 in the atmosphere.

Australia this week adopted a target of net-zero greenhouse gas emissions by 2050, after Morrison secured support from the rural-focused National Party, the junior partner in the ruling conservative coalition.

"What we've said very clearly, though, is we're not signing up to the 2030 methane request," Morrison told reporters in Canberra, denying the refusal was aimed at appeasing the Nationals.

"The only way you can get your 30 percent by 2030 reduction in methane on 2020 levels would be to grab a rifle and go out and start shooting your cattle," Joyce told reporters.

New Zealand support for the methane pledge would be a big step as the dairy industry accounts for around 20 percent of the country's exports.

Methane emissions from agriculture and waste make up more than 40 percent of New Zealand's planet-warming emissions and are largely to blame for a poor record on meeting climate accord targets.

Its dairy cattle numbers have nearly doubled to 6.3 million in the last 30 years to meet growing global demand for the country's dairy products.

New Zealand already has a target to cut methane emissions from agriculture and waste by 24-47 percent from 2017 levels by 2050.