The 48th session of the Council was held in hybrid mode, combining virtual sessions with meetings in Geneva from 13 September to 08 October, with the summary of the meeting confirming the details.

"It's a historic moment for Pacific leadership on climate, and for small islands developing states everywhere - in particular for the Republic of Marshall Islands, Fiji and Vanuatu who have led this work since 2019," Henry Puna said. 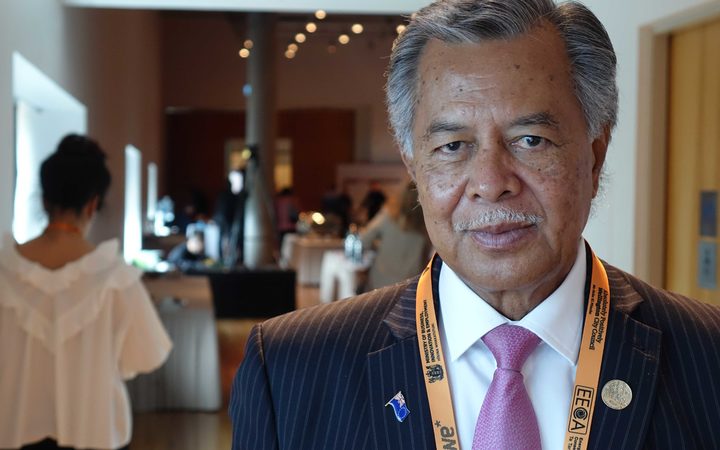 "Thanks to their efforts, the reporting and visibility of the world's most vulnerable people at the forefront of the global climate crisis now has an important extra layer of global support," he said.

"The resolution is also very timely. The findings of the IPCC 2021 climate report confirm sea-level rise is a present and future danger to the very survival of our island nations," Mr Puna said.

"The world is well aware we only have a small window of opportunity to address that scenario, and COP26 is that opportunity."

He also commended the Solomon Islands and Palau, for presenting their Universal Periodic Reviews at the 48th session.

Forum Foreign Ministers in their 2020 Communiqué, joined the growing call for consideration of the role of a UN Special rapporteur on Human Rights and Climate Change to the Pacific, and the Pacific regional support had been conveyed to the President of the Human Rights Council.

One of twenty-five resolutions adopted by the 48th session, the text of the resolution tasked the Advisory Committee of the Human Rights Council to collaborate with the Special Rapporteur to study and prepare a report on the impact of new technologies for climate protection on the enjoyment of human rights.

The resolution received strong support, adopted by a vote of forty-two in favour, one against and four abstentions.

Leading up to the vote, the Marshallese Geneva Mission hosted a panel on Human Rights and Climate Change. The side event was moderated by Ambassador Mele Falemaka PIF Ambassador to the World Trade Organisation.