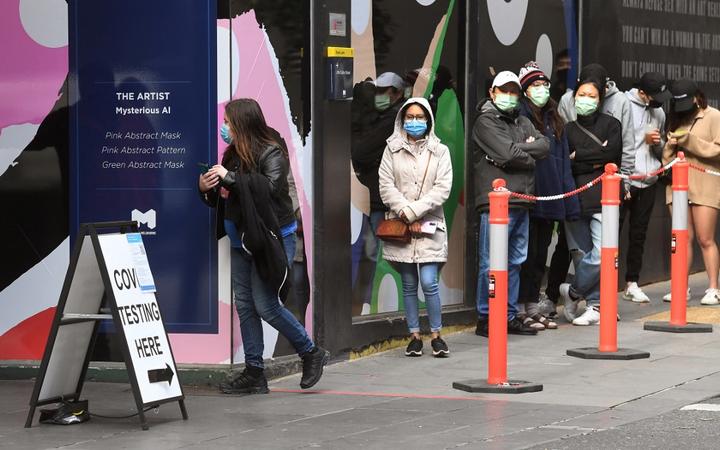 NSW recorded 863 new community cases of Covid-19 in the 24 hours to 8pm yesterday and 15 deaths during that time.

NSW Premier Gladys Berejiklian said 86.2 percent of over 16s have now had a first dose of vaccine and 61.7 percent have received both doses.

She said the state was expected to reach 90 percent first doses by the end of next week.

Health authorities have seen a reduction in cases in Western and south-west Sydney but there has been a surge of cases in regional areas, especially in the Illawarra-Shoalhaven region.

The government said the number of people requiring hospital treatment for Covid-19 was tracking under the modelling but urged people to exercise an "extra degree of cautious" in the coming weeks.

The new infections were detected from 61,322 test results processed on Tuesday, and brings the number of active cases in the state to 9890.

There were 34,028 vaccines administered at state-run sites yesterday, with the total number including GPs and pharmacies to be confirmed later today.

It was expected the state would yesterday hit a target of having 80 percent of the 16+ population protected with at least one dose of a vaccine. Nearly half of that cohort has had both doses.

As a result, there has been a mild easing of restrictions across the state, with the travel radius in locked-down Melbourne and Mitchell Shire increasing from 10km to 15km and the reopening of tennis courts and golf courses.

The City of Latrobe in Gippsland has been suddenly moved to the same settings, after a snap seven-day lockdown was called late yesterday in response to a growing number of cases across at least three towns.

The rest of regional Victoria will be allowed to have slightly more people in hospitality venues, and masks can be removed for beauty and hairdressing services if required.

Victoria's emergency phone service is being inundated with calls amid the rise in Covid-19 cases. The Emergency Services Telecommunications Authority (ESTA) which runs the state's triple-0 services received 3250 calls for help on Monday.

That figure represented its highest number of calls on a single day since it received 3452 requests for help when unique weather conditions triggered asthma in thousands of Victorians and led to 10 deaths.

"Levels which before Covid-19 were seen only on busy weekends are now almost a daily occurrence."