NSW's restrictions will ease next month as the state has recorded 787 new community cases of Covid-19 in the 24 hours to 8pm yesterday. 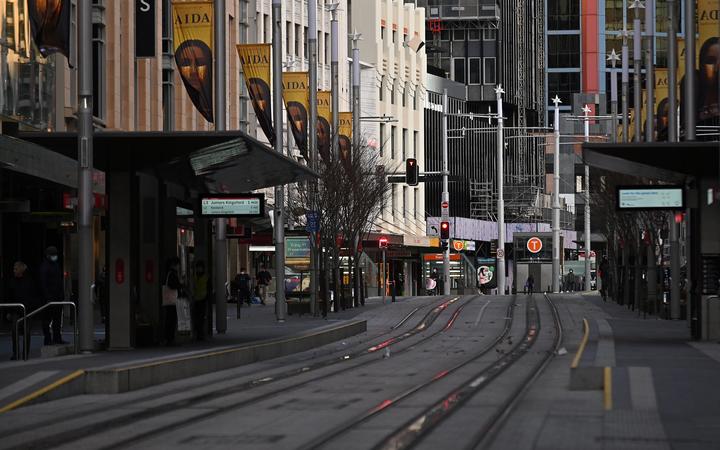 A deserted Sydney CBD that has been in lockdown for three months. Photo: AFP

Twelve people with Covid-19 died in the reporting period.

At a media briefing today, Berejiklian confirmed 11 October as the date lockdown restrictions will start easing in the state.

She said that once 80 percent of adults are fully vaccinated, which is estimated to be about 25 October, people would be able to travel freely throughout NSW. 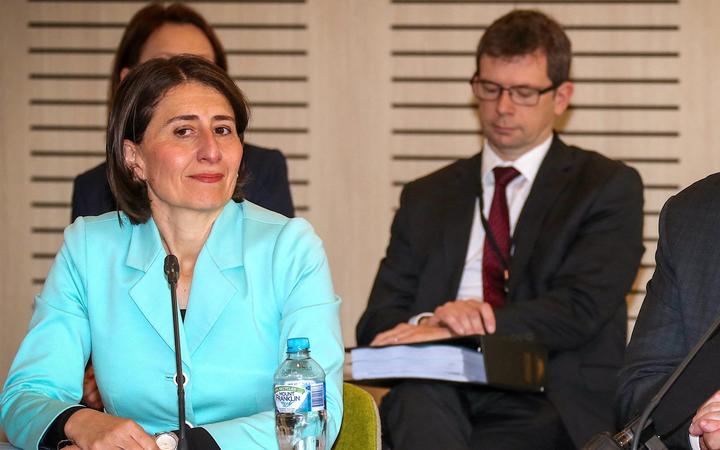 Unvaccinated people will only be allowed to attend places of worship.

People will also be able to have a drink at a pub.

A third stage has been set for 1 December, when it's expected the state will have reached 90 percent double-dose vaccination, the premier said.

On that date, unvaccinated people will be subject to the same rules as those who have been vaccinated.

Masks will no longer be required indoors, and nightclubs will re-open.

It also had one more death, bringing the total death toll of the current outbreak to 25.

The City of Greater Geelong and Surf Coast Shire left lockdown at midnight, with only metropolitan Melbourne and Mitchell Shire remaining in lockdown.

Victoria is expected to reach its target of having 80 percent of the population aged 16 and older vaccinated with at least one dose this week.

At the weekend, Premier Daniel Andrews confirmed a modest easing of restrictions would occur across metropolitan Melbourne and regional Victoria from Wednesday.

The travel radius will be extended from 10 to 15 kilometres, while contactless recreational activities such as golf, tennis and boating will be allowed to resume.

The next milestone in Victoria's roadmap is the staggered return of onsite learning at schools from 5 October.

The government intends conducting trials in businesses and events across highly vaccinated parts of the state so they can open progressively when it meets the key double-dose thresholds outlined in its roadmap.

There were no new community cases in Queensland, Premier Annastacia Palaszczuk said.

There are now 63.7 percent of eligible people in Queensland who have had their first dose of a Covid-19 vaccine and 44.8 percent who have received both.