China has launched three astronauts into orbit to begin occupation of the country's new space station. 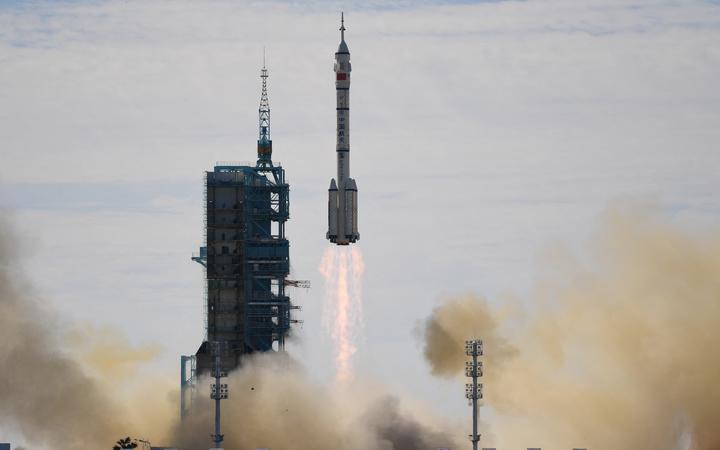 The Long March 2F rocket carrying the Shenzhou-12 blasts off from the Jiuquan satellite launch centre in the Gobi desert. Photo: AFP

The three men - Nie Haisheng, Liu Boming and Tang Hongbo - are to spend three months aboard the Tianhe module some 380km above the Earth.

It will be China's longest crewed space mission to date and the first in nearly five years.

On Thursday, their Shenzhou-12 capsule successfully took off atop its Long March 2F rocket.

Lift-off from the Jiuquan satellite launch centre in the Gobi desert was at 9.22am Beijing time.

The launch and subsequent mission are another demonstration of China's growing confidence and capability in the space domain.

In the past six months, the country has returned rock and soil samples to Earth from the surface of the Moon, and landed a six-wheeled robot on Mars - both highly complex and challenging endeavours.

New technologies to be tested

The primary objective for Commander Nie Haishen and his team on the Shenzhou-12 mission is to bring the 22.5-tonne Tianhe module into service. 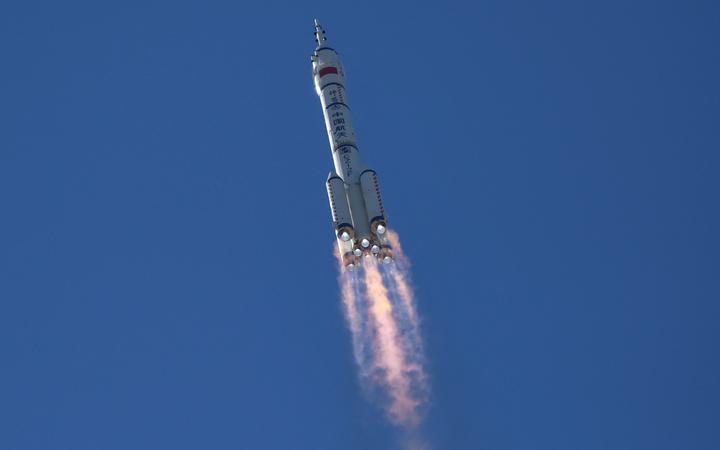 "I have a lot of expectations," Nie said ahead of the launch.

"We need to set up our new home in space and test a series of new technologies. So, the mission is tough and challenging. I believe with the three of us working closely together, doing thorough and accurate operations, we can overcome our challenges. We have the confidence to complete the mission."

This 16.6m-long, 4.2m-wide Tianhe cylinder was launched in April.

It is the first and core component in what will eventually be a near 70-tonne orbiting outpost, comprising living quarters, science labs and even a Hubble-class telescope to view the cosmos.

The various elements will be launched in turn over the course of the next couple of years. The construction will be accompanied by regular cargo deliveries, as well as crew expeditions.

The Chinese authorities kept the identities of the Shenzhou-12 astronauts under wraps until a press conference on Wednesday.

Nie Haisheng, 56, is said to be China's oldest astronaut in space.

He is a veteran of two previous flights, which included a 15-day visit in 2013 to the prototype space station, Tiangong-1. This has since been de-orbited.

His crewmates, Liu Boming, 54, and Tang Hongbo, 45, are also from an air force background. Liu's earlier spaceflight experience was on the Shenzhou-7 mission in 2008 that saw him participate in China's first ever spacewalk.

Tang is the rookie on this occasion, having never before gone into orbit. 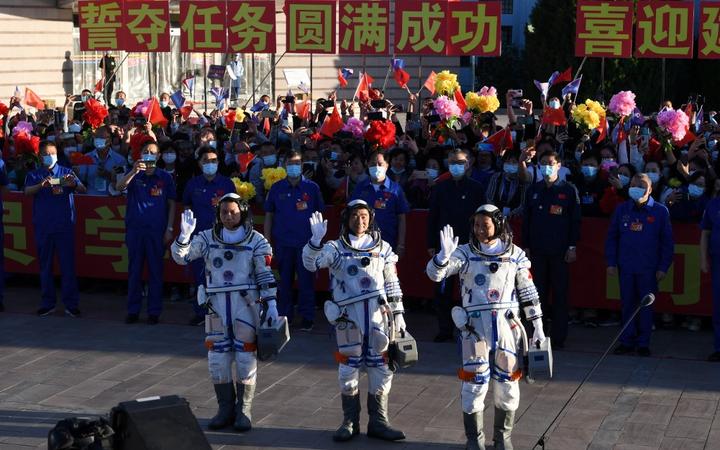 What are China's space ambitions?

China has poured significant funding into its space efforts, and in 2019 became the first country to send an un-crewed rover to the far side of the Moon.

But it's had to go at it alone in developing a space station, in part because it has been excluded from the International Space Station project.

The US, which leads that partnership (with Russia, Europe, Canada and Japan) will not co-operate with the Asian nation in orbit.

For its part, China says it is prepared to open its station to foreign involvement. This is likely in the first instance to mean hosted scientific experiments, but probably also will involve visits by non-Chinese nationals.

Russia, which has shared technology in the past with China, has mentioned in the past the possibility of sending its cosmonauts.

At Wednesday's press conference to introduce the Shenzhou-12 crew, Ji Qiming, an assistant director with China's human spaceflight agency, said: "We welcome co-operation in this regard in general."

"It is believed that, in the near future, after the completion of the Chinese space station, we will see Chinese and foreign astronauts fly and work together," he added.

President Xi Jinping has also thrown his support behind the country's space endeavours and the Chinese state media regularly cast the "space dream" as one step in the path to "national rejuvenation".